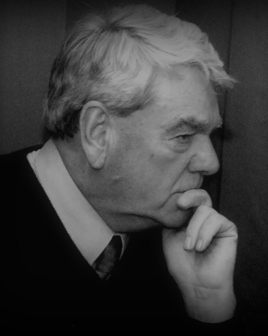 David John Cawdell Irving was born on March 24, 1938, in Essex, England, the son of a Royal Navy Commander. After education at London University, he spent a year working in a steel mill in Germany, where he perfected his fluency in the language. (He later also learned to speak very good Spanish.)

His first book, The Destruction of Dresden, was published in 1963, when he was 25 years old. This was followed by many others, including The Mare's Nest: The Secret Weapons of the Third Reich, The Rise and Fall of the Luftwaffe, The German Atomic Bomb, The War Between the Generals and The Trail of the Fox, a best-selling biography of Field Marshall Erwin Rommel.

His books have appeared in a range of languages. Several have been serialized in prominent periodicals. He has contributed articles to some 60 British and foreign periodicals including the Daily Telegraph and the Sunday Express in Britain, and Stern and Der Spiegel in Germany.

Irving has a track record of uncovering startling new facts about supposedly well-known episodes of history. Much of his effectiveness has been due to his extensive reliance on primary source materials, such as diaries, original documents and so forth, from both official archives and private sources. He is disdainful of scholars who engage in what he calls inter-historian incest, and who thereby help to keep alive myths left over from Second World War propaganda.

“Most of Irving's books,” the Washington Post once noted, “are big, solid works... All are well written, exciting, fun to read, and all contain new information based on sensational discoveries.”

This fiercely independent and iconoclastic historian is widely acknowledged – even by adversaries – as an eminent authority on World War II, Hitler and Third Reich Germany . British historian Hugh Trevor-Roper, writing in the Sunday Times of London, once declared: “No praise can be too high for Irving’s indefatigable scholarly industry.” He also called Irving one of the “few guides I would entirely trust … indefatigable in pursuit of the evidence, fearless in face of it, sound in judgment ...” Another prominent British historian, A.J.P. Taylor, wrote: “David Irving is a patient researcher of unrivalled industry and success."

Professor Gordon Craig of Stanford University, writing in 1996 in The New York Review of Books, remarked: “The fact is that he [Irving] knows more about National Socialism than most professional scholars in his field, and students of the years 1933–1945 owe more than they are always willing to admit to his energy as a researcher and to the scope and vigor of his publications ... Such people as David Irving, then, have an indispensable part in the historical enterprise, and we dare not disregard their views.”

Following the publication in 1977 of Hitler's War, probably his most important single work, he came under fire for its contention that Hitler did not order the extermination of Europe's Jews. The mass killings must have been carried out by Himmler and his cohorts behind Hitler's back, Irving concluded at that time. In 2002 a completely revised and updated deluxe edition of Hitler’s War was published under Irving’s own Focal Point imprint.

His 1981 book, Uprising! , an examination of the 1956 anti-Communist revolt in Hungary, also earned the ire of Jewish-Zionist groups because it did not ignore or whitewash the significant Jewish role in the Hungarian Communist regime. Irving’s biography of Hermann Göring was published in 1989. Churchill’s War: The Struggle for Power, the first volume of Irving’s monumental biography of Britain’s wartime leader, was published in 1987. The second volume, subtitled Triumph in Adversity, appeared in 2001.

Irving’s testimony in the Holocaust trial in 1988 of Ernst Zundel was a startling high point of that important court case. Appearing as the last of 23 defense witnesses, Irving stunned the packed Toronto courtroom by announcing that he had changed his mind about the Holocaust story. During his three days on the stand, he explained in detail why he no longer accepted that masses of Jews were killed in gas chambers during World War II, or that Hitler ordered the extermination of European Jewry.

Irving has made successful speaking tours in Germany, Canada, Australia, South Africa, the United States and other countries.

For example, in the wake of the collapse of the Soviet domination of Eastern Europe, he made triumphal speaking visits in what was still the “German Democratic Republic.” In February 1990 he addressed a large audience in Dresden on the 45th anniversary of the Allied firebombing of that once beautiful, baroque city. Large posters with Irving's picture appeared throughout the city to announce his presentation. He was greeted with flowers by Dresden’s cultural affairs director, and was interviewed on television. When he appeared on stage before the microphones, more than a thousand people gave him a standing ovation. Speaking in fluent German, he recounted Churchill's campaign to obliterate German cities. In June of that same year he returned for another speaking tour in the GDR. In spite of a ten mark admission fee, large crowds came to hear him speak in Leipzig, Gera, and again in Dresden .

On April 21, 1990, Irving was arrested in Munich after having addressed a sell-out crowd in the Bavarian city’s famed Löwenbräu beer-hall because during his talk he had referred to the “gas chamber” shown to tourists at the Auschwitz main camp as a phony postwar dummy (“Attrappe”). His arrest was followed by a spontaneous demonstration of some 250 supporters, who carried posters of Irving and two other Holocaust skeptics, Robert Faurisson and Ernst Zündel. After the crowd made its way past the historic Feldherrnhalle, police waded in and arrested several of the demonstrators.

For that remark, a German court in January 1993 fined Irving 30,000 marks (about $20,000), and later that year he was banned from the country. On the basis of that ban, he was subsequently barred from Canada, Australia, and New Zealand .

As it happens, Irving’s 1990 remark in Munich was, in fact, the truth. As even the curator of the Auschwitz State Museum has since acknowledged, the “gas chamber” shown to hundreds of thousands of visitors to the site is indeed a fraudulent postwar reconstruction.

Over the years Irving has addressed several conferences and meetings of the Institute for Historical Review. For example, in an address at an IHR meeting on April 17, 2005, entitled “The Faking of Adolf Hitler for History,” he identified some of the many fraudulent historical documents that have been cited over the years by “conformist” historians of the Third Reich era.

In 1998 Irving filed a lawsuit in London against Deborah Lipstadt and her British publisher, Penguin Books. He charged that Lipstadt had libeled him in her book, Denying the Holocaust, by calling him a falsifier and a Holocaust denier. After a much-publicized trial in London in early 2000, during which Irving represented himself, the court ruled in favor of the defendants.

In a ruling made public on April 11, 2000, Judge Charles Gray praised Irving's “thorough and painstaking research into the archives,” and commended his discovery and disclosure of many historical documents. He also noted Irving's intelligence and thorough knowledge of World War II history. On balance, though, Judge Gray’s lengthy statement was a severe rebuke of Irving, whom he called an anti-Semitic and racist “Holocaust denier” who had “deliberately misrepresented and manipulated historical evidence.”

Irving was obliged to pay substantial costs of the trial. He lost subsequent attempts to appeal the verdict, and was forced into bankruptcy. But the worst was yet to come.

On November 11, 2005, he was arrested during a visit in Austria for the “thought crime” – committed in 1989 (!) – of having referred to “mythical” gas chambers at Auschwitz. Denied bail, he was held in jail until his trial on February 20, 2006, when a court in Vienna sentenced him to three years in prison for having “denied the Holocaust,” thus turning Irving into the most prominent “thought criminal” in the western world.

In the aftermath of the trial, newspapers, political leaders and intellectuals around the world spoke out against the sentence, as well as against the laws in Europe under which he and other dissidents have been imprisoned and fined for “Holocaust denial” (The only voices of approval were the predictable Zionist ones.)