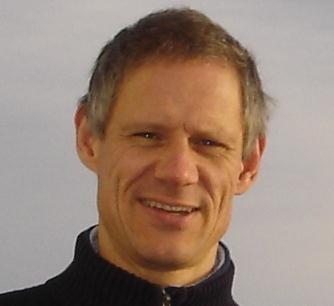 Germar Rudolf was born on October 29, 1964, in Limburg, Germany. He studied chemistry at Bonn University, where he graduated in 1989 as a Diplom-Chemist. From 1990-1993 he prepared a PhD thesis at the Max Planck Institute for Solid State research in conjunction with the University of Stuttgart. Parallel to this and in his spare time, Rudolf re-examined Auschwitz, Birkenau and other installations and buildings, testing brick and mortar samples of delousing chambers and alleged gas chambers for traces of Zyklon B. Following the pioneering work of Fred Leuchter, he put the final forensic nail into the coffin of the Auschwitz story with his 1993 expert report The Rudolf Report. Even though this book on Auschwitz was scientific in nature and utterly apolitical, Rudolf's home and office were raided thrice, his computers and papers seized etc. In 1994/1995 he was charged and tried in Germany for his expert report. As a scientist, he found the "gassing" claims to be scientifically untenable. Rudolf was found guilty and convicted to 14 month imprisonment. As a result, the University of Stuttgart denied him to pass his final PhD exam, relying on a 1939 Hitler law still valid today which permits withholding or withdrawing academic degrees in case of “unworthiness.”

Rudolf tried to avoid serving this prison term by going into British exile with his young wife and two babies. There he started a small revisionist outlet for German language material, Castle Hill Publishers, and the multilingual website www.vho.org, which within a few years outgrew other revisionist websites by size and traffic. In early 1999, due to the permanent persecutorial pressure, his wife filed for divorce and returned to Germany with their two babies.

When Germany wanted to have Rudolf extradited from Britain in 1999, he fled to the U.S., where he applied for political asylum. While his case wound its way through the U.S. legal system, Rudolf expanded his publishing activities into English language material, for instance by launching the ambitious “Holocaust Handbooks Series.” In 2004 Rudolf married again, this time a U.S. citizen, and soon became the father of a young baby daughter. Immediately after this marriage was recognized as genuine by the U.S. Immigration Services in October 2005, and at a time when a hearing of his asylum case was just being scheduled by a U.S. Federal Court, the U.S. government had Rudolf arrested and deported to Germany. Hence his asylum hearing which took place in absentia a few months later was nothing but a farce. In Germany Rudolf was duly arrested and put on trial again for his revisionist publishing activities abroad. Although Rudolf’s activities had been perfectly legal both in the UK and the U.S., Germany nevertheless applied German censorship laws and sentenced Rudolf to another 30 months imprisonment.

On July 5, 2009, Rudolf was released from prison. After a legal battle against the U.S. government lasting almost two years, Rudolf finally succeeded in obtaining an immigrant visa for the U.S. He has been reunited with his wife and daughter since August 2011.

Visit his homepage at www.GermarRudolf.com.

German editor and publisher Germar Rudolf tells how he lost his faith in the holy H, and how this turned his life upside down and into an adventure of the rather unpleasant kind.

There is a certain amount of irony in Professor Deborah Lipstadt's lecture  at Northwestern  U on "Alternative Facts;” given the amount of misinformation surrounding the Irving v. Penguin Trial.

On a Series of video interviews called "The League of Extraordinary Revisionists " Jim Rizoli updates us on Germar Rudolf and his battle for free speech, July 2017. A fantastic video (One hour and 48 minutes), as Jim Rizoli, veteran fighter against the Holocau$t scam, interviews the brilliant German Chemist and author of the Rudolf report, Germar Rudolf.