8. Biographical Notes on the Author

The author in summer 1991, while doing the main work for this expert report 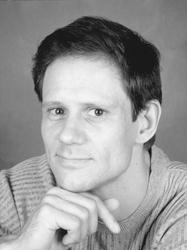 Germar Rudolf, a certified chemist, was born on October 29, 1964, in Limburg/Lahn, Germany. Elite High School Diploma (Gymnasium Abitur) in 1983 in Remscheid, followed by study for a certified chemist’s degree at the University of Bonn, graduation summa cum laude in September 1989. Completion of compulsory military service with the German Luftwaffe (Air Force). Between October 1990 and June 1993, Mr. Rudolf worked on the preparation of a doctoral thesis at the Max Planck Institute for Solid State Research in Stuttgart. Despite the highest recommendations, he was forced to withdraw his dissertation, because the University of Stuttgart threatened to rejected it on political grounds (due to his involvement in revisionism).

Since early 1993, he has been the defendant in several criminal prosecutions resulting from the publication of scientific texts. One of the cases resulted in a 14 months prison sentence. Shortly after the appeal for this case had been rejected in March 1996, but before an arrest warrant had been issued for him, he decided to leave his native Germany and to go into exile, first England, then, in late 1999, the United States, where he applied for political asylum. In late 1996, Mr. Rudolf established the publishing house Castle Hill Publishers and, simultaneously, a quarterly historical periodical in the German language, with the aim of addressing critical aspects of contemporary history currently suppressed in all German speaking countries. In 2000, he started publishing English language books on revisionist topics under the imprint of Theses & Dissertations Press, a firm originally established by Robert H. Countess and purchased by Rudolf in summer 2002. Between 2003 and 2005, he also published a quarterly historical language of English language, which focuses on the same topics as his German periodical. 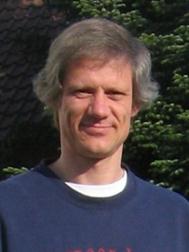 In late summer 2004 Rudolf married a U.S. citizen. Due to this he applied for permanent residence in the U.S. while his asylum case was still pending. As a result he and his wife were asked to appear to an interview with the U.S. Immigration Services on October 19, 2005. Their marriage was subsequently certified as valid and genuine, but right after the couple had obtained their certificate, Rudolf was arrested and four weeks later deported to Germany, with the reason given that Rudolf, as a rejected asylum seeker, has no right to apply for permanent residence. In Germany he was arrested at the airport and incarcerated. In the years 2006/2007 he was tried for numerous items he had published while residing in the USA. Although perfectly legal there, Germany nevertheless applies German law to those cases, if such publications are accessible in Germany via the internet or are being imported to Germany. Rudolf was sentenced to an additional 30 months of imprisonment. Together with his old verdict of 14 months, he subsequently spent 44 months in various German prisons before being released on July 5, 2009.

Roughly one month after his release he left Germany for good – or so he hopes.