A Visit to Auschwitz
Historical News and Comment
By Enrique Aynat Eknes
Published: 1990-04-01
Report a problem

From the 18th to the 25th of June of 1989 I was in Poland with the aim of visiting the State Museum of Oswiecim (the old German concentration camps of Auschwitz and Birkenau) and carrying out research in the Museum's archives.

Arrival at the Camp

I arrived at the camp on June 19, 1989 and immediately contacted one of the secretaries, telling her the purpose of my trip. The secretary immediately telephoned Mr. Kazimierz Smolen, the director of the Museum, and then, I suspect at the request of Mr. Smolen, asked for my academic qualifications. I showed her various credentials I had brought with me from Spain (one from the library of the University of Valencia and another identifying me as a researcher in the archive of the Spanish Minister of Foreign Affairs). She appeared to be impressed by these documents but told me that before gaining access to the archives I must have an interview with Mr. Smolen.

The interview took place at 12 o'clock the same day, June 19, and lasted approximately 30 minutes. Mr. Smolen seemed to be distrustful. The conversation was carried on through an interpreter who spoke English (other than Polish, Mr. Smolen speaks only German). I explained to him that I was doing research on the "Auschwitz protocols"[1] and on the crematory furnaces of Auschwitz-Birkenau.

First of all I asked him if there were any documents in the archives relating to the arrival, stay, and escape of the supposed authors of the "protocols." It is known that the Germans kept daily Admittance lists" (Zugangslisten) in which they entered personal data on the prisoners. They likewise kept a "prisoner count book" (Stärkebuch) in which, among other information, they entered every day the names of prisoners who had escaped. Mr. Smolen answered me by saying that the "admittance lists" and the "prisoner count book" corresponding to the dates of the arrival and escape of the five supposed authors of the "protocols of Auschwitz" no longer existed, doubtless because they had been destroyed by the Germans or been lost.

I also asked him if he knew the identity of the fifth escaped prisoner, a Polish commanding officer who was still unknown at least to all the specialists. He replied that yes, he knew the man in question, a Doctor Jerzy Tabeau, who was still alive and a cardiologist and professor on the medical faculty of the University of Cracow. He told me that Tabeau has not written anything regarding his stay in Auschwitz since the end of the war.

I next asked him what opinion he held regarding the thesis of the French "Exterminationist" Jean-Claude Pressac, who maintains that the Birkenau crematoria were conceived without any criminal intent, but were merely later modified for use as instruments of extermination.[2] Smolen made it clear that he was decidedly not of that opinion. Smolen said he was personally acquainted with Pressac, who has been doing research in the museum archives. He indicated that he would like to know more about Pressac's thesis, and since I had brought along photocopies of his articles, we made an appointment to meet the following day, when he would bring along a French language interpreter.

The interview took place at 10:15 a.m. on June 20 and lasted approximately 45 minutes. As expected, it was carried on through an interpreter in French.

Mr. Smolen said that he had not read Pressac's writings. He stated that at no time had Pressac ever conveyed to him his conclusion that there was nothing out of the ordinary in the original conception of the crematories. Naturally, Smolen did not agree with the thesis. In his opinion, Pressac had come to a false conclusion from the fact that the designation "gas chamber" does not occur in the crematory plans. I pointed out to him that Pressac bases his thesis on the fact that the plan of the crematories is ridiculously ill-suited for carrying out a massive, industrial-type extermination of human beings. Mr. Smolen said that Pressac was a pharmacist rather than a professional historian and implied that he lacked competence in historical matters. I believe Mr. Smolen was thinking, about then, that it had been a mistake to permit Pressac free access to the archives.

I find Smolen's opinion to be most significant in that it sees the thesis of Jean-Claude Pressac – considered by some "Exterminationists" to be the foremost expert in the matter of the Birkenau crematories – as a head-on challenge to the official thesis defended by the authorities of the State Museum of Oswiecim.

I also questioned Smolen about a document of the "Central Construction Office of the Waffen-SS and Police of Auschwitz" (Zentralbauleitung der Waken SS und Polizei Auschwitz), dated the 28th of June of 1943, which gives the daily cremation capacity of the crematories of Auschwitz and Birkenau. According to this document, Crematoriums II and III of Birkenau were each capable of cremating 1,440 cadavers per day. I pointed out to him that this was a greatly exaggerated figure, not even within the capacity of the most modern of today's crematories. Mr. Smolen replied that the document was indeed authentic and confirmed by the testimony of a survivor, Filip Müller. I raised the objection that the testimony of Filip Müller, who was supposedly assigned to the crematories during this time at Birkenau, could hardly be considered a trustworthy historical source, firstly because it had been written 34 years after the war, and secondly because it contained passages that were not worthy of any credibility whatsoever.[3] Mr. Smolen nonetheless affirmed that Filip Müller's testimony was irrefutable.

It is very significant that in order to uphold the veracity of this document from the Zentralbauleitung of Auschwitz the museum director should cite testimony so little worthy of credibility as that of Filip Müller.

I next asked him for the register numbers of the supposed authors of the "Auschwitz protocols,"[4] a subject we had discussed the day before. I asked him to explain where the register numbers had come from that were published in the "calendar" of the Museum,[5] if, as he had said the day before, the Germans had destroyed all the documents pertaining to the matter. Smolen hesitated a moment, then answered that he would have to study the question and that I should put it in writing. He said he would answer me by letter.[6] 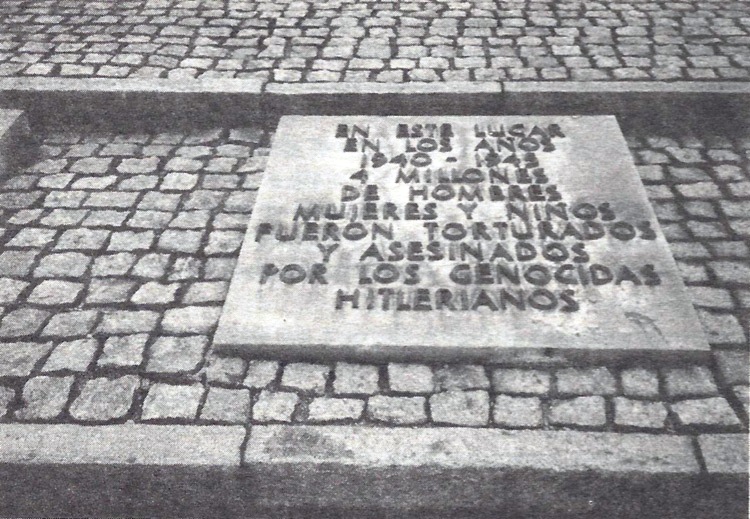 Figure 1: Inscription on the Birkenau monument 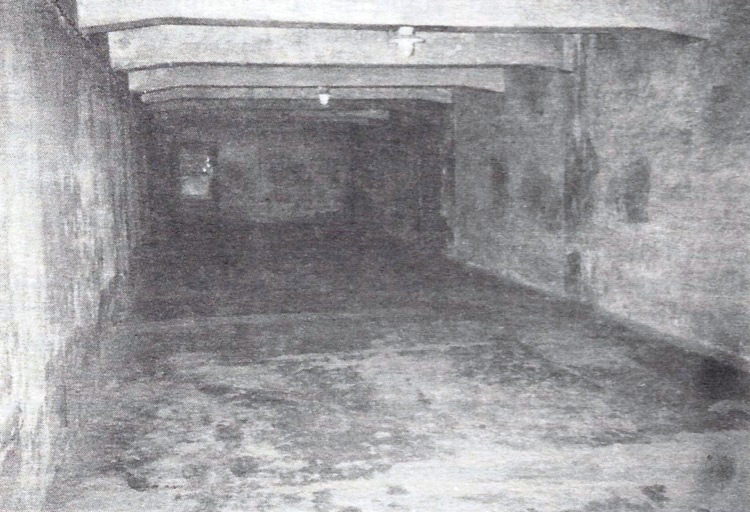 At this point Mr. Smolen declared that he was in a hurry, since he had to attend a meeting. He told me to put any other question I had for him in writing. I nevertheless asked him for the number of deaths that had occurred in Auschwitz-Birkenau during the entire war. He replied that this number was now subject to discussion, that the exact number of victims could not be determined, but that it was somewhere between a million and four million. However, this uncertainty with respect to fixing the number of the victims of Auschwitz-Birkenau contrasts sharply with that of the Birkenau monument, which sets the figure of those slain unequivocally at four million (see Figure 1).

Finally, I asked Mr. Smolen for authorization to carry out research in the archives on the plans of the Birkenau crematoriums, as Pressac has done. He answered by saying that the keeper of the archives was on vacation and that it was impossible. I pointed out to him that I had come from Spain for the express purpose of research in the archives. He replied that I should have written beforehand announcing my arrival. Nevertheless, he said, I could request the plans by letter and he would send me photocopies. After some insistence, I did obtain permission to go into the archives for the sole purpose of studying the telegrams sent to the Gestapo reporting the escape of four of the supposed authors of the "Auschwitz protocols."

The Telegrams to the Gestapo

In the archives (block 24), I could see that I was the only visitor and that there were several employees who appeared to be idle. I was provided with a volume containing the telegrams received by the Staatspolizeistelle of the Gestapo in Hohensalza. These were original documents. Among them were the telegrams reporting the escape of Rosenberg, Wetzler, Mordowicz and Rosin. I studied them for 45 minutes, comparing them with the other telegrams. In outer aspect (paper, seals, ink) they seemed authentic, although since I lack the qualifications of an expert, I am not really the one to express an opinion as to their authenticity. As for the content, it surprised me that they offered no marks of identification for the prisoners, not even their camp register numbers.

I obtained photocopies of the documents.

On June 22, 1989, I traveled to Cracow with the intention of finding Doctor Jerzy Tabeau. I checked the telephone directory and got the address and telephone number of Doctor Tabeau, although a taxi driver later told me that there was no such address, as I could verify from a map of the city. No one answered the telephone.

The information given in the telephone directory was as follows:

Visit to the Museum Installations

I spent three days looking over the remains of the Auschwitz and Birkenau concentration camps.

At Auschwitz, the supposed gas chamber of Crematory I (see Figure 2), which is the place most frequently visited, merits special attention. This area was initially a mortuary (Leichenhalle); in June of 1943 it was converted into an "anti-aircraft shelter for the SS infirmary, complete with an operating room" (Luftschutzbunker für SS Revier mit ein em Operationsraum).[7] The Germans then constructed a number of partition walls within the room to protect it against shock waves from the bombs. After the war, the Museum authorities tore down the partitions in order to give the area a feeling of greater capacity. However, traces of these partitions are still visible on the walls and floor. The miserable dim lighting of the place is no doubt for the purpose of hiding the modifications made after the war.

There was also a swimming pool within the Auschwitz camp area for the use of the internees (see Figure 3). This swimming pool is situated on the south side of the camp and outside the tour route established by the Museum authorities for visitors. The reason for this, in my opinion, is that the presence of a recreation installation doesn't fit in very well with the image they attempt to give Auschwitz as a "death camp."

As for the Birkenau camp, it contains the remains of four crematories wherein allegedly the extermination of most of the Jews transported to Auschwitz was carried out. These crematories were destroyed by the Germans shortly before 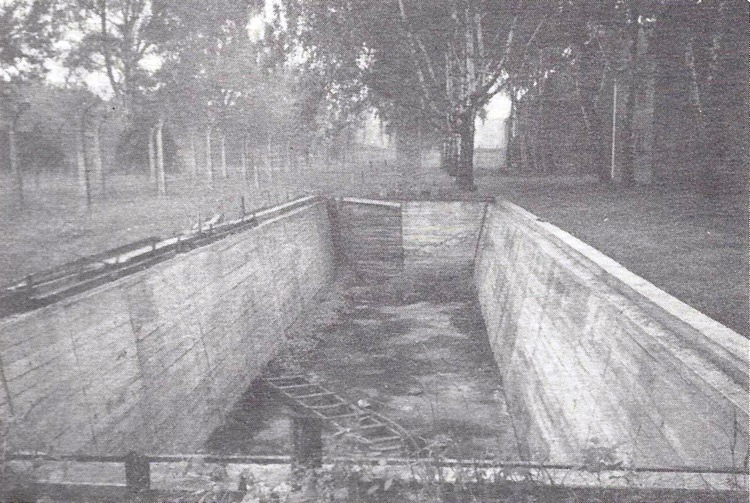 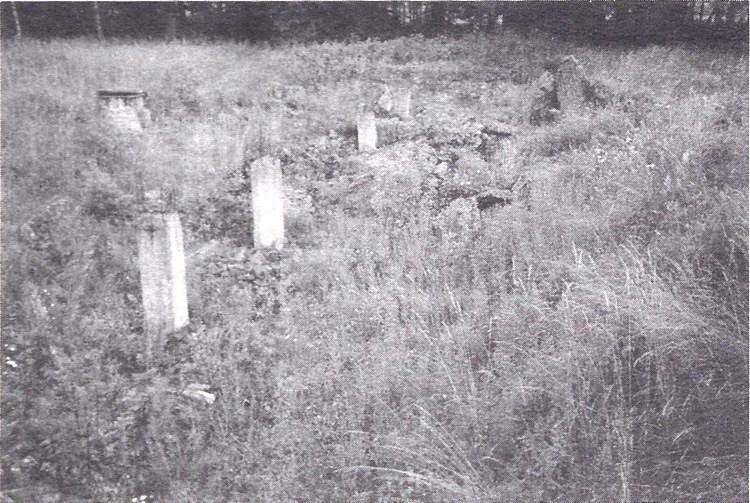 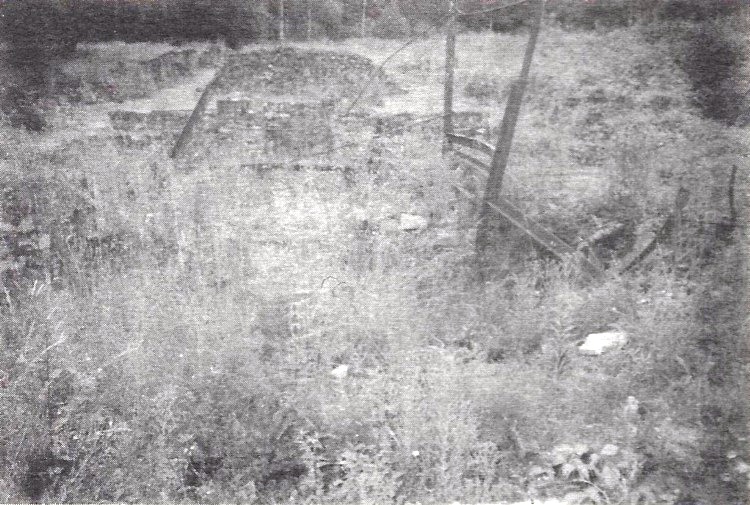 their evacuation from the camps. All that is preserved of Crematories II and III are the ruins of the buildings and the half-buried remains of the mortuaries (see Figure 4).[8] The scanty remains of Crematory IV are completely covered by vegetation, and all that is left of Crematory V is the cement floor, a few traces of the interior brick partition walls and a jumble of scrap iron in place of what was once the ovens (see Figure 5).

The Museum authorities are putting together a "remake" of Crematories II-III in sector B II f of Birkenau, where formerly the sports field was located. At a glance, it appears to be a full-size reconstruction. The crematory building is made of "papier-maché" held up by beams and strips of wood. The half-buried mortuaries (Leichenkeller) are made of concrete and do not follow the dimensions of the plans. On June 21, 1989, the construction was encountering considerable difficulties. The concrete ceiling of Leichenkeller 1 had great cracks in it, and Leichenkeller 2 was under several inches of water. Part of the "papier-maché" structure had collapsed a short time before.

(All photographs are by the author.)