On July 3, 2013 Mr. Bradley Smith wrote your office at the USHMM regarding the Rosenberg papers, asking, “Why do you not simply scan and post the documents publicly so that everyone who is interested in the matter can view and analyze them for themselves? Once that is completed, the papers can then be returned to the Rosenberg family, who appear to be the legal owners.”

Because of the importance of the papers, it seemed a reasonable question. While the USHMM has not yet posted the documents, it did add a webpage on the matter at http://tinyurl.com/nyfapwe

Your page claims that “The Museum is racing to rescue the evidence of the Holocaust.”

Ok. That’s good. Now why don’t you simply share that evidence with the public?

Unfortunately, the new webpage does not give any additional information on the relevant papers. Instead, its purpose appears to be to whitewash the actions of the man who filched the evidence from the Court, Robert Kempner. The U.S. Immigration and Customs Enforcement’s webpage on the Rosenberg Papers states,

“Dr. Robert M.W. Kempner was a German lawyer who fled Germany for the United States during the war. At the conclusion of the war, Kempner served as the deputy chief counsel and was the chief prosecutor in the ‘Ministries Case’ at the Nuremberg Trials. In this role, Kempner had access to seized Nazi documents in his official capacity as an employee of the U.S. government. At the conclusion of the Nuremberg Trials, Kempner returned to the United States and lived in Lansdowne, Pa. Contrary to law and proper procedure, Kempner removed various documents, including the Rosenberg Diary, from U.S. government facilities in Nuremberg and retained them until his death in 1993.”
http://tinyurl.com/khfeoo6 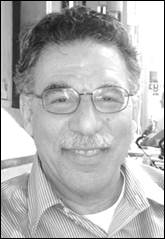 Your website says, “Kempner received permission from the Office of the Chief of Counsel of War Crimes to retain unclassified documents ‘for purposes of writing, lecturing and study.’” This appears to be contrary to all protocol regarding evidence collected in a criminal prosecution, and it is contradicted by the comments of the ICE itself. But the use of quotation marks implies that there was a written document authorizing Mr. Kempner’s removal of documents. Was there? Please respond to this question. Was the Museum, or was it not, quoting a particular document?

If this document exists, it could also provide an insight into what other evidence Mr. Kempner took from the Court files. Your webpage admits: “He returned home with an unknown number of documents in his possession.” We believe we know that Kempner destroyed evidence favorable to the defendants, specifically the important Schlegelberger Memo of March 1942. What other evidence did Kempner take? Why did he take it? The other “unknown number of documents” could be of even greater importance than the papers written by Rosenberg!

We at CODOH thank those at the U.S. Immigration and Customs Enforcement’s branch, Homeland Security Investigations, for saving the Rosenberg papers. We encourage them to continue with this important investigation of other stolen and destroyed evidence; not only the evidence taken by Mr. Kempner, but all documents and records improperly taken from the Court files.

In the meantime, the United States Holocaust Memorial Museum should expeditiously scan and post the entire collection of the Rosenberg Papers and break the miasma of obscurity which has haunted these Papers for 70 years.