A New Version of the Holocaust Story

More than two years ago – in an essay I wrote on September 22, 1993 – I said that one day organized Jewry eventually would be obliged to give up the lie about Nazi gas chambers, while at the same time still insisting that "the Holocaust" is an irrefutable truth. That day came in December 1995, when a lengthy article, "De mythe van de efficiente massamoord" ("The myth of the efficient mass murder"), written by a Dutch university professor of Polish-Jewish ancestry, appeared in the Netherlands journal Intermediair (Dec. 15, 1995).

While Prof. Michel Korzec predictably criticizes the revisionists, he also acknowledges the value of their arguments, and calls for an end to the legal persecution of revisionism. The revisionists, he writes, "are especially active in the United States, England, France, Germany, Belgium, Sweden and Australia. They publish books and organize scholarly conferences and symposia ... The American revisionists publish their scholarly-appearing magazine in California under the title Journal of Historical Research [sic] ... The worldwide club of Holocaust revisionists is a very mixed group. It certainly includes neo-Nazis, but also anarchists, (ex-) Marxists and even people of Jewish ancestry."

Korzec declares that too much emphasis has been placed on the gas chambers and the number of gassed victims. With almost cabalistic dialectic adroitness, he argues that it is the Germans, and not the Jews, who are responsible for this error. "Were six million Jews really killed by the Nazis, as affirmed at Nuremberg and elsewhere?," Korzec asks. His answer is: "Very likely ... the final figure is five million." He then adds: "Of this five million perhaps 700,000 to 800,000 were gassed." Korzec does not tell us how he arrives at these figures, which is all the more remarkable because he acknowledges that he does not know how many Jews perished in camps such as Treblinka and Sobibor, or even in Auschwitz or Birkenau. He writes: "In other extermination camps as well, such as Treblinka and Sobibor, fewer people were killed than has so far been affirmed or assumed. How many fewer? We still don't know." 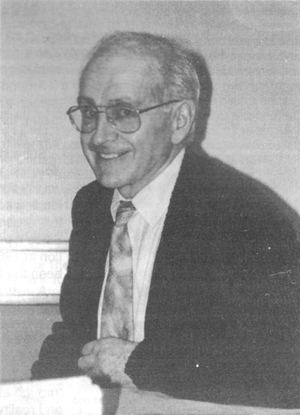 For half a century, Korzec maintains, "American, Russian, English and Israeli propaganda has held fast to the 'industrial-bureaucratic' interpretation of the Holocaust. This interpretation gives the demonic character of this mass murder a special dimension." According to this view, only a few Germans were involved in a small number of chemical slaughterhouse killings.

In fact, writes Korzec, "most of the Jews were killed by primitive means: shooting, beating, hanging, starvation." Because the "final solution" killings were carried out on "local initiative" in numerous locations in eastern Europe, many more Germans took part in the "mass murder" than has been assumed. In other words, he maintains, the fewer the number of gassed Jews, the greater the number of "guilty" Germans. Consistent with this thesis, Korzec shamelessly suggests that Germany's judicial authorities punish people for "Holocaust denial" (which is often referred to there as "the Auschwitz lie") in order to give credibility to a view that is favorable to the Germans – namely that only a small number of Germans participated in the "mass murder" of Jews.

Flemish-Belgian publisher Siegfried Verbeke, who has shown extraordinary courage in bringing out numerous revisionist books and a revisionist periodical, reproduces in facsimile the entire text of Korzec's Intermediair article in a recent issue of his VHO Nieuwsbrief. Verbeke regards this article as significant because a Dutch professor is promoting a public discussion that is taboo in the Netherlands. (For more about Verbeke and his VHO Foundation, see the Jan.-Feb. 1996 Journal, p. 46).

Swiss educator Jürgen Graf, author of several revisionist works in German and French shows similar courage and dedication. (I am grateful to him for the translation of Korzec's article.) Graf wonders if Korzec's article is a unique view, or if it is perhaps a "trial balloon" to test public reaction to a new version of the Holocaust story. He tends to believe the second hypothesis, because he doubts that a Jewish professor could afford to show such audacity in publishing this article in the Netherlands without first consulting the country's Jewish leaders.

I, for one, regard this article as a personal initiative of Prof. Korzec, but also as part of an inevitable process by the Jews themselves to revise Holocaust history. The Jews have already abandoned the "Jewish soap" myth (that the Germans made soap bars from the bodies of their victims), while at the same time impudently claiming that this lie was invented by the Germans. Jews have similarly given up the claim of four million Auschwitz victims, while insolently contending that this is a lie of Polish origin.

Accordingly, I am not surprised that a Jewish professor now argues that the story of the gas chambers as the main "Holocaust" instrument is a lie that serves German interests. Nine years ago, two French Jews put forward the thesis that the Germans invented the gas chamber story as a "time bomb" that they knew would one day explode against the Jews. (Letter by Ida Zajdel and Marc Ascione in the periodical Article 31, Jan.-Feb. 1987, p. 22.)