A short introduction to the study of Holocaust revisionism

Article published in the Daily Northwestern of May 13, 1991, corrected May 14.

The links are to commentary and documentation that did not appear in the original article, and which will be continually updated and elaborated. A lengthier presentation of the ideas found here are in my 1982 article Context and Perspective in the "Holocaust" Controversy. 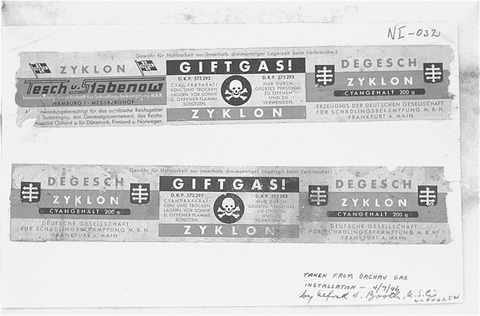 I see three principal reasons for the widespread but erroneous belief in the legend of millions of Jews killed by the Germans during World War II: US and British troops found horrible piles of corpses in the west German camps they captured in 1945 (e.g. Dachau and Belsen), there are no longer large communities of Jews in Poland, and historians generally support the legend.

During both world wars Germany was forced to fight typhus, carried by lice in the constant traffic with the east. That is why all accounts of entry into the German concentration camps speak of shaving of hair and showering and other delousing procedures, such as treatment of quarters with the pesticide Zyklon. That was also the main reason for a high death rate in the camps, and the crematoria that existed in all.

When Germany collapsed in chaos then of course all such defenses ceased, and typhus and other diseases became rampant in the camps, which quartered mainly political prisoners, ordinary criminals, homosexuals, conscientious objectors, and Jews conscripted for labor. Hence the horrible scenes, which however had nothing to do with "extermination" or any deliberate policy. Moreover the west German camps involved were not the alleged "extermination camps", which were all in Poland (e.g. Auschwitz and Treblinka) and which were all evacuated or shut down before capture by the Soviets, who found no such scenes.

The "Final Solution" spoken of in the German documents was a program of evacuation, resettlement and deportation of Jews with the ultimate objective of expulsion from Europe. During the war Jews of various nationalities were being moved east, as one stage in this Final Solution. The legend claims that the motion was mainly for extermination purposes.

The great majority of the millions allegedly exterminated were east European, not German or west European, Jews. For that reason study of the problem via population statistics has been difficult to impossible, but it is a fact that there are no longer large communities of Jews in Poland. However the Germans were only one of several parties involved in moving Jews around. The Soviets deported virtually all of the Jews of eastern Poland to their interior in 1940. After the war, with Polish and other Jews pouring out of the east into occupied west Germany, the Zionists moved large numbers to Palestine, and the US and other countries absorbed many Jews, in most cases under conditions making impossible a numerical accounting. Moreover the Polish borders were changed drastically at the end of the war; the country was literally moved west.

Historians generally support the legend, but there are precedents for nearly incomprehensible blindness on the part of scholars. For example throughout the Middle Ages even the Pope's political enemies conceded his false claim that the 4th century Emperor Constantine had ceded rule of the west to the Pope, although all knew very well that Constantine had been succeeded by more emperors. Near unanimity among the academics is especially suspect when there exist great political pressures; in some countries Holocaust revisionists have been prosecuted.

It is easy to show that the extermination legend merits skepticism. Even the casual reader of the Holocaust literature knows that during the war virtually nobody acted as though it was happening. Thus it is common to berate the Vatican, the Red Cross and the Allies (especially the intelligence agencies) for their ignorance and inaction, and to explain that the Jews generally did not resist deportation because they did not know what was in store for them. If you add all this up you have the strange claim that for almost three years German trains, operating on a continental scale in densely civilized regions of Europe, were regularly and systematically moving millions of Jews to their deaths, and nobody noticed except for a few of our Jewish leaders who were making public "extermination" claims.

On closer examination even those few Jewish leaders were not acting as though it was happening. Ordinary communications between the occupied and neutral countries were open, and they were in contact with the Jews whom the Germans were deporting, who thus could not have been in ignorance of "extermination" if those claims had any validity.

This incredible ignorance must also be attributed to Hans Oster's department in German military intelligence, correctly labelled "the veritable general staff of the opposition to Hitler" in a recent review.

What we are offered in evidence was gathered after the war, in trials. The evidence is almost all oral testimony and "confessions". Without the evidence of these trials there would be no significant evidence of "extermination". One must pause and ponder this carefully. Were trials needed to determine that the Battle of Waterloo happened? The bombings of Hamburg, Dresden, Hiroshima and Nagasaki? The slaughter in Cambodia? Yet this three year program, of continental scope, claiming millions of victims, requires trials to argue its reality. I am not arguing that the trials were illegal or unfair; I am arguing that such historical logic as the legend rests on must not be countenanced. Such events cannot happen without generating commensurate and contemporaneous evidence for their reality, just as a great forest fire cannot take place without producing smoke. One may as well believe that New York City was burned down, if confessions to the deed can be produced.

Detailed consideration of the specific evidence put forward in support of the legend has been a focus of the revisionist literature and cannot be undertaken here, but I shall mention one point. The claim of the legend is that there were no technical means provided for the specific task of extermination, and that means originally provided for other purposes did double duty in improvised arrangements. Thus the Jews were allegedly gassed with the pesticide Zyklon, and their corpses disappeared into the crematoria along with the deaths from "ordinary" causes (the ashes or other remains of millions of victims never having been found).

Surely any thoughtful person must be skeptical.

On the Abwehr, or German military intelligence, Walter Laqueur's The Terrible Secret is good. The remark about Hans Oster's department being "the veritable general staff of the opposition to Hitler" appeared in the American Historical Review, Feb. 1988, p. 184.

— Arthur R. Butz is an associate professor of electrical engineering.