In August 2014 Professor Robert Faurisson was interviewed by Tépa (real name Patrick d'Hondt, a native of Réunion) for Meta TV, a web-site that calls itself "France's first free and independent media of alternative information." 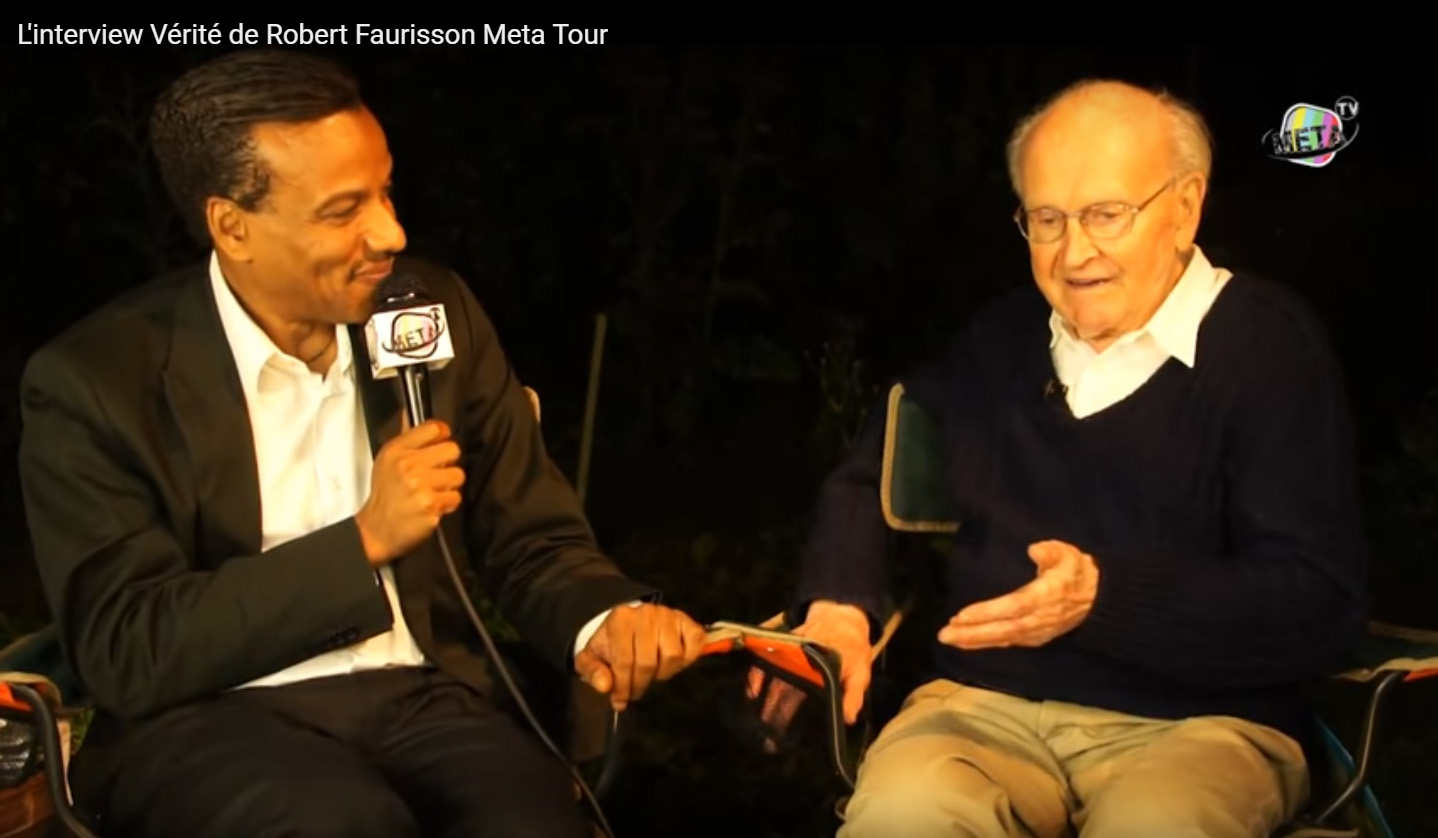 On 23 November 2016 in Paris, a criminal prosecution of Faurisson and his interviewer, because of statements made during the interview, concluded with harsh fines for both.

In addition, the two are jointly responsible to produce the sum of 9000 euros for “damages” supposedly caused by Faurisson's statements: 6000 for LICRA (the International League Against Racism and Anti-Semitism), and 3000 for the BNVCA (National Bureau of Vigilance Against Anti-Semitism).

In total, the two men together are obligated for 22,500 euros as punishment for disputing Jewish claims about history.

This is in addition to the fine of 9000 euros imposed on Professor Faurisson last September for a statement uttered in Tehran in 2006.

Responding to an inquiry, Professor Faurisson states that he has no prospect of being able to pay the fines. The term of imprisonment that he will have to serve in lieu of paying, although imprisonment is far from being a new experience for him, is terribly onerous now, at this stage of his life:

"I have no idea how I could pay such an amount of money. I would be ready to go to prison but my wife, 85, needs my presence. Her two sisters are ill and cannot take care of her."

Professor Faurisson may be contacted as follows.