Hurray! The fanatical anti-free-speech British Home Secretary Amber Rudd has resigned in disgrace. The Tory politician was the leader in an attack on Internet Freedoms, advocating jailing people for up to 15 years behind bars if they "repeatedly" view banned online content.

"‘I want to make sure those who view despicable terrorist content online, including jihadi websites, far-right propaganda and bomb-making instructions, face the full force of the law,’ said Rudd." 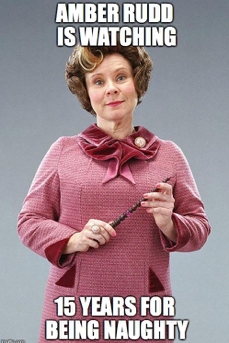 Is her wand broken?

The purge of Rudd was part of the tit-for-tat battle between Labor and the Tories. Labor accuses the Tories of racism while the Tories accuse Labor of anti-Semitism.

A typical Tory attack on Labor was an article in the Spectator by Journalist Stephen Daisley, headlined "The Labor party has become institutionally anti-Semitic," where we read:

In the past, Labour [sic] has been quick to take a stand against bodies where racism, sexism, and homophobia were allowed to fester. Discrimination was discrimination, and institutions in which it routinely took place were culpable for it. But anti-Semitism now routinely takes place in the Labour party – and party members must acknowledge this. By its own definition, the Labour party is institutionally anti-Semitic.”

A typical attack on the Tories was the article headlined “The Conservative Party is institutionally RACIST and the media don't care.” What does that tell you?

"If you think the Windrush scandal is over, think again – and remember the Conservative Party has not changed a single aspect of the policies that led to the isolation, persecution, imprisonment and deportation of innocent UK citizens."

The Tories and Labor are neck and neck in the polls, each with around 40% of the vote. Each side is trying to embarrass the other because the electoral victory is at stake. Grandstanding and politically correct rhetoric flows; common sense fades. The losers are the rights of the public and internet freedoms. 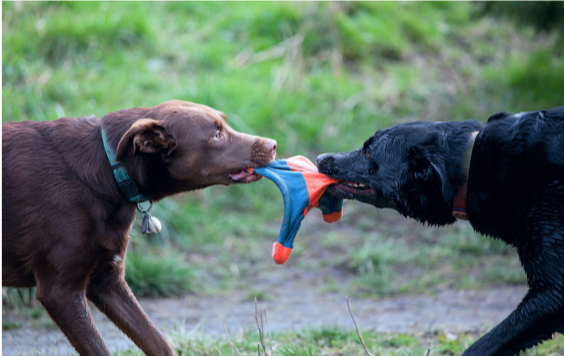 Is that Civil Liberties in the Middle?