Robert Clive is the pen name of an American specialist of the political, diplomatic and military history of modern Europe. He holds a doctorate in history.

The grim fate of the 15 million German civilians who found themselves trapped in the path of the Red Army in the closing months of World War II, or on the wrong side of the re-drawn postwar borders, is not a topic that has tended to excite the interest of historians. And the general public, which is subjected to constant reminders about wartime Nazi brutality, is certainly not aware that at least two million Germans lost their lives in the course of flight and mass expulsion from their ancestral homes in Eastern Europe. 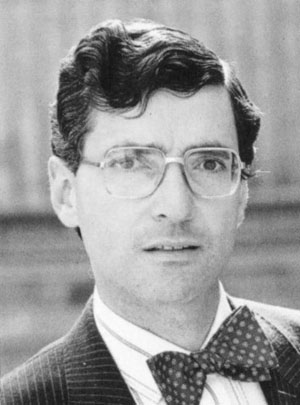 Alfred de Zayas, a graduate of Harvard Law School who earned a doctorate in history at the University of Göttingen in Germany, has devoted much of his professional career to setting the record straight. His earlier books, Nemesis at Potsdam (which detailed Allied responsibility for the brutal mass expulsion of Germans at the end of the war), and The Wehrmacht War Crimes Bureau, met with critical acclaim on both sides of the Atlantic.

First published in German in 1986, The German Expellees is based on extensive research in European and American archives. This American edition is updated with new material not included in the German version.

Chapter One sketches the history of the Germans living throughout East Central Europe. Even students of history are generally unaware of the fact that, starting in the twelfth century, German artisans, farmers, soldiers, and churchmen were invited by reigning princes, kings, and emperors to settle in their domains. The essentially peaceful character of the so-called “Drang nach Osten,” which witnessed the establishment of a German presence in East Prussia, Pomerania, East Brandenburg, Silesia, Bohemia, Moravia, Slovenia, Croatia, Serbia, Transylvania and Russia, has long been misrepresented as some sort of “march of conquest.”

The author then turns to the Paris Peace conference, where President Wilson’s lofty pledge to secure “self-determination” did not, it turned out, apply to Germans, Austrians, and Hungarians. The Treaty of Versailles also denied the right of self-determination to German citizens who resided in areas to be separated from pre-war Germany, including those living in Danzig, Posen, and West Prussia. De Zayas recounts that the interwar Czech and Polish governments discriminated against their German minorities. Polish atrocities against ethnic Germans (Volksdeutsche) were, unfortunately, not a fiction of Goebbels’ propaganda office, but were all too true. Soviet atrocities against the German civilian populations of East Prussia, Pomerania, and Silesia have been recounted before, even if they are still not widely known.

De Zayas reviews these grim events, drawing specific attention to the fate of Nemmersdorf, East Prussia, which fell to the Red Army in October 1944 and was then recaptured a short time later by the Wehrmacht. Women and children were gang raped and then murdered in the most brutal fashion.

In the words of American historian and diplomat George Kennan:

The disaster that befell this area with the entry of the Soviet forces has no parallel in modern European experience. There were considerable sections of it where, to judge by all existing evidence, scarcely a man, woman or child of the indigenous population was left alive after the initial passage of Soviet forces…. The Russians … swept the native population clean in a manner that has no parallel since the days of the Asiatic hordes. 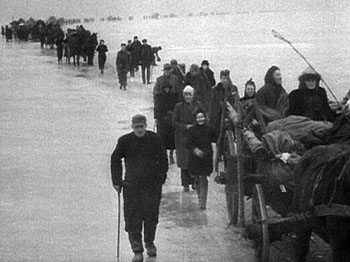 German civilian refugees trek across the ice of the "Frisches Haff" on the Baltic Sea during the Winter of January-February 1945. These are a few of the 14-15 million Germans who fled or were expelled from their homelands, 1945-1948, in this century's greatest act of "ethnic cleansing."

Allied decisions for “resettlement” are considered in Chapter Four. Although the 1941 “Atlantic Charter” proclaimed by Roosevelt and Churchill expressly rejected territorial changes that did not meet the desires of the affected people, this did not discourage the British and American leaders from later supporting the forcible mass expulsion of ethnic Germans from Eastern and Central Europe. As early as August 1942, the Allied leaders accepted the principle of forcible expulsion, which they reaffirmed at the Teheran Conference in 1943. At the February 1945 Yalta Conference, Churchill and Roosevelt further agreed to permit Stalin to use Germans as slave labor after the war, a practice that the diplomats dubbed “reparations in kind.” An estimated 874,000 German civilians were abducted to Soviet Russia, of whom 45 percent perished in captivity.

The expulsion and deportation of millions of ethnic German civilians from Czecho-Slovakia, Poland, Hungary, Romania and Yugoslavia is detailed by the author, who remarks that “hitherto it would seem that the blackout on this period of history had been complete.” While the Allied leaders at the Potsdam Conference called for the “orderly” and “humane” resettlement of the hapless Germans, in practice it was anything but.

As de Zayas further points out, mass deportations were designated as “war crimes” and “crimes against humanity” by the Nuremberg Tribunal. But even as the Allied court was sentencing Germany’s wartime political and military leaders to death for such acts, millions of Germans were being brutally driven from their homes.

The German Expellees is a well-written, concise introduction to a chapter of what James J. Martin has characterized as “inconvenient history.” These horrific events were not haphazard or spontaneous. Rather, this mass “ethnic cleansing” of German civilians was official Allied policy. For too long, the victims of this relatively unknown holocaust have remained largely forgotten and unmourned.