Another Look at the 'Vergasungskeller' Question

Arthur R. Butz was born and raised in New York City. In 1965 he received his. doctorate in Control Sciences from the University of Minnesota. In 1966 he joined the faculty of Northwestern University (Evanston, Illinois), where he is now Associate Professor of Electrical and Computer Engineering. In addition to numerous technical papers, Dr. Butz is the author of The Hoax of the Twentieth Century.

Veteran revisionists recognize that an outstanding small problem has been the "Vergasungskeller" that evidently was in or near the Crematorium II structure at Auschwitz-Birkenau.

Crematorium II (and its mirror image Crematorium III) had two large underground morgues, Leichenkeller 1 (LK 1) and LK 2, and a smaller morgue, LK 3. LK 1 and LK 2 were simple concrete morgues in which bodies were simply laid on the floor. A letter from the Auschwitz construction department dated January 29, 1943, when the construction of Crematorium II was nearing completion, reports that frost prohibits removal of the formwork for the ceiling of the "Leichenkeller" (without specifying which of the three morgues is meant), but that this is unimportant, because the "Vergasungskeller" can be used for that purpose, that is, as a morgue. This letter was later assigned Nuremberg trial document number NO-4473.[1]

In his 1989 book, Jean-Claude Pressac interprets this letter, with the help of some reproduced documents, to show that the "Leichenkeller" mentioned here is LK 2.[2] Pressac further believes that the Vergasungskeller is LK 1 and that a "slip", indeed an "enormous gaff" (sic), caused the author of the letter to betray the true purpose of LK 1, referring to it as a "gassing cellar" (although the usual German word for such a concept is "Gaskammer"). On no known set of engineering drawings is a "Vergasungskeller" indicated.[3]

Many of those who would have us believe that there were homicidal gas chambers at Auschwitz insist on this interpretation.[4] An interesting exception has been the Austrian-born historian Raul Hilberg. In the "Killing Center Operations" chapter of his study, The Destruction of the European Jews, he cites, and even quotes from, document NO-4473, but he is silent about the "Vergasungskeller."

In my 1976 book, The Hoax of the Twentieth Century, I offered that this "Vergasungskeller" was a part of the crematory building devoted to generating a combustible gas for the ovens.[5] This interpretation was linguistically correct and could be technically correct, depending on the design of the ovens. The primary meaning of "Vergasung" is gas generation or carburetion, that is, turning something into a gas. A secondary meaning is application of a gas as in fumigation or in gas warfare. It is also the word Germans use to refer to the alleged gassing of Jews, although they use "Gaskammer" rather than "Vergasungskammer" or "Vergasungskeller" for the facility imagined to have accomplished this. Such usage also applies in the literature on fumigation.[6]

By 1989 Robert Faurisson realized that my original interpretation was wrong, and later in 1989 Pressac[7] conclusively showed that it was wrong, based on the design of the cremation ovens. In 1991 Faurisson offered a theory[8] that the Vergasungskeller was a storage area, for fumigation supplies, within LK3. 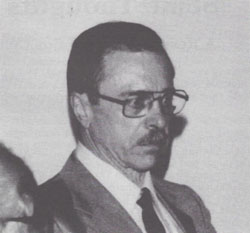 The purpose of this article is to offer another interpretation which I now believe is more plausible than any earlier offered by me or anybody else. Before doing that I should remark that the problem here is what the Vergasungskeller was, not whether it was a homicidal gas chamber. Those who claim it was a homicidal gas chamber focus their attention entirely on that one word in the document. If they would instead focus on what the document says, they would realize that it is impossible to make that interpretation work. The document shows that in January 1943 the Germans were in a great rush to use the building as an ordinary crematory.

As Faurisson discussed earlier,[10] during World War II the combatants paid great heed that new structures be considered, if possible, as air raid shelters. There were two principal dangers that such shelters were to provide protection against: bombs and gas attacks. On account of World War I experiences, the possibilities of the latter were taken very seriously. Indeed many simply assumed that gas would be used, despite treaties outlawing its use. Typically, a gas shelter was conceived of as a bomb shelter, preferably underground and very strong structurally, with some features added to make it secure against gas. A gas shelter had to be gas tight while allowing people to breathe.[11]

Because in many cases it was not economic to build such structures for at most only occasional use, such shelters were often made as embellishments or modifications of structures built primarily for other purposes. However the number of such suitable structures was limited. For example, an underground cellar is typically found in a building of several stories; the collapse of such a building in an air raid could prevent people from leaving the cellar.

My proposal is that the Vergasungskeller mentioned in NO-4473 was a gas shelter. It need not have been located within Crematorium II, but I believe it most likely was, on account of the fact that Crematoria II and III, with their large concrete cellars, were obviously ideal for adaptation as air raid shelters. Indeed when this problem is looked at from the point of view of defense against air raids there was probably no better choice at Auschwitz-Birkenau. The German authorities responsible for providing air raid shelters would have insisted that the necessary embellishments be made to these structures. My reading of some of the relevant chemical warfare literature convinces me that the Germans intended Crematoria II and III to serve this additional role.[12]

I have never seen the word "Vergasungskeller" in a lexicon. Indeed I have seen it only in discussions of document NO-4473![13] However, I have seen two German-Russian dictionaries, one a military dictionary, that say "Gaskeller" means "gas shelter."[14] However, we should not consider ourselves bound by dictionaries on this. If one asks the question, "In a World War II military context, what might 'Vergasungskeller' and/or 'Gaskeller' mean?," I think that "gas shelter" is the answer that comes most naturally to mind, and that other meanings are somewhat strained. Of course, other meanings come naturally to mind in non-military contexts. 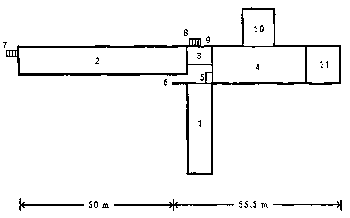 As a personal example, I can report that I have been unable to find the term "control lab" (or "control laboratory", "controls lab", "controls laboratory") in my IEEE Standard Dictionary of Electrical and Electronics Terms (1972 edition), although every university Department of Electrical Engineering in the USA has a "control lab," and that is how we normally refer to such a place. I have also been unable to find the term in an unabridged Webster's, in an on-line version of the Oxford English Dictionary, or in several other dictionaries I have.

If this theory is correct, then we should view all three cellars in Crematorium II as emergency air raid shelters, with only one being provided with the additional measures to make it effective as a gas shelter. That could only be LK 1, because NO-4473 implies it is not LK 2, LK 3 was very small and, conclusively, because LK 1 was the only one of the three provided with a gas-tight door.[15] Moreover, while all parts of the building had motor driven air extraction systems, it appears that only LK 1 had a motor driven air intake system.[16]

Pressac also believes the Vergasungskeller was LK 1. Consistent with my hypothesis he is right about location but wrong about function. LK 1 had the basic features of a gas shelter. Pressac admits that the air exhaust (at the bottom) and air intake (near the top) systems of LK 1 were misplaced for a gas chamber employing hydrocyanic acid (HCN).[17] Although HCN is only slightly lighter than air, there are various practical reasons why delousing gas chambers employing it normally expel the gas from the top when the gassing process is completed.[18] Carbon dioxide, by contrast, is much heavier than air, and is most naturally expelled from the bottom of the relevant space.

Why would the author of NO-4473 not refer to this Leichenkeller as a Leichenkeller? I don't think a "slip" is involved. We normally do not consider ourselves bound to use only formal designations. More commonly, we refer to things according to their function or in any case the function that happens to be in mind at the time. The gas shelter features of LK 1 were its principal structural distinction from LK 2, and those features were being taken into account in the construction at the time. It was natural that LK 1 might be referred to as the gas shelter.

As another example of a use of terminology suggested by function, the engineers Jährling and Messing referred to LK 2 of Crematorium II and III, during construction, with the terms "Auskleideraum" and "Auskleidekeller" (undressing room or cellar), more of what Pressac considers "slips."[19] This has been another point raised by those who would put a homicidal interpretation on Crematorium II. According to this theory the victims would undress themselves in LK 2 and then be gassed in LK l.

It seems hard to believe that these were "slips" because they were so frequently made. Jährling used this designation in a document of March 6, 1943, and then Messing used it in three documents later that same month. If these were "slips," it would seem that by this time the bosses would have told them to clean up their language. They evidently didn't, because Messing used the designation in two more documents in April.[20]

The truth about the undressing is much more prosaic. Pressac believes that, when the Germans viewed Crematoria II and III as ordinary crematories, then the sequence of processing bodies was originally contemplated to be LK 3 to LK 2 to LK 1, but that LK 3 was eventually eliminated from the regular sequence.[21] However that may be, if the processing of dead bodies were contemplated to start in LK 2, they would then be undressed there.[22] They would then be stored in LK 1 while awaiting cremation. Presumably LK 3 was only used when a body needed some sort of special processing, such as dissection or the infamous extraction of gold fillings from teeth.

I am struck by the humorous simplicity of the theory offered here.

— This is a revised version of an article that first appeared on Dr. Butz' Web site, August 6, 1996.

"These Holocaust deniers are very slick people," says Steven Some, Chairman of the New Jersey Commission on Holocaust Education, "They justify everything they say with facts and figures." (Newark Star-Ledger, Oct. 23, 1996, p. 15). Well, this is one accusation that's really hard to answer.