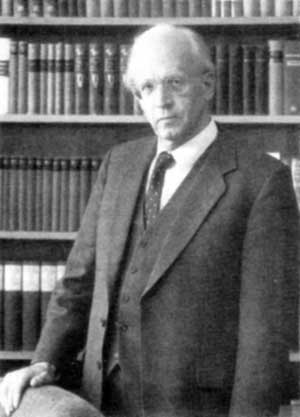 “Was someone an ‘Auschwitz denier’ if, a decade ago, he disputed the officially sanctioned thesis that four million human beings were gassed in Auschwitz – that is, in the Auschwitz-Birkenau camp? Should Daniel Goldhagen today be considered an ‘Auschwitz denier’ because, in a passage right at the beginning of his book that reviewers and critics have hardly mentioned, he contends that the efficiency of the gas chambers has been ‘greatly exaggerated’? Was someone an ‘Auschwitz denier’ if, a year ago, he dared to express the suspicion that [the book] Fragments by ‘Binjamin Wilkomirski,’ while certainly a moving recitation, is not, as so many enthusiastic reviewers have agreed, an eyewitness account?

“In truth, Auschwitz was anything but an invention, but like any other historical reality of comparable importance, it must again and again be re-discovered and re-interpreted, also, and precisely within, the context of [historical] genocide and state organized mass murder …

"No group and no generation should have the right to use the law to set in stone their understanding or the results of their studies, and shut out new arguments or research oriented on the maxims of objectivity.

“… Even incorrect arguments are generally helpful to scholarship because they can serve to sharpen superior arguments, and to increase the critically important scope of research.”

– Ernst Nolte, professor emeritus of contemporary history (Free University of Berlin), in a review, “Auschwitz als Argument in der Geschichtstheorie” (“Auschwitz as an Argument in Historical Theory”), in the German daily Die Welt, January 2, 1999, p. 8. (See also the interview with Nolte, and the review of his 1993 book Streitpunkte, both in the Jan.-Feb. 1994 Journal, pp. 15-22, 37-41.)

"Envy wears the mask of love, and, laughing sober facts to scorn,
Cries to Weakest as to Strongest, 'Ye are equals, equal-born.'
Equal-born? 0 yes, if yonder hill be level with the flat.
Charm us, Orator, till the Lion look no larger than the Cat,
Till the Cat thro' that mirage of overheated language loom
Larger than the Lion, Demos end in working its own doom."
—Tennyson

Good For 'Our' Image

"During a recent meal with a German journalist, a young German diplomat in the United States spoke up for the [Holocaust] 'memorial' in Berlin. 'We need it badly. The more quickly it's built, the better.' In response to the journalist's question as to whom he meant by 'we,' the diplomat replied: 'The [German] Foreign Office. It's good for our image in the United States.' " ... Soon ... Berlin [will have] a Holocaust Memorial that is as meaningless as it is superfluous, but which the Foreign Office can market as a first-rate public relations gimmick."
—Henryk M. Broder, "Final Victory of the Absurd," Der Spiegel (Hamburg), January 25, 1999, p. 188.

"Men are tired of money-economy. They hope for salvation from somewhere or other, for some real thing of honor and chivalry, of inward nobility, of unselfishness and duty."
—Oswald Spengler