Ahoy there dear readers. Remember our Holocaust Controversies superhero Hans Metzner who tried a few weeks ago to defend Nadjari’s testimony? Well he’s back to save the day and it looks like he has managed to locate those gardens! Bravo! He still hasn’t corrected those typos though, except for the Misko reference. Regarding this, he again complains in a postscript (tissues please):

“the name "Misko" of the comrade Nadjari addressed was taken from Polian's translation; it turns out to read "Mitso" but that's hardly something I can be hold responsible let aside mocked for.”

Well of course Mr. Metzner! That’s why I wrote about someone (obviously not you) forgetting to put on his glasses. It should probably come as no surprise that our hero has failed to understand even that. On the other hand, he is not entirely without fault. This is what you get when you are nothing but a copy-paste blogger. He also writes:

“venting on my observation that "Inconvenient History" gets increasingly spammed by him (indeed, Heliotis has authored 12 pointless articles out of 22 published in total in 2018”

Again: Why do you care, Mr. Metzner? As for what is pointless, it is not for you to decide. Anyone can understand that there is nothing pointless about bringing to light new testimonies.

“In the meantime, the link to his reply has been removed from the CODOH main page, where it had been posted previously - which is, given its childish manner, quite understandable.”

Nope. Wrong again Mr. Metzner. Links actually regularly disappear from the CODOH main page (a bug probably). The article is still there, so don’t make a fuss for nothing. As for the “childish manner”, it was perfectly suitable for a response to your childish article.

Oh well, let’s see what he has discovered about those gardens. Here’s what he has to show us: 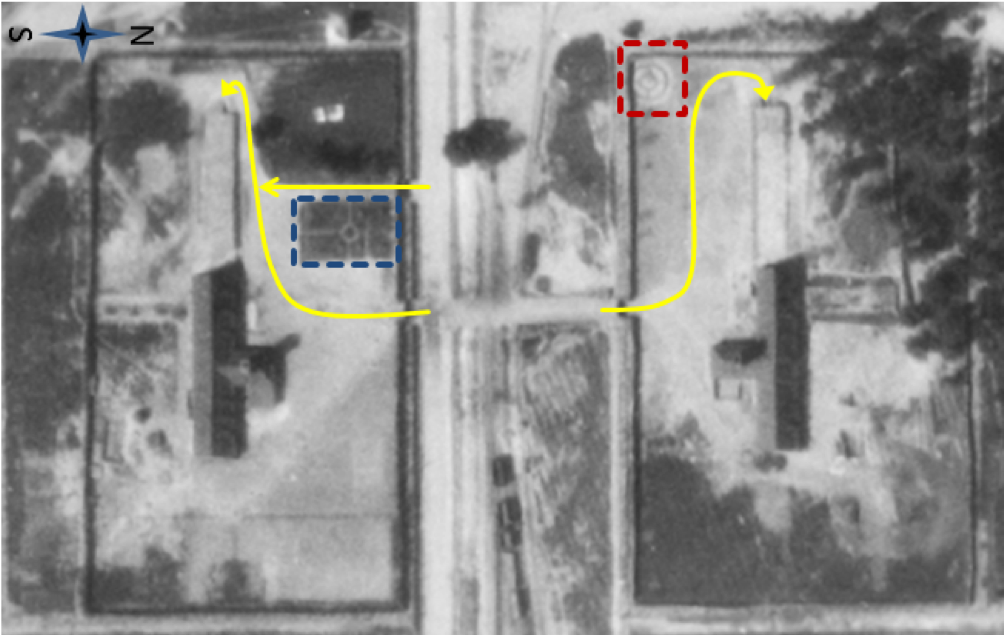 The blue and red dotted lines show the gardens in the yards. The blue one is probably a garden but unfortunately it’s mostly irrelevant as it is in the yard of Crematorium II, while Nadjari was in Crematorium III. As for the red one, even if it is a garden, it is clearly far from the chambers. Nobody would stand in front of it and declare that it’s located above them. So how does our valiant knight Don Quixote de la Metzner salvage the claim?

“Last but not least, the description could be a reference to an ornamental garden in the front yard of the crematorium; in this case the idea that "below a garden there are two big endless rooms" is meant in a figurative sense simplifying the situation, as the garden was only passed by the victims before they were going down the basement.”

Ooooh, so it was just a figure of speech? Hilarious. But our superhero doesn’t bother to explain why such a thing was needed in the first place. There was no complex situation that demanded a “simplification”. How hard could it have been for the witness to simply write that there was a garden nearby? Not hard at all of course (and it should be noted that in his second more-detailed manuscript Nadjari dropped any references to a garden). Wouldn’t it be easier to just admit that the witness simply made a mistake?

Anyway, it’s clear that the garden issue is the least of the problems with the statements of this witness. But that’s all we could expect from the superboys at Holocaust Controversies.