For Email Newsletters you can trust
Contribute
Donate Now!
other ways to contribute »
Popular items
About the Author
David Merlin
No description available.
Why not help out and contribute one?
Featured documents
Search the Library
Advanced Search

And we have Kenneth Stern writing about his "behind the scenes" experiences with the Irving v. Penguin Trial, in the guise of a movie review.

In a nutshell, Stern feels that Denial is God's gift to the Academy of Motion Picture Arts and Sciences for 2016. 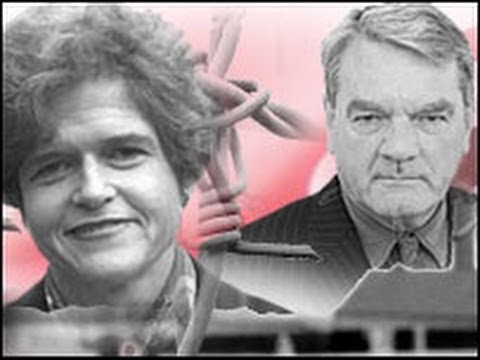 Stern's modest prose and his review can be summed up in a single example, "Having lived through the case, knowing all the characters, I was astonished by how well each and every actor captured the person they played."

Stern goes on to inform us that he was "a former trial lawyer specializing in high-profile cases" who was "fortunate" to be part of the defense team.

One may reasonably suspect Stern of tooting his own horn (he was a fund raiser) but his comments provide insight in the phenomenal size of the defense team and the items left out of the film.

Millions and millions of dollars were poured into the defense of Irving v. Penguin, funding "solicitors, barristers, graduate-student researchers, and the world’s top experts." A sub-team "tracked through Irving’s voluminous writings."

Stern makes some amazing claims, one being he "worked with the lawyers, graduate students and experts, sometimes from London, and sometimes from my home in Brooklyn (where the courtroom stenographer’s real-time transcript appeared on my computer, and I could communicate with a paralegal with a vibrating cell phone in the courtroom, if need be)."

Stern describes the frenetic activity of the defense team, "One day we were all huddled in Julius’ office, with Rampton and the other barristers and solicitors on the phone, finishing a document that needed to be handed into court within the hour."

All this amazing talent, activity and resources were focused on one man, David Irving.  Irving had no barrister or solicitor, no team of world's top experts in architecture, no staff of researchers.   He faced this multimillion-dollar onslaught alone.

Stern doesn't mention this, let alone be embarrassed by the vast disparity in resources. Instead, Stern is as nasty and vituperative in his comments toward Irving as he is boastful about himself.  Irving is like a punch clown with fraudulent reports. Stern ignores

Judge Gray's remarks that “It is no part of my function to attempt to make findings as to what actually happened during the Nazi regime.”

He also ignored that Irving opened the case telling the court:

“I have never held myself out to be a Holocaust expert, nor have I written books about what is now called the Holocaust.”

Stern also doesn't seem to get it when he writes,

The “behind the scenes” work on the case was not portrayed in the movie, and many of the in-court events of note weren’t either, including testimony from world-class historians such as Peter Longerich and Christopher Browning.

Lipstadt did little during the trial except dodge testifying and spent the days sitting in court looking confused. Showing the huge expensive defense team would tarnish what little bit of "Erin Brockovic shine" the director and screenwriter managed to paint Lipstadt with.

Christopher Browning needed to be left out because he agreed with Irving that there was never a formal Hitler Order for the mass killings of European Jews.  Brown testified in the Trial,

What had not been studied before you published was a particular focus on decision-making process and Hitler’s  role. That is one part and, insofar as we can confine ourselves to that, indeed, your publication of Hitler’s War was the impetus for the research in that area.”

Peter Longerich was the defense expert who claimed that, since there was no Hitler Order, the Germans communicated with "a secret code."  But Judge Gray wrote:

“Much of the argument revolved around questions of translation. I did not derive much assistance from the debate as to how words such as ausrotten, vernichten, abschaffen, umsiedeln and abtransportieren are to be translated.”