War against the Weak is a much-heralded attempt to make the American eugenics movement of the early twentieth century the direct inspiration for Hitler’s euthanasia program, if not the fanciful gas chambers of Auschwitz. Unfortunately, the journalistic weaknesses of superficiality, exaggeration, and partisanship that Black displayed in his earlier IBM and the Holocaust and The Transfer Agreement are just as evident in War against the Weak. Black’s impressive rosters of American supporters of eugenics and depressing catalogs of coercive state measures against the helpless can be found in such standard works as Kevles’s In the Name of Eugenics – minus his flawed interpretation of the eugenics movement in general and U.S. and German eugenic policies in particular. 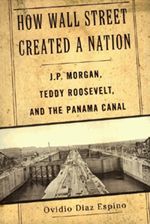 A retelling by a Panamanian historian of the story of how the United States, led by President Theodore Roosevelt, banker J.P. Morgan, and assorted other adventurers, financed the secession of the Panamanian isthmus from Colombia, then proceeded to construct the long mooted canal between Atlantic and Pacific across the newly created state of Panama. Diaz Espino doesn’t unearth much that’s new, but the details of this hundred-year-old exercise in covert action, preemption, capitalist buccaneering, and full-throttle Yanqui imperialism make enlightening reading for those who believe Uncle Sam’s only interest in "aggression" was to chastise it. In fact, the treaty that created the Canal Zone provided for U.S. control in perpetuity, and the Panamanian constitution authorized direct American intervention to suppress "unrest" – which American troops have done five times in the past century. 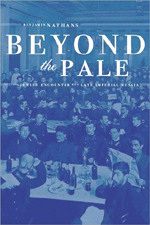 That numerous Jews lived outside the Tsarist Pale of Settlement – legally and illegally – is a little known fact that eventually proved fateful for the Russia of the Romanovs. Beyond the Pale is the first systematic study of the presence, power, and influence of Jews in Russia’s former capital, St. Petersburg, in the half century before the Revolution. Professor Nathans’s thesis of a Jewish integration into Russian political and financial affairs that paved the way for widespread Jewish leadership in the Communist revolution and state has proved controversial among Zionists, but his book is indispensable for serious students of the Jewish role in Bolshevism. 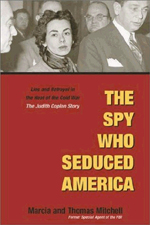 A re-investigation of a once famous legal affair, now long forgotten, that pitted the U.S. Justice Department against one of its own staffers, pretty young Jewish-American Judith Coplon, who was twice tried and acquitted as a Soviet spy after her arrest in 1949. The authors Mitchell – Thomas, a former FBI agent and his wife Marcia, a writer and administrator – reveal how an array of brass-knuckled tactics, included illegal wiretapping and perjury, by FBI agents and prosecutors failed to make up for missing or mishandled evidence and helped make Coplon something of a heroine and martyr (especially in New York City). The authors’ dwelling on the trial transcripts seems overdone, particularly since Coplon is identified as a Red agent in the Venona intercepts gleaned by U.S. intelligence from Soviet radio traffic. The case and the book are still relevant in view of renewed interest in U.S. anti-Communist measures of the late Forties and early Fifties, and today’s menacing legal measures against the alleged terrorist threat. 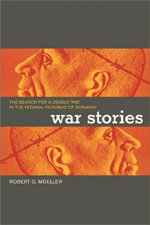 Robert G. Moeller, War Stories: The Search for a Usable Past in the Federal Republic of Germany, University of California Press, Berkeley, CA, 2001, 342 pp., paperback, $29.95

American historian Robert Moeller’s study of German attitudes to the tragedies of World War II during the formative years of the Federal Republic finds that, in the years before kowtow and Kniefall before the Holocaust cult became obligatory in West German public life, there was widespread discussion and concern about such crimes against Germans as the postwar expulsions of millions from east central Europe and the heavy postwar losses among Wehrmacht POWs. Despite obligatory and often intrusive finger wagging by the author, the ways in which a still vivid memory of the sufferings of the war years was adjusted to Cold War politics (the crimes of the Western allies remained largely ignored until very recently) and the contemporary reemergence of WWII crimes against the Germans as an issue in today’s Germany make War Stories a book of unusual interest. 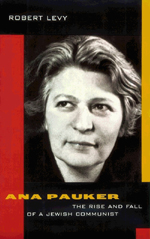 Ana Pauker, who dominated postwar Romania with an iron fist for Joseph Stalin, continues to be remembered there for her fanaticism and cruelty, above all in persecuting Romanian anti-Communists. Enter historian Robert Levy, who attempts to show that underneath it all Pauker had a warm Jewish heart. Indeed, Ana Pauker was the child of Orthodox parents, and Levy’s account of her political career shows that her strong ethnic identification with Jewry shaped her activities in many ways, most noticeably in her cooperation in a large exodus of Romanian Jews to Israel against Stalin’s wishes, leading to her later purge. An (inadvertently) valuable contribution to the study of the vexed question of the role of (not necessarily warmhearted) Jews in Communism.