While careful to toe the prescribed historical line, Biologists under Hitler is a careful and capable study of the Third Reich’s biological research and researchers that cuts against the received version, often in surprising ways. Author Deichmann, a research fellow of the Institute of Genetics at the University of Cologne, demonstrates that the study of biology was well funded in prewar Germany, and that serious work was done in the field, in particular in genetics. Biologists under Hitler argues that the purging of Jews from the biological field was rather less injurious than has been argued and assumed, and that Germany’s decline in biological research after the war resulted primarily from the country’s privation and isolation rather than from earlier National Socialist policies. The book’s discussion of the attempts of such postwar lights in biology as ethologist Konrad Lorenz to conceal their activities under Hitler will be of much interest to revisionists and ‘Nazi’-hunting bitter enders alike. 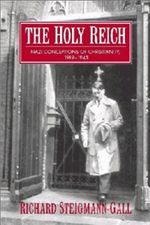 Most studies of National Socialism represent the movement’s membership and ideology as anti-Christian, if not pagan, but this scholarly study demonstrates that Christianity played a powerful role in the thought and action of such leading National Socialists as Erich Koch (Gauleiter of East Prussia) and Wilhelm Kube (Gauleiter of Brandenburg), both of who played active roles in party and church, and many others. While the tendency of recent (tendentious) works has been to seek to establish close links between the Vatican and the Reich Chancery, Steigmann-Gall argues for a stronger connection between National Socialism and German Protestantism, above all its liberal wing. A provocative work on NS ideology and Christian faith with implications that go well beyond its formal argument. 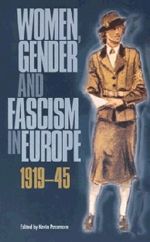 Why did women across Europe flock to join and support radical nationalist movements that, by the canons of today’s "feminism," oppressed them? The fourteen essays in this timely work explore the role of women in fascist and rightist parties in Germany, Italy, France, Spain, and Britain, as well as in the less familiar nationalist movements of Latvia, Poland, Yugoslavia, Serbia, Croatia, Romania, and Hungary. While this book is scarcely free of regnant ideological presumptions, its findings on the appeal of fascism for feminists, as well as women, during the interwar years may surprise readers both left and right, as well as offer provocative questions (and perhaps answers) to activists determined to increase the number of women in their ranks. 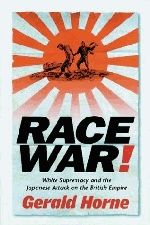 A long overdue study of Japan’s exploitation of white racial attitudes toward Asians and blacks in the conquering, ruling, and publicizing its Greater East Asia Co-Prosperity Sphere, Race War! is a close study of how the Japanese played the "race card" in Hong Kong, Indonesia, and the Philippines among their conquests, and in such propaganda targets as India, New Zealand, and the United States. Excruciating detail on how the Japanese racially humiliated their white captives to gain support among their Asian allies, new information on Japanese ties to Elijah Muhammad’s Chicago-based Nation of Islam, piercing insights on how Japan’s wartime successes in the European colonies of Asia helped pressure the colonial powers (including the U.S.) toward racial equality and decolonization after the war. Valuable both for its historical revelations and as a corrective to knee-jerk Japan-bashing and self-congratulatory Allied histories of the Pacific War.

The vexed question of American culpability and responsibility for the wartime internment of Japanese-American citizens has long been debated, but until this recent book there has been a significant lacuna in the discussion: the role of President Franklin Delano Roosevelt. Greg Robinson, assistant professor of history at the University of Quebec at Montreal, marshals FDR’s writings and correspondence as well as internal government documents to show that Roosevelt played a central role in planning and executing this unsavory national episode in (temporary) ethnic cleansing. An excellent demolition of decades of establishment spin-doctoring and a solid contribution to the ongoing revision of the history of the "Good War." 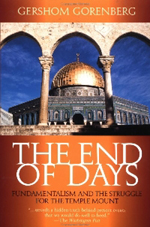 While lately much has been made of the baneful role of Islamic fundamentalism in the Middle East and elsewhere, The End of Days succeeds (in spite of itself) in shifting much of the blame from reactionary mullahs to millenarian rabbis and evangelists. The book’s focus on Jerusalem’s Temple Mount, where remnants of the temple of Herod vie with Muslim mosques, above all the Dome of the Rock, from whence Muhammad is said to have ascended to heaven, for the competitive and sometimes murderous attentions of their adherents. As Gorenberg, loyal Zionist that he is, cannot help demonstrating, the chief destabilizing impetuses at the Temple Mount have come from Israeli governmental meddling (the current intifada was ignited by an unwelcome visit of Ariel Sharon to the Temple Mount in September 2000) and from increasingly collaborative efforts of Jewish and Christian fanatics to usher in the First (or Second) Coming by rebuilding the temple of King Solomon (and incidentally razing the Arab shrines), rather than from the often furious responses of the Palestinians. A useful and available account of the fundamentalist threat posed by pro-Israel Protestants and gentile-hating Jews at one of the hottest spots on the planet.