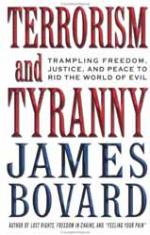 A devastating attack on President Bush’s Justice Department and the similarly misnamed Patriot Act, Terrorism and Tyranny has been hailed by sources as disparate as the Washington Post and Pat Buchanan’s American Conservative for its lucid and objective reporting. Bovard catalogues the government insults, large and small, to Americans’ liberty and dignity that have multiplied across the country since 9/11: the daily abuses visited on Americans at the airport, the library, the post office, and a thousand other places. Yet Terrorism and Tyranny is more than excellent (and infuriating) reportage. Bovard shows that these growing infringements of our liberties are intimately connected with an imperialist foreign policy that threatens to turn American citizens into subjects even as it promotes "democracy" abroad. Priceless for its demolition of President Bush, Attorney General Ashcroft, and Homeland Security czar Tom Ridge, Terrorism and Tyranny offers facts and footnotes rather than shrill polemics on matters of central importance to every American—a thinking man’s (and woman’s) Fahrenheit 9/11 in book form, despite its author’s predictable skittishness on the Israeli factor. 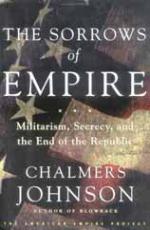 One of America’s ablest as well as most courageous academic historians offers a devastating account of his country’s contemporary drive to world rule. Chalmers Johnson, an expert on modern Asia, examines the massive impact of the U.S. abroad, above all, he revisits that of the American troops stationed around the world "to ensure that no part of the empire slips the leash." Johnson analyzes the rise of today’s American empire in the light of America’s (sometime) imperialist tradition, and compares the current U.S. imperial reach with that of the British, French, and Soviet empires. Sorrows of Empire offers a learned, passionate critique of the perils of interventionism and imperialism for the traditional American republic and its citizens. A book that brims with facts (our soldiers staff 725 bases in 120 countries), insights (e.g., how America’s surging military power is spurring other countries to acquire nuclear weapons), and warnings (our imperial path is heading America toward economic ruin and, possibly, Soviet-style collapse), and it should be required reading for every concerned American. 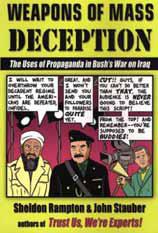 Totalitarian regimes have their ministries of information to justify their invasions to the public; as Weapons of Mass Deception shows, the Bush administration, true to its free-market tenets, hired America’s top advertising and public relations firms to deceive America into invading Iraq. Reporters Rampton and Stauber document the role of professionally manufactured propaganda by PR firms on contract to the Pentagon before and during the war: from the lies of the Gulf War (including the by now notorious "incubator" incident) to the creation of the Iraqi National Congress (headed by shady "neoconservative" favorite Ahmed Chalabi) and such front groups as American Muslims for Understanding by PR firms on contract to the Pentagon. They demonstrate how the invasion of Iraq was sold to the American people by marketing professionals in what the White House termed a "product launch" and such wartime incidents as the staged toppling of Saddam Hussein’s statue in central Baghdad, the "rescue" of Jessica Lynch, and much more. An indispensable book for revisionists concerned with understanding and countering an interventionist propaganda that is increasingly scripted in line with the most modern marketing techniques. 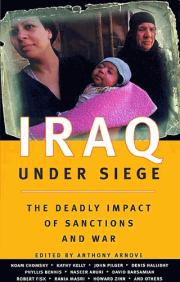 Overwhelmed by the charges and counter-charges over Iraq’s alleged pre-war "weapons of destruction," many Americans have forgotten that for over a decade before the war, the United States spearheaded a partial occupation of Iraq and enforced a ruthless program of sanctions that killed hundreds of thousands of Iraqi civilians, most of them children. Iraq under Siege includes contributions by numerous scholars and journalists describing how a formerly prosperous nation, with flourishing educational and health systems, was reduced to virtual beggary by a health and hunger blockage that recalls the victors’ blockade of Germany following World War I. The books also offers a detailed treatment of how U.S. and British planes patrolled and bombed large parts of Iraq’s territory at will for years before the 2003 "preemptive war," and how the U.S. abetted the secession of Iraq’s Kurdistan region. This should be required reading both for placing U.S. propaganda about the crimes of Saddam into perspective and for a sobering reevaluation of the ethics of such American leaders as Secretary of State Madeleine Albright, who described the deaths from starvation and disease of half a million Iraqi children as "worth it." 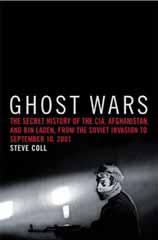 An in-depth account of how U.S. support for the anti-Soviet resistance in Afghanistan – above all the CIA’s arming of fanatical Islamists – helped bring the fundamentalist Taliban, which sheltered Osama bin Laden, to power there. Experienced Washington Post reporter Steve Coll, who spent three years in southern Asia observing the rise of the Taliban, relates how U.S. policy makers in four administrations – Reagan, Bush I, Clinton, and Bush II – underestimated the hostility of the anti-communist Islamists to pro-Israel, profane America; and how, once the Soviets had left Afghanistan, American intelligence officers were gulled by their Saudi and Pakistani allies into supporting those countries, rather than America’s aims. Ghost Wars is a case study in U.S. interventionist stupidity that fills in the indispensable historical background to an Afghan occupation that more and more resembles the earlier British and Russian disasters. 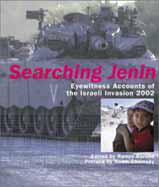 While America’s leaders were fulminating against Islamic "terror and evil" in April 2002, the Israeli Defense Forces invaded the Palestinian refugee camp of Jenin, leveling homes and slaughtering children, the aged, and the infirm;then, using time-tested tactics of obfuscation and intimidation, wheedled this twenty-first century war crime down the memory hole. Searching Jenin reclaims the awful truth about Jenin: houses bulldozed to rubble with families inside; midnight house searches by IDF troops; Israeli snipers shooting civilians, then picking off anyone going to their aid; IDF troops denying the wounded and women in labor access to medical care; and the people of Jenin thirsting for water seized from them by the IDF. Searching Jenin establishes the facts of these as well as other crimes and abuses of the Israeli occupiers, puts the events of Jenin into the broader context of nearly four decades of Israeli occupation, and gives voice to the Palestinians of Jenin in numerous moving interviews. Praised by Norman Finkelstein for its definitive answer to the question, "What really happened at Jenin?" Searching Jenin makes a valuable contribution to the growing dossier of Israeli crimes against humanity and offers a rare opportunity for Westerners, and Americans in particular, to hear the Palestinians’ side of the story.