Last week was the American Library Association’s annual “Banned Books Week,” the eponymous celebration of books forbidden by censors and pressure groups in the United States. While the event purports to focus on books deemed too dangerous for impressionable minds, the daring entries showcased this year include Huckleberry Finn and The Handmaid’s Tale, the televised version of which swept the Emmy awards earlier this month. 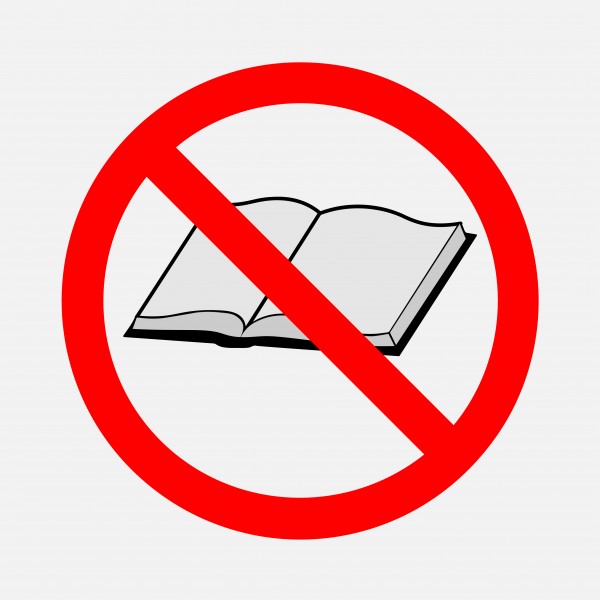 Missing from this largely self-congratulatory liberal exercise are the most interdicted books of our time, the contrarian World War II revisionist histories luridly emblazoned with the literary equivalent of the Mark of Cain, “Holocaust denial.”

Last February the World Jewish Congress and the Yad Vashem Holocaust Museum succeeded in convincing the heretofore libertarian Jeff Bezos that books by leading revisionist scholars such as Carlo Mattogno and Germar Rudolf should be made to vanish from the web pages of Amazon, where they had been sold for years. What little media coverage was accorded the ban made it appear as though only three books had been removed by Mr. Bezos, when in fact hundreds were banned (for a partial list see here).

We contacted the American Library Associations’s Office for Intellectual Freedom, as well as the co-sponsor of Banned Books Week, the American Booksellers Association, demanding to know when and how they intend to redress the scandal of mass book-banning at Amazon. Because revisionist critiques of the Auschwitz homicidal gas chamber dogma are grotesquely misrepresented and demonized, in our communication we included a link to an online pdf. file of Mr. Rudolf’s monumental work of erudite historiography, Lectures on the Holocaust. All we have received in return is the infamous silent treatment.

The hypocrisy is breathtaking. An enormous facade of defiant freedom of the press has been erected by the Left, giving every impression of militant advocacy for books damned by small-minded philistines and powerful lobbies, and yet policed out of consideration are the very works that scintillate with the frisson of the anathematized, and which are consigned to literary oblivion by the supposed champions of the right to read what we please.

Banned books that are banned by Banned Books Week? Can it get any more surreal?

“In recent months, Google has confronted a new and unsettling trend: Its top search results for questions about the Holocaust lead to neo-Nazi sites…on Tuesday, a Google spokesperson told Fortune it is making some changes. ‘Judging which pages on the web best answer a query is a challenging problem and we don’t always get it right,’ said the spokesperson. ‘We recently made improvements to our algorithm that will help surface more high quality, credible content on the web. We’ll continue to change our algorithms over time in order to tackle these challenges.”

“…The changes come in the wake of news reports that Google’s top search result for “Did the Holocaust happen?” was a page by the White Supremacist group, Stormfront: The update to the algorithms appear to be kicking in already as the Stormfront site has dropped, and the top result is to a link by the United States Holocaust museum.”

Earlier this week, when the New York Times reported on Google’s search engine demotion of a far-Left group, the World Socialist web site, the provenance of this algorithmic tinkering — Google’s attempts to suppress access to sites that question the “Holocaust” liturgy — was omitted.

Times reporter Daisuke Wakabayashi provided plenty of ammunition against Google, but only in connection with falsifying search engine results for Leftist web pages:

“They’re really skating on thin ice,” said Michael Bertini, a search strategist at iQuanti, a digital marketing agency. “They’re controlling what users see. If Google is controlling what they deem to be fake news, I think that’s bias.”

We agree. But to test the sincerity and force of these libertarian sentiments the datum that “Holocaust denial” was the inaugural victim of Google’s rigged search engine, should not be banned from reports on the controversy.

Denying web traffic to World War II revisionist web pages would appear to be unworthy of notice by the fake news media, just as Amazon’s ban on revisionist books is down the memory hole.