British Historian Hugh Trevor-Roper On the Gerstein Confessions, the Roques Thesis, and the Gas Chamber Question

While serving as a British army intelligence officer during the Second World War, Hugh-Trevor Roper earned a reputation as a leading expert on the German military intelligence service. At the end of the war, he was called upon to investigate the many stories then circulating about Hitler’s fate. The results of his inquiry, which he made public in late 1945, immediately brought an end to fantastic tales that Hitler had survived the war.

Trevor-Roper’s investigation became the basis for a book, The Last Days of Hitler, which was first published in 1947. By 1983, almost half a million copies of this widely acclaimed work had been sold worldwide.

In 1957, Trevor-Roper’s friendship with Harold Macmillan, then Prime Minister, helped secure for him the prestigious post of Regius Professor of History at Oxford University, which he held for many years. His criticisms of The Origins of the Second World War, a revisionist work by fellow British historian A.J.P. Taylor, have been widely quoted.

Prime Minister Thatcher granted Trevor-Roper a peerage in 1979, and a year later he took the title Lord Dacre of Glanton. Perhaps the most embarrassing moment in his career came in 1983, when he inspected the spurious “Hitler diaries” and, after only a cursory examination, pronounced them to be authentic. (For more on this, see Robert Harris’ Selling Hitler, reviewed in the Winter 1986–87 Journal.)

In the following letter, Lord Dacre (Trevor-Roper) comments on the doctoral work of French historian Henri Roques. (Roques’ dissertation, which is published in English by the IHR under the title The “Confessions” of Kurt Gerstein, is available from the IHR for $11, plus $2 shipping. Roques, a member of the IHR editorial advisory committee, addressed the 1987 IHR Conference. His presentation appeared in the Spring 1988 Journal.)

As he makes clear in this letter – published here in full with permission of Henri Roques – Trevor-Roper generally accepts the orthodox Holocaust extermination story. At the same time, though, the renowned British historian expresses praise for French scholar’s work, confirms the unreasoning persecution that befalls those who dare question the orthodox Holocaust story, and dismisses the supposedly authoritative evidence presented at the main Nuremberg trial for execution gassings at the Dachau and Buchenwald camps. 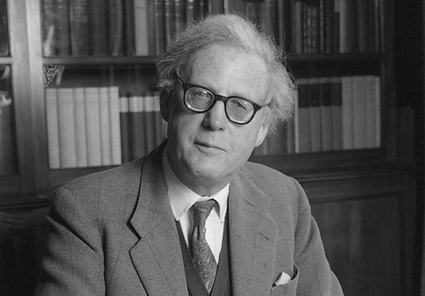 I greatly appreciate the trouble you have taken to write to me so fully about your thesis and its consequences. Many thanks for your letter.

I was impressed by your thesis when I read it in Mr. Percival’s translation. I thought it an entirely legitimate, scholarly and responsible work of Quellenkritik [source critique] on a limited but important subject, and I was shocked by Mr. Percival’s account, in his preface, of its rejection on what seem to me irrelevant non-intellectual grounds. Indeed, I found it difficult to believe that account – or Mr. Percival’s explanation of the attack, viz: that French professors, because of the centralization of French education, are mere functionaries, obedient, even in intellectual matters, to the government. From your letter I see that Mr. Percival has indeed simplified the story. In any case, the manifesto in Le Monde is not directly relevant to your case since it preceded it in time. Mr. Percival did not, I think, make this perfectly clear.

I consider that you have shown that Gerstein’s testimony cannot be relied upon. The logical consequence of this, as it seems to me, is that we should (at least provisionally) exclude it altogether from the evidence. What evidence then remains for the gas-chambers?

I agree that, at first, many irresponsible statements were made – e.g. about gas-chambers at Dachau and Buchenwald. But we can forget them. We are concerned with the “extermination camps” in the General Gouvernment of Poland. You argue that the elimination of Gerstein’s evidence eliminates the alleged gas chambers at Belzec; and your thesis suggests (though it does not explicitly state) that if the gas chambers at Belzec disappear, the others follow them into limbo. However, in your letter, you concede that this is not a necessary consequence: you believe that the other did not exist, but you do not claim to have demonstrated it.

I am not competent to argue the matter. It is a long time since I saw the evidence and I am now too pre-occupied (and too old) to immerse myself in the controversy. I also know, from experience (as you have found), that the controversy is itself dangerous. The Jews suffered so horribly during the war that any comment which seems to reduce that suffering, even if it is merely a scholarly attempt to disengage history from mythology, is at once regarded as a kind of blasphemy. Arno Mayer, whose book I have read [Why Did the Heavens Not Darken?], has experienced this. And of course there are some such commentators with whom one does not wish to be associated.

I would hope to see the whole evidence fairly re-examined without reference to Gerstein; but I am not prepared to undertake that task myself: The evidence is too indistinct in my mind. I take it that there is no need to argue about the Einsatzkommandos or the policy of extermination; only about the systematic gassing in particular camps. That gas was used in mobile vans we know; and we know that this was found to be unsatisfactory and that a “cleaner” and more systematic method of destruction was sought. We know that experts were sent out from the department T2 (which used gas in the euthanasia project) and that T2 was directly controlled from the Führerkanzlei, thus showing Hitler’s personal involvement (also admitted in Goebbels’ Diary). So the circumstantial evidence is strong. What then of the actual, or alleged chambers?

In my letter to Mr. Percival I think I referred to the evidence of Pfannenstiel at Belzec and of Höss as commandant of Auschwitz, which is demonstrably independent. You dismiss this, offering what you admit to be speculative motives for Pfannenstiel’s testimony, and regarding Höss as a dubious source (I don’t know why). I can find other motives – still speculative, but to me more plausible – for Pfannenstiel; and I also consider that von Otter’s account has some relevance. But since we are both speculating about motives, we can agree to differ there. On the technical aspects cited by you in your thesis, and by Fred Leuchter, I am incompetent to express a view.

So there I must leave the matter – in suspense – only saying that I regard your thesis as entirely legitimate and very interesting, and that I hope your appeal to the Conseil d’État is upheld!