Both of the following reports from the establishment media in Canada are defective. They omit the role of lawyer Doug Christie in battling for free speech in Canada for more than 25 years. This is an enormous omission in that British Columbia's Christie, together with Ontario attorney Barbara Kulaszka and independent activists Paul Fromm and Marc Lemire, has fought most assiduously for the civil liberties of Canadians. Christie has been constantly harassed and threatened, and pilloried in the media. While the media prefer to showcase as Canada's principal poster-boy for Internet freedom, Ezra Levant, who publicized Danish anti-Muhammad cartoons, the main victims of this Zionist "Section 13" law have been "Holocaust" revisionist Ernst Zündel, Marc Lemire, Terry Tremaine, Heritage Front, Catholic Insight Magazine, and Canadian Liberty Net, in addition to hundreds of thousands of Canadian Internet users who have been intimidated by the Stalinist "Section 13" of Canada's "human rights" law.

A couple of caveats: with Section 13 gone, the Canadian Criminal Code itself continues to provide for up to two years in jail for "spreading hate against identifiable groups" (with the exception of identifiable German, Palestinian and Christian groups who can be hated to the full measure of Zionist fury without fear of prosecution). The difference between Section 13 prosecution and prosecution under the Criminal Code is that under the latter, prosecution must be initiated by a provincial attorney general, whereas under the now defunct Section 13, the "Human Rights" commissars themselves could begin a prosecution on flimsy grounds and in hearings in which truth was not a defense (!). 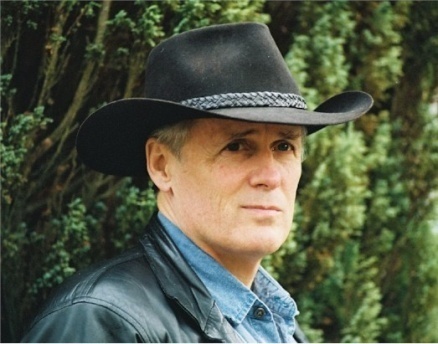 Second, Haroon Siddiqui of The Star, who is, unfortunately, in favor of censorship, nonetheless has some sobering words for those, now conferring on Canada's hypocritical neocon Conservative politicians, laurel wreaths of freedom for having eliminating Section 13: "Those hailing the death of Section 13 as a victory for free speech include many of the same people who routinely muzzle those whose views they do not like. They delayed the entry of Al Jazeera English (television) to Canada. They pressure universities to shut down the annual Apartheid Week that highlights the Israeli occupation of Palestinian lands. The Harperites cancelled federal grants to Kairos, the ecumenical Christian aid group, as well as to the Canadian Arab Federation and Palestine House, because they would not toe Ottawa's (Zionist) foreign policy line…"

Furthermore, wherever lawyers are steeped in conformity to the legal standards of the British Commonwealth of Nations, freedom of speech is abridged. Here in the U.S. a New Zealand–trained attorney has written a book, The Harm in Hate Speech, published by Harvard University and endorsed by former Supreme Court Justice John Paul Stevens, which insinuates that opponents of Talmudism and Zionism should be prosecuted in the U.S. and speech should be regulated. A characteristic of the rabbinic/ Talmudic mentality is the delegitimization of opposition. Radical contradiction is not tolerated by Talmudic rabbis and their epigones (though the appearance of dissent is essential to the p.r. image of their tyranny). At present the First Amendment is unassailable, but let U.S. intelligence stage another 9/11 type of "terrorist outrage," and the resulting panic and stampede of fear may very well result in "national security" abridgements to our Bill of Rights, such as were in place after America's entry into the First and Second World Wars; and since the "War on Terror" is perpetual, any such abridgements would likely be permanent. The Harm in Hate Speech helps to prepare the path to the overthrow of our God-given rights.

By all means let us lift a glass to the Canadians who may now use the Internet with less fear, but at the same time we must remain vigilant concerning the threat to our own precious rights in these United States.