Canadian Reflections on the Zündel and Irving Cases

On August 27, Canada's Supreme Court struck down as unconstitutional the law under which German-Canadian publisher Ernst Zündel was convicted for publishing a Revisionist booklet about the Holocaust. In a four-three decision, the judges ruled that the "false news" law under which he was convicted violates the freedom-of-speech provisions of Canada's Charter of Rights, and is thus unconstitutional. (For more on this, see the October 1992 IHR Newsletter.)

The following columns appeared in the September 2 and November 11 issues of the North Shore News of North Vancouver, British Columbia, and are reprinted here with permission.

"What sort of truth is it that needs protection?"
–Auberon Waugh

Pardon me if I glow a little, but it's nice to have been right in the Ernst Zündel affair. I refer to the Supreme Court of Canada decision that ditched a stupid and dangerous law.

The court cast a blow for freedom and delivered a bang in the snout to the Jewish groups that set this "false news" nonsense going; also to the politicians who bowed to their demands in laying charges.

Few come out of this miserable affair with credit. Not a single MP questioned the matter in Parliament, and I saw only two token editorials that took issue with the wisdom of prosecuting the man. One was in the Toronto Star, the other in the [Toronto] Globe and Mail. And as I told you in 1988, Jewish pressure achieved a virtual news blackout on what was being said in court in the second trial.

The whole affair bordered on farce, Zündel's "crime" having been that he distributed a pamphlet called Did Six Million Really Die? He didn't even write the thing. But in jumped complainant Sabina Citron of the Holocaust Remembrance Society, and we were off on the false news farrago.

That was in 1984, an appropriate year, and Zündel was to go through seven courts. His lawyer, Doug Christie, estimated that the cost to the public purse has been at least $5 million. In 1985, I gave evidence for the defense because to me it seemed absurd that anyone could be hauled into court for such ridiculous reasons.

The "spreading false news" law should never have been dragged out of the historical gunnysack. It was pure politics. False news? Santa Claus speaks false news, I told the court. So does the weatherman. Today and every day, politicians spread false news. So do the media and academe. Heck, I have even spread some false news myself. Nobody's perfect.

Still, I am proud to have spoken for common sense in one of the most disgraceful prosecutions in Canadian legal history. But where were all those yackety-yack members of the freedom-loving media gang when they were needed? I shouldn't ask. These days it is much easier to bash the Pope than to oppose the most powerful pressure group in the country.

The man who comes out of this with the greatest credit is Mr. Christie, who never gave up even in the face of vilification. It takes guts to keep going for years in an unpopular issue of this sort. Most lawyers would have withdrawn. He mounted effective challenges and even dared to tell the Ontario Court of Appeal that the judge in the first trial was biased. As I wrote at the time, Judge Hugh Locke's attitude to Christie remind me of Capt. Bligh bawling at Fletcher Christian in the "Mutiny on the Bounty" movie.

But the lawyer had the last laugh when the appeal court accepted his submission that the judge had been wrong on 16 points of law. Hence the second trial. 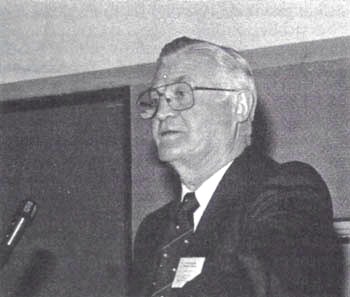 Political correctness having saturated so much of our society, I doubted that the Supreme Court would rule in Zündel's favor, and in fact the decision turned on one vote.

However, a speech given by Mr. Justice John Sopinka last April provided a straw in the wind. "Certain segments of society who are justifiably seeking equality for their particular interests have extended their demands so far that they threaten the freedom of others," he said. "They not only criticize the expression of views that do not accord with their own, but demand that contrary views be suppressed."

If freedom of speech has received a bit of a fillip we owe it not to Canadian liberals but to a German who salutes the late Adolf Hitler. A pox on Hitler. But supporting tyrants, fools and saints – and spreading false news – is what freedom is speech is all about.

Let us remember, too, that there are plenty of people who made a profession of spreading false news on Joe Stalin's behalf. Did anyone chase them into court for denying there was a holocaust in the Ukraine?

Jewish organizations are now demanding that Zündel be charged under the hate laws. But the reason he was charged for "false news" was that he couldn't be got under the hate laws. And what about the Anglo-Saxon rule of double jeopardy under which a person must not be tried twice for the same crime?

Eight years of prosecution-persecution aren't enough for some people. Hatred is not confined.

What else can be said when eight armed policemen descend on a private meeting, slap handcuffs on the speaker and haul him off to jail, informing the audience that the place is surrounded and that they should stay where they are? Were the cops after Jesse James? Had Clifford Olson escaped from prison?

No, the target was a writer who says that something didn't happen. Or that if it did happen, it has been grossly exaggerated. Like the Holocaust.

And what else can be said when most of the media not only accept all this but join in the witch hunt?

I refer to the David Irving affair.

Typical was the reaction of a blockhead editorialist on the Vancouver Province who wrote that the incident was nothing more than an immigration matter. And good riddance, Mr. Irving. He also wrote that no country in the world has more freedom of speech than Canada.

Somebody must have been smoking something. From start to finish, the Irving affair was politics in which the theme was set by Jewish organizations who insist that their version of history is the only one, and you question it at your peril.

It started with a demand that Irving be barred from the country. Then, when he attempts to obey an immigration department order to leave the country, he is denied entry to the United States. Why? My guess is that the Canadian Jewish Congress asked the ever more powerful American Jewish Congress for a spot of help.

Doug Collins was born in the United Kingdom. In 1939 he volunteered for the British army, and while serving as an infantry sergeant was captured at Dunkirk in 1940. He escaped from German and Hungarian prisoner of war camps. After release from Romania in 1944, he served again with British forces in Europe until the end of the war. He served as a political intelligence officer with the British control commission in Germany, 1946-1950. He migrated to Canada in 1952.

Collins' career in journalism has included work in newspaper, television and radio, both as a reporter and commentator. He was worked for several Canadian daily newspapers, including the Calgary Herald, the Vancouver Province and the Vancouver Sun.

For a time he hosted an open-line radio talk show. Since 1983, he has written a popular and controversial column for the North Shore News (North Vancouver, British Columbia). Collins has been honored with Canada's National Newspaper Award (1953), and the MacMillan Bloedel Award (1975).

He is the author of several books, including the memoir, POW: A Soldier's Story of His Ten Escapes from Nazi Prison Camps (New York: W. W. Norton, 1968), Immigration: Parliament versus the People (1986) and The Best and Words of Doug Collins (1988).

Collins spoke on freedom of speech and the Zündel case at the Tenth IHR Conference (1990). His presentation was published in the Fall 1991 Journal.

For Irving had been in the U.S. dozens of times without giving any trouble or getting any. But this time it was claimed he didn't have the right kind of visa. So thanks to a little hands-across-the-border work, Irving could not leave Canada and was in the slammer again. That way, he was liable to being officially deported, which would mean that he could never return.

Consider now what has happened elsewhere on the Canadian immigration front where undesirables are concerned – if indeed there are any undesirables apart from controversial authors.

Remember Menachem Begin, the Jewish terrorist? He must have been a desirable undesirable because he often visited Canada on fundraising tours. Wanna visa, Menachem? No problem. Yet Begin had been leader of the murderous Irgun Zvai Leumi gang. Among his more notable exploits was the 1948 Deir Yassin massacre of 254 Arab women, children and old men. Plus the blowing up of the King David Hotel in Jerusalem, complete with occupants.

Remember Nelson Mandela? In the 1960s his plan was to blow up half of Johannesburg. Released from jail, he gets to Ottawa, is cheered by Parliament and is given $5 million (US) for his splid cause by a groveling Mulroney. Your money of course.

Liars, crooks, thugs and killers pour into this country by the planeload, and have been doing so for years. Only a couple of weeks ago the CBC [television] program, The Fifth Estate, did a copper-bottomed hour on the murderers and thugs from Somalia who are now enjoying Canadian hospitality.

What came through with depressing clarity was that the immigration department just wasn't interested in tossing those people out. You think we are racists or something? No eight armed policemen descending on supper tables for them!

Confronted with the facts, Minister of Immigration Bernard Valcourt looked like a complete idiot.

Against all that, we see Dangerous David ordered out of the country double-quick. Great stuff, Bernard. And by the way, did you find a load of dynamite in his suitcase?

Irving's views should be a matter for discussion, not Keystone cops chases. For the record, I too do not believe in the six million story (which is not to say that dreadful things did not happen). And I disagree with Irving on quite a lot, especially his hostile view of Churchill and his less-than-hostile view of Hitler.

But what cannot be denied is that he is an outstanding writer and researcher. When the "Hitler diaries" were produced, he denounced them as fakes even though they had been pronounced genuine by Nazi-period expert Hugh Trevor-Roper, Regius Professor of History at Oxford University. And Irving was right.

More recently, the Sunday Times hired him to decipher and translate the Goebbels' Diaries. Before that he had discovered the Eichmann papers. And his books on the Nazi leaders are masterpieces of digging. So isn't there just a teeny-weeny possibility that he's right about the six million?

Whether he's right or wrong, Canada is engaging in the equivalent of book-burning. In Hades, Dr. Goebbels must be having quite a laugh. Something to remember on Remembrance Day.

Historical revisionism is very much in fashion in books about presidents, prime ministers and generals.
–Herbert Mitgang, New York Times, Feb. 5, 1992, p. B2.