Since the topic discussed above [see the paper by Prof. Dewdney] seems to be of utmost importance, I decided to make my own experiments while traveling from Chicago, IL, to Burlington, VT, to a family anniversary of a friend.

1. Trip: Aircraft: Airbus A320. United Airlines Flight 568. Take off from Chicago O’Hare on Friday, July 18, 2003, nominal take off at 18:05 central summer time. Weather conditions: sunny, only a few clouds at both start and arrival in Burlington, VT, at 20:54 eastern summer time.

While starting, only the Audiovox phone was used. While the plane was still accelerating on the runway(18:23), I dialed into my voice message box and received a clear and immediate connection just when the plane took off. I hung up right away and dialed again(18:24). As the plane ascended quickly, I received another immediate and clear connection, but this time I entered my PIN number waiting for the message service to grant me access to my messages. However, the connection was lost, and any attempt to reestablish a connection failed. After another minute, the phone complained with a loud alarm tone that no service was available. According to a later inquiry with the pilots, the plane reached an altitude above ground of 15,000 ft (4,575 m) within five minutes.

During this high altitude flight at 37,000 ft, no service was ever available. As soon as the plane started to descend toward Burlington, both cell phones were switched back on in an attempt to get any service. As soon as the phones gave up on searching service, they were turned off and turned on again so that the phones would again search for service. Several minutes before the pilot put out the landing gear at 20:49 EST, both phones indicated that they had found service, but any attempt to get any connection to the voice message boxes with either of the phones failed. On 20:51(20:49 acc. to bill), two minutes after the landing gear was pulled out, a clear and stable connection to the voice message system could be established by both phones. This connection could be reestablished at will until the plane touched down at 20:54. Asked for his assistance, the pilot explained that he had put out the landing gear at an altitude above ground of 2,000 ft (610 m) at a speed of 200 knots (230 mph/371 km/h).

Since no information could be gained about the exact altitude above ground for the exact time when a cell phone connection gets interrupted during take off—not even this point in time is exactly known—no experiments were done at take off from Burlington.

When descending toward Chicago, the Nokia/Cingular phone could not establish any service at any time until after the aircraft had landed. The Audiovox/Verizon cell phone managed to get service just as we flew in over Lake Michigan from the east at an estimated altitude above ground of around 6,000 feet. However, none of the uninterruptedly made attempts to get a connection was successful. This cell phone signal was lost again as we flew out toward the center of the lake, and was reestablished as we approach the west coast of Lake Michigan. Uninterrupted attempts to establish a connection to the mailbox continued to fail until one minute after the pilot had pulled out the landing gear some 6 to 8 miles west of the coast of Lake Michigan at 18:56. The first successful connection appeared at 18:57(18:57). The second one established right thereafter was immediate and clear until the plane touched down at 19:00. According to the pilot, the landing gear must be pulled out when flying at an altitude of 1,500 ft at the latest (457.5 m). He could not remember exactly at which height he actually pulled the gear, but stated that it was well above that mark, probably at some 2,200 to 2,500 ft (671-762.5 m) at a speed of some 200 knots (230 mph/371 km/h). 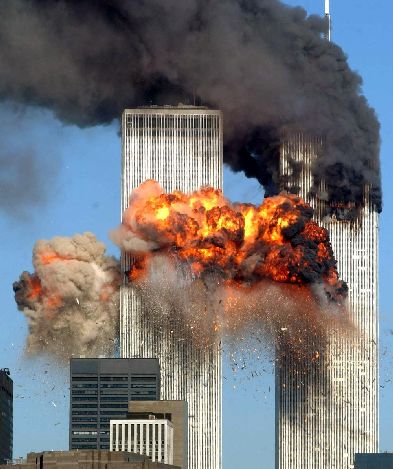 Burlington, VT, lies within a more rural area, whereas Chicago is the third largest city of the U.S. with one of the best developed cellular networks. In spite of this, the results were similar in both cases for the Verizon Wireless network, which prides itself on being the best developed in the U.S. The reason why the second phone failed to establish any service in the Chicago area until after landing is unknown.

Cell phones traveling in airliners can get a service signal at heights up to some 6,000 ft, but it is not possible to make a connection, at least not while traveling at the usual cruising speed of a normal airliner (500-550 mph). Since in all cases (if at all) connections could only be established well after the pilots have pulled out the landing gear at some 2,000 ft and at a cruising speed of 230 mph or less, it seems safe to conclude that in summer of 2003, no connection could be made with a cell phone from an airliner flying in the U.S. when above an altitude above ground of 2,000 ft (610 m) and when traveling with a speed over 230 mph. Considering the fast descent of the planes and the fact that they kept slowing down as they approached the runway, the height at which a connection could be established might actually be as low as 1,500 ft (457.5 m), and the speed around 200 mph.

The reason why a connection could only be established at some 1,500 ft above ground despite the fact that a signal was present already at some 6,000 ft may be that the speed of the traveling aircraft was too high at higher altitudes. It seems safe to say that the speed must be under 230 mph in order to establish a stable connection, a speed which an airliner can reach only during landing, with landing gear, air brakes and flaps all the way out.

It is generally agreed upon that all the airliners that crashed on September 11, 2001, flew at a high cruising speed of 500 mph and more until they crashed. Thus, it seems safe to say that no cell phone of any type could have established any stable connection to any cell site at that speed, no matter which height the planes flew at. This is particularly true for United Airlines flight 93, which did not only fly at high speed but also at a relatively high altitude during the time when the alleged cell phone calls were placed.

Appeal to All Readers

Anybody who is willing to provide his own input on this problem by testing his cell phone’s capability to make connections from aircrafts during descent is more than welcome. We will publish such data either with the name of the experimenter or anonymously if indicated. Please provide the following data: