While Committee for Open Debate on the Holocaust hasn’t shamed any New York publisher into bringing out David Irving's (de facto) banned Goebbels just yet, CODOH's ongoing campaign against the book's suppression has begun to bring results. The most visible among them, so far, has been an astonishing column in a national magazine advocating both publication of the Irving book and an open debate on the Holocaust itself — and offering tell-tale evidence of its author's acquaintance with CODOH's unrivaled (in the US) presentation of information about the book on its Web site.

The piece in question, by British journalist Christopher Hitchens, appeared in the slick, popular Vanity Fair (June 1996). In regard to the last-minute cancellation of Goebbels, Hitchens, an honest writer of the left, points out that the debate which has erupted among orthodox Holocaust historians over Daniel Goldhagen’s book Hitler's Willing Executioners (see Smith's Report No. 32) is not a debate at all. Rather, Goldhagen and his opponents are in fact involved in an argument with an unseen opponent, and “... this unseen opponent is David Irving.”

Hitchens goes on to write: “I have thought about this a lot and I feel the need to say, very clearly, that St. Martin's has disgraced the business of publishing and degraded the practice of debate.” He points out at some length Irving's eminence as a twentieth-century historian, concluding: “His studies of the Churchill-Roosevelt relationship, of the bombing of Dresden, of the campaigns of Rommel and others, are such that you can't say you know the subject at all unless you have read them.” 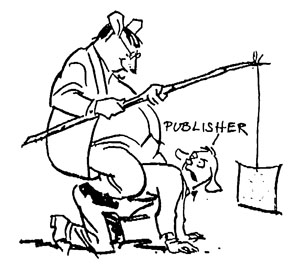 Hitchens relates his bearding of Holocaust historians Yehuda Bauer, Christopher Browning and Ronald Kwiet in their temporary den at the U.S. Holocaust Memorial Museum to ask if they agreed with the St. Martin’s decision. “They shrank,” he reports, “as if I had invited them to a Witches’ Sabbath,” each then declaring his personal opposition to publication of Goebbels. Indeed, Hitchens went so far as to call Professor Raul Hilberg — and got the man whom Robert Faurisson has characterized as sort of a “pope” of the exterminationist side in the Holocaust debate to say that yes, he agreed with Hitchens, that publishing people like Irving “. . .only leads those of us who do research to re-examine what we might have considered as obvious.”

The CODOH connection? Advocating another publisher taking up where St. Martin’s left off, Hitchens remarks that “until then, one will have to seek David Irving on some ghastly Brownshirt Web site, which will parade its bravery in making the occult facts into revealed truth. Is that what the established experts want?”

Well, this was a little deflating, since CODOH's Web site is undoubtedly the one Christopher Hitchens has in mind, and his acquaintance with it is almost certainly more than, shall we say, merely notional. More in sadness than in anger, we sent a letter to Vanity Fair chiding Hitchens for his extreme discretion in covering his tracks to CODOH's non-ghastly, non-Brownshirted Web site — but let him know we were glad he’d armed himself with some of the facts about Irving, Goebbels and revisionism that we make available, with (thanks to our Constitution) rather less bravery than those revisionists, Irving among them, who risk persecution for their ideas in France, Germany and other countries.

For all that, Christopher Hitchens is a hero among the milquetoasts of American journalism. While a few other writers, including New York's ex-mayor Ed Koch, have condemned the suppression of Irving's book, Hitchens is the first Establishment writer of any import in America to date, so far as we know, to call for an open debate, and an actual debate, on the facts of the Holocaust.