The following text was written by Theodore O’Keefe, long-time coworker of the Institute for Historical Review and former editor of The Journal of Historical Review, on occasion of Robert Faurisson’s 75th birthday:

"Robert Faurisson taught revisionists the hardness of words. Molded by the exacting discipline that reading and writing the classical languages demands and confers, Faurisson pierced the paper curtain of historical untruths that guarded the Holocaust cult.

A stone-kicking literary materialist after Samuel Johnson, Faurisson measures words for their simplest real-world significance: in the diary of Anne Frank, the confession of Rudolf Höß, the diaries of Dr. Kremer, and other texts that he seized, then deployed without mercy against those who wielded them.

Robert Faurisson is a good man, but not a timid or a meek man. In France, where defying the Holocaust taboo involves severe consequences for one’s professional, legal, financial, and physical well-being, Faurisson has hounded a whole establishment so pitilessly that a law was passed to silence him – to no avail, of course. Faurisson makes a poor martyr: he once said that a good revisionist needs to have a little bit of the sadist in him, and for all he has endured, he’s inflicted much more on his persecutors.

I have learned from and enjoyed much with Robert Faurisson in our contacts over the past two decades, and have been privileged to have aided the publication of his writings and the appreciation of his work in small ways in America in those years. May he continue to instruct and offend through rigor and precision for years to come!

Finally, Dr. Thomas Sunic submitted this short piece after the deadline of the Festschrift:

Had he yearned for praises and eulogies, Faurisson would have not forfeited his career as a French university professor. He could have sold out easily like many of his former university colleagues did, whom one can daily observe on talk shows, on major French TV channels. Neither can Mr Faurisson be dubbed a historical revisionist, only. His scope of analysis and his provocative mindset go far beyond the critical examination of modern history. Faurisson can probably be described as a heretic, in view of the fact that he skilfully attacks modern methods in the fields of the humanities. Like a few high calibre professors, his life-time of reading and research led him to challenge some deeply held beliefs about "self-evident" truths.

Naturally, his inquisitive mind brought him to clash with the new French inquisition and its enforcers, know as the thought police. Not only is he the target of hagiographers who peddle around surreal modern myths; he is also the special target of an array of French "bien pensants," who tremble at the prospect of being dislodged from their well paid media and histrionic certitudes.

Probably Faurisson should be added into the rank of critical French thinkers who demolished modern beliefs in the fields of sociology, literature, and philosophy. Upon closer observation many heretic French thinkers, starting with Voltaire, Sorel, or Celine lived in a society which was far less intellectually oppressive than today’s France.

Faurrison does not nurture the illusion abut the cessation of mankind’s insatiable appetite for new myths and verities – which as a rule next generations discard, only to replace them by new "self- evident " truths. Do we not witness how modern intellectual elites in the USA and France, who not long ago espoused the Freudo-Marxist scholasticism, replace it today with the dogma of the "self evident" free market ? The very fact that on several occasions Faurisson was physically attacked by his opponents, tells us more about the credibility of the ideas his opponents espouse than about Faurisson himself.

Faurisson did interesting studies on the French 18th ct. thinker Voltaire and the modern novelist and satirist Louis Ferdinand Céline. Not only were those two French authors trouble shooters for the ruling class of their epochs, respectively. They were also great stylists whose sound construction of sentences makes them accessible to every simple reader in the quest for truth. Likewise, Faurisson’s prose is also unambiguous; there are no cryptic sentences and redundant phrases. Yet, there is always a grain of irony in his words laced with traces of cultural pessimism. Ironically, as a good connoisseur of all tricks in the French language, Faurisson would be the right person to teach his detractors how to better craft the meta-language for their own mendacity. Faurisson cannot be fooled.

Robert Faurisson was born in Shepperton, England, in January 25, 1929, of a French father and a Scottish mother. The eldest of seven children, his first schooling was in Singapore and in Kobe, Japan; from the age of seven, he attended various French catholic institutions, including a Jesuit college in Marseille and, in Paris, the Collège Stanislas. He pursued his studies in classics in Paris at the Lycée Henri-IV and the Sorbonne. He holds the agrégation des lettres (French, Latin, Greek) and a doctorate in "literature and the social sciences." He taught modern and contemporary French literature at the Sorbonne. At the Université Lumière of Lyon, he developed a structure for the teaching of "Criticism of texts and documents (literature, history, media)". In the 1960s and 70s, he made a name for himself with his method of decrypting literary works with a reputation for difficulty; in that period he published A-t-on lu Rimbaud?, A-t-on lu Lautréamont? and La Clé des "Chimères" et "Autres Chimères" de Nerval. From the late 70s onwards, he applied the same direct and pragmatic method to the study of difficult historic or literary subjects: the problem of the National Socialist gas chambers, the ‘confessions’ of the SS, the ‘Diary of Anne Frank,’ etc. In 1978-1979, he was forced to give up his teaching activities. Between 1978 and 1993, he suffered numerous physical assaults. He has been beleaguered with criminal proceedings. He has published four revisionist booklets and produced two chief revisionist works in French, one of which, the four volume Ecrits révisionnistes 1974-1998), was, owing to the laws against historical revisionism, edited privately and printed at his own expense. Some of his revisionist writings were published from 1980 to 2002 in the American Journal of Historical Review; the first two were entitled "The Mechanics of Gassings" (Spring 1980) and "The Gas Chambers of Auschwitz Appear to be Physically Inconceivable" (Winter 1981); the last was "My Revisionist Method" (March/April 2002). R. Faurisson has lived with his French wife in the town of Vichy since 1957. They have three children and five grand-children. He is an atheist and apolitical. 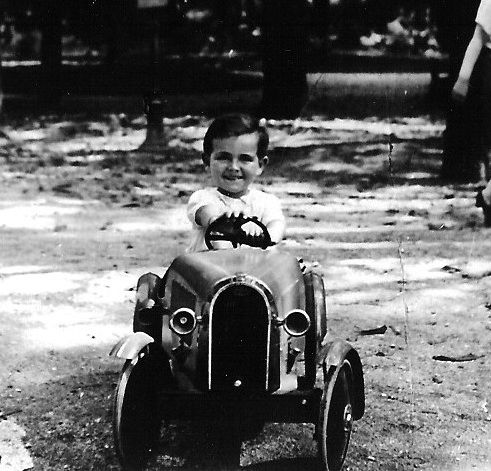 Robert in a toy pedal car 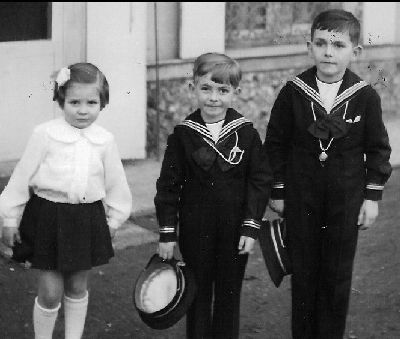 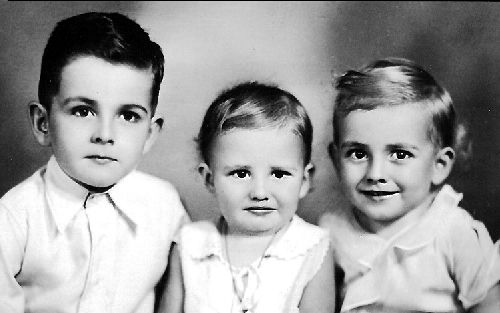 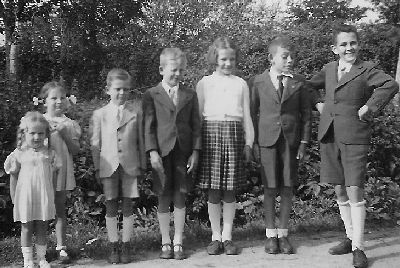