For Email Newsletters you can trust
Contribute
Donate Now!
other ways to contribute »
Popular items
About the Author
John Weir
John Weir is a computer programmer/analyst who lives with his wife and three children in a suburb of Kansas City. Born in Missouri in 1958, he received a B.S. degree in computer science and technology from the University of Missouri at Kansas City.
Read more »
Featured documents
Search the Library
Advanced Search

"Three can keep a secret, if two of them are dead."—Benjamin Franklin 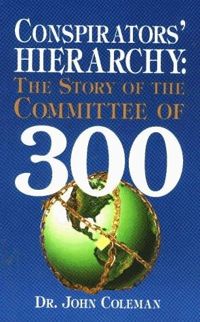 One thing that strikes a student of the history of the United States is the trend toward expanding and centralizing the power of the Federal government, particularly since America’s War between the States.

There is no question that the bureaucracy governed from Washington, D.C., has never been larger, better funded, and more powerful than it is today. Taxation and regulations by the central authority have never been more onerous or ubiquitous. The government’s domestic policies are driving jobs overseas, while encouraging the immigration of millions of foreign workers with little education and even less in common with American culture and traditional values.

The question is not whether government actions have brought about these results, but whether they are the unintended consequences of an incompetent government, or the intended outcome of a program to destroy America both economically and culturally.

Dr. John Coleman’s answer is that the situation America and Americans confront today is the result of a conspiracy that dates back centuries, spans continents and implicates thousands of the political and private elite across the entire political spectrum.

His unified field theory of conspiracies includes – but is not limited to – such events as the creation of the United Nations in the 1940s, the invasion of America by the Beatles in the 1960s, the assassination of President John F. Kennedy; the resignation of President Richard M. Nixon, and the ousters of the Shah of Iran and of Manuel Noriega of Panama.

A major source of income for the conspirators in what Coleman calls the "Committee of 300" is the illegal drug trade. The drugs that are the main source of this income are heroin and other opiates, although in the 1980s cocaine started to play a larger role. This means of funding goes back to the eighteenth century and the capstone of the racket is the British monarchy.

Using the money generated by the drug trade and government taxation, the conspirators operate through foundations, political think tanks, and such channels of pop culture as book publishing, television, radio, and Hollywood movies in order to push its political agenda.

The ultimate goal of the Committee of 300 is the control of all the world’s natural resources. Since the Committee views the limited resources of the planet as exhaustible – à la Thomas Malthus – the human population needs to be drastically reduced to a level of "sustainability." This means that to achieve this goal, 90 percent of the people living on the planet will have to die without leaving replacements.

"Committee of 300" appears to be a term of Dr. Coleman’s invention. How he came to use it is not explained – the conspiracy doesn’t appear to contain a fixed number of three hundred members. Prominent people move in and out of front organizations and government agencies on a regular basis. Yet the conspiracy itself remains constant. That this group has operated for as long as it has, with its constant turnover in lower-level membership, without being challenged or exposed, is incredible.

Despite the amazing size and longevity of the conspiracy, the author’s proof of it is to be found nowhere in the book. There are no footnotes. There are no specific references to consult. The reader is expected to believe Dr. Coleman based on his word. He claims to have at one time had access to the secret, private papers of the Committee as a member of a government intelligence agency – yet he neither reproduces nor quotes from any of these papers in the book. The best his presentation does is give some historical facts, which he contends are related to describe the big picture.

The book itself is poorly organized. There are no chapters, and the topics covered appear and reappear throughout. Don’t expect chronology: Time shifts randomly. This may give some insight into how Dr. Coleman thinks.

Dr. Coleman may be right nonetheless, but as Gertrude Stein wrote "there is no there there" in this book. Or it may be he is partially right in that the picture he presents is a distortion of the truth. Conspiracies certainly exist. People cooperate toward goals all the time. Sometimes groups work in secret. There is nothing outlandish about that. But one has to wonder if some "unintended consequences" of history were really unintended at all.

A case in point is the recent war in Afghanistan. Though this book was written while George Bush the Elder was president, Dr. Coleman explains the importance of the heroin trade to the conspirators. The elder Bush invaded Panama allegedly to help stem the flow of cocaine into the U.S. Yet the drug trade from South America didn’t slow. It simply shifted west, away from Florida. This implies that Panama may be a better cocaine transit hub now than it was under the man ousted by the U.S. invasion. Then, when the Taliban cut the poppy crop by 98 percent (see the 2001 Drug Enforcement Agency Drug Situation Report for Afghanistan from South America www.usdoj.gov/ dea/pubs/intel/intel0901.html) they suddenly became intolerable for the West. The attack on New York City and Washington, D.C., on September 11, 2001, was quickly followed by George Bush the Younger’s ousting of the Taliban, and the planting of more opium in Afghanistan than had been grown there in years. One has to wonder if that was an unintended consequence or merely an unstated goal of the invasion. Removing the Taliban to resume opium cultivation is all the more convincing as a motive for the U.S.-led invasion since the restoration of the poppy fields is about the only thing that has changed in Afghanistan since the Taliban were removed to Pakistan.

Coleman’s suggestive insight into the importance of the trade in addictive drugs to the Conspiracy is one of the few credits that can be awarded to his book. Otherwise, there is little to recommend in Conspirators’ Hierarchy.