The National Socialist government of Germany was neither the first nor the last to deal with health issues resulting from concentrating large populations in confined areas. It is unfortunately typical that many who consider the accounts of witnesses of the Nazi concentration camp system view this time and the events which have come to be known as the Holocaust as totally unique in history. It is both important and enlightening to consider the Nazi procedures to handle population transfers in light of similar procedures in the United States and other less-maligned countries.

I have recently discovered an important article that helps shed light on American delousing practices in the years running up to the Second World War. In a New York Times article, “New Delousing Plant” which was published on July 17, 1921 we learn that then governor of New York Miller was very concerned about the spread of Typhus coming from arriving immigrant populations. The article recounts Miller’s tour of Hoffman Island with several other state officials to view the delousing plant that was under construction there. Hoffman Island, largely forgotten today, is a small island in Lower New York Bay that was used in the early 1900’s as a quarantine station for immigrants found to be carrying diseases when they arrived at the more well-known Ellis Island. 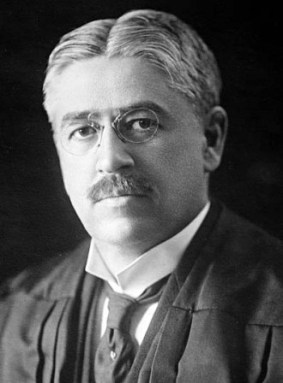 The article describes the need to combat the panic that was developing in the native populations when newly arriving immigrants from southern Europe were found to be infected with Typhus. The Health Commissioner of New York is described as having the “rather terrible responsibility of protecting the entire nation against typhus.” The article goes on to report that the Surgeon General said, “the station is sadly lacking in facilities to meet the present emergency, and it is most important that the sanitary safeguards at that port be strengthened if the infection be excluded and at the same time commerce be not obstructed.”

The Surgeon General communicated directly with Governor Miller who directed state architect Lewis Pilcher to expedite the work on whatever facilities were necessary at the quarantine station to halt the typhus invasion. Miller authorized that any reasonable amount of state funds could be spent to build a delousing plant on Hoffman Island. Pilcher’s plans were approved by authorities from the Public Health Service. We learn also that Pilcher’s design was not limited to the New York area and that the Royal government of Italy was adopting the plans for its own quarantine station for emigrants.

The delousing plant is described as follows:

“The most noticeable features of the building are the complete elimination of all trim, which makes it impossible for vermin to lodge anywhere. Floors, when completed, will be made entirely of concrete, sloping to a central drain so as to permit flushing with salt water.”

The delousing process which was to be used is also described.

“The immigrants who are to go through the process of delousing enter a room capable of accommodating groups of seventy-five to one hundred at a time. They are asked to remove their clothes. Their shoes, leather belts and similar articles are placed in one room, where they are treated with gasoline and oil, and their other clothing put in burlap bags, one to each individual. The bags are numbered and each person receives a tag. The bags full of clothing are put through two chambers, where they are treated with cyanide gas, which does not destroy them, or with steam under pressure. These treatments penetrate the materials and destroy both the lice and the nits."

"Immigrants then pass into a series of shower baths where they are treated with a certain mixture of soap and oil or acetic acid, of which the principle is that the vermin are suffocated. The men’s hair is cut off and the women’s hair is thoroughly treated with oil. When the treatment is finished their clothes are restored to the immigrants, each in an individual bag.”

This process is described as one that is calculated to maintain “thoroughness and efficiency.” With this process immigrants are said to be processed at a rate of 100 per hour.

There can be no doubt that like the New York war on typhus that the Nazi government built delousing stations and utilized procedures to fight typhus in the concentration camp population. In fact, all arriving prisoners in the Nazi concentration camp system must have been subjected to a process not unlike that on Hoffman Island.

Holocaust witness, Primo Levi describes just such a process in his Survival in Auschwitz. Levi who was an inmate at Monowitz (sometimes referred to as Auschwitz III) describes the disinfection process as follows:

“Unexpectedly the water gushes out boiling from the showers – five minutes of bliss; but immediately after, four men (perhaps they are the barbers) burst in yelling and shoving and drive us out, wet and steaming, into the adjoining room which is freezing; here other shouting people throw at us unrecognizable rags and thrust into our hands a pair of broken-down boots with wooden soles; we have no time to understand and we already find ourselves in the open, in the blue and icy snow of dawn, barefoot and naked, with all our clothing in our hands, with a hundred yards to run to the next hut. There we are finally allowed to get dressed.”

Not unlike the immigrants arriving at the delousing plant of Hoffman Island, Primo Levi and those like him, arriving at Auschwitz were stripped naked, given soap, sent to hot showers while their clothing was deloused with cyanide gas. The rooms had drains in the floor for the excess water to flow. Rather than being given their recently deloused clothing back, the inmates of Auschwitz and other camps were given the striped garb of the concentration camp prisoner.

The process was designed to be thorough and efficient. The fear, confusion and psychological impact which would later result in fantastic macabre tales in which the cleansing soap became the fat of former victims and the life-preserving delousing agent became an instrument of death could not have been predicted by German officials who were under strict orders to lower the mortality rate attributed to typhus.

Photo of Nathan Lewis Miller, Library of Congress. No restrictions on use.