The Death of the West: How Dying Populations and Immigrant Invasions Imperil Our Country and Civilization, Patrick J. Buchanan, New York, 2002

The title of Pat Buchanan's latest book instantly brings to mind Oswald Spengler's classic two-volume study, The Decline of the West. The similarities between these efforts, however, end with the title. While Spengler's book is a complex philosophical study of the West's decline, Buchanan's book is written for a mass audience and avoids the intellectual challenges one would expect from a book dealing with such an extraordinary prediction.

Buchanan does a good job of legitimizing debate over the politically incorrect subjects of White / European population rates and non-White, non-European immigration and its impact. Part of the legitimization of these subjects may have to do with the timing of the publication of this volume. Certainly Buchanan's alarm would have met an even less-accepting audience prior to the events of September 11, 2001. Post September 11th, however concerns over immigration have surfaced in many outlets that would never have previously discussed this contentious subject. It is this section of "Death of the West" that is the best written and most informative. 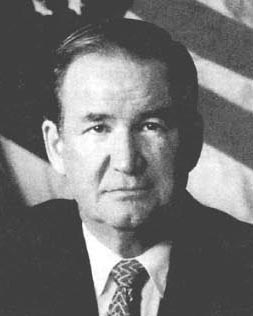 Many revisionists would expect that the relationship and impact of the Holocaust and its exploitation would deserve investigation in a book addressing the death of the west. One revisionist theory is that the Holocaust has been a driving factor of contemporary policy, which has resulted in increased immigration rates. Such concerns are not limited however to revisionists. Peter Novick noted in his The Holocaust in American Life that one of the counts in the indictment of the United States for complicity in the Holocaust was its "restrictive prewar immigration policy."(p.48) Peter Brimelow also explored this theme briefly in his book Alien Nation when he highlighted Earl Raab's comment, "The Census Bureau has just reported that about half of the American population will soon be non-white or non-European. And they will all be American citizens. We have tipped beyond the point where a Nazi-Aryan party will be able to prevail in this country." (p. 119-20). Kevin MacDonald devoted an entire chapter "Jewish Involvement in Shaping U.S. Immigration Policy" in his The Culture of Critique, to the broader topic of Jewish influence on immigration policy. MacDonald's analysis focuses primarily on pre-WWII trends and omits consideration of the Holocaust. This entire line of argumentation is avoided completely by Buchanan. Although he complains of leftist slanders like "Nazi," "Fascist," and "Racist" he doesn't follow the terms to their intended ends and avoids the Holocaust entirely (it does not appear in the index).

Buchanan does attempt to identify the root causes of the problems causing the downfall of the West. But here, he is much less certain of himself. In place of the statistics and cold-hard-facts of the early chapters of his book, Buchanan hurls a multiplicity of reasons to explain the downfall: 1) decrease in faith and religion 2) Legalized abortion 3) Sexual revolution and birth control 4) Women's Lib. For Buchanan, somehow these disparate events dovetail into a decrease in the family wage and the social influences of Karl Marx and other early Communist revolutionaries.

To explain the "death of the West," Buchanan aims a shotgun, sure that he will hit something. The problem with his result is that he hits so many items that he is often unclear and unconvincing. In general it appears to be "cultural revolutionaries" who catch most of the blame for the downfall. On this point, Buchanan is probably correct, the Cultural revolution is more critical than any political revolution but his arguments about its origin are all over the map. At one point he cites August 1914 as the origin. He cites many well-known communists throughout this section: Karl Marx, Rosa Luxemburg, Karl Liebknecth, Bela Kun, Leon Trotsky. But Buchanan is not satisfied with the big guns of the early Communist movement. Instead he shifts to the individuals who he believes are the most responsible for the current situation that the West finds itself in: 1) Georg Lukacs (Hungarian agent of the Comintern), 2)Antonio Gramsci ( the Italian Communist), 3) Max Horkheimer (Director of the Frankfurt School) 4) Herbert Marcuse (Brandeis professor.) Surely Buchanan's research could have turned up more likely suspects. It is hard to believe that this group of generally unknown characters is responsible for such a monumental event as the death of Western Society.

Buchanan devotes an entire chapter to "La Reconquista." Buchanan's history of the Mexican movement is rather revisionist and seems to suggest strangely that Mexico has justification in wanting to reconquer the Southwest! But later Buchanan shifts gears and piles criticism on those who express negativity about America's glorious past in this region. It appears that Buchanan's interest in history has little to do with the revisionist ideal of "bringing history into accord with the facts." Accuracy is not his goal — he longs for the history that we were all taught in elementary school: Columbus, Washington, Crockett, Lee, Lincoln, Custer. Buchanan likes his history painted in black and white with few if any shades of gray.

To wrap up his book, Buchanan has included a chapter to explain what is to be done - perhaps the weakest chapter in his book. Many political solutions are offered: Employers should be able to pay parents more than individuals without children 2) Federal tax credits for children 3) Shift taxes from family businesses to corporations 4) abolish death taxes 5) Increase duties on imports 6) roll back immigration to 250,000 / year 7) oppose amnesty for illegal immigrants 8) deport illegal immigrants 9) English to be the official language of the US 10) Don't make Puerto Rico a state 11) Strengthen the US Border Patrol 12) Oppose the expansion of NAFTA 13) Oppose the EU 14) Oppose the IMF and the World Bank 15) Oppose the International Criminal Court and the Kyoto Protocol 16) Abolish the WTO 17) Oppose NATO expansion 18) Withdraw troops from Europe and Asia. Buchanan also urges a return to a "fighting faith," a return to two-fisted Christian values. Unfortunately the "fight" seems to be nothing more than secession or withdrawal from the popular culture-- home schooling, renting old films and reading old books.

Buchanan then tosses out yet another reason for the "death." The victory in the cold war left conservatives with their guard down. This left an opening for the Cultural Revolutionaries to take over. Besides Lukacs, Gramsci, Horkheimer and Marcuse, Pat throws in Bill Clinton and even Adolf Hitler to this unlikely crew. Although Hitler's role in the death of the west would certainly warrant critical analysis, Buchanan's attack does not ring true and seems to be inserted to quiet critics who might hurl various epithets at him. Buchanan who argues for a "fighting faith" fails to confront any issue that might cause him a real fight. This is one of the greatest disappointments of this book.

Buchanan struggles to find what it is that defines the West and what if anything will hold us together as a people. He considers "racial solidarity" for a sentence but dismisses it as an answer never explaining what then he has against Mexican immigrants for instance. Maybe the answer is "Democracy" but a few paragraphs later Buchanan dismisses that idea. Next Buchanan suggests that Christianity must be the answer. For Buchanan Christianity is damaged or weakened from its fragmentation beginning with the Reformation. Buchanan's Christianity then is actually Catholism.

In an odd final paragraph Buchanan leaves us with this thought:

"Seated on his coffin in the wagon carrying him through the Virginia countryside to his place of execution, the old abolitionist John Brown was heard to say softly, "This is a beautiful country." And so it is. And that is why we must never stop trying to take her back."

Buchanan's final thought on the question of "why is the West dying" is as muddied as the rest of his thinking. The territory he seeks to capture has long been addressed in racialist literature. Buchanan has no will however for such an argument. He refuses to consider the Holocaust or Jewish concerns and influence on his subject. He senses clearly the problems that the West is facing but has retreated so far from the frontlines that his mind is dizzy with futile attempts to identify other causes and other solutions to the problems. Buchanan has done a good job of identifying symptoms of the West's illness, it will be up to braver authors to identify the cause of the disease and a prescription for its cure.