President Donald Trump takes evident pride in his daughter Ivanka, who converted to Judaism when she married Jared Kushner, a young Jewish man Trump has since recruited into his inner circle of advisors. Trump has promised/threatened to move the US embassy in Israel from the internationally recognized capital city of Tel Aviv to the city now claimed by Israel as its capital, Jerusalem, a move not taken by any other Western power, who keep their embassies in Tel Aviv. He appointed David Friedman, a virulent Zionist, to the post of ambassador to that country. He has disavowed his predecessor’s recent act of having the US abstain from a UN Security Council vote to censure Israel’s civilian invasion of the formerly Jordanian territory it has occupied these 50 years, now, called the West Bank (of the Jordan River), a step that enabled the censure motion to pass. 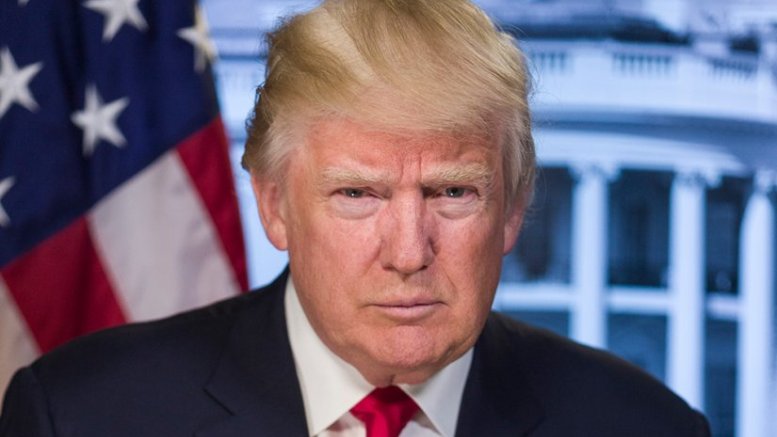 And then came Holocaust Remembrance Day 2017, on January 27 just past. He pronounced something like the utterances of presidents past on this occasion, decrying the killing of large numbers of people who shared some characteristic like being Hutus or residents of Hiroshima. But he left something out that all his predecessors were careful to prominently include. Jews.

Jews, who were persecuted, deported, imprisoned and, yes, subjected to lethal forces during World War II (which ended the year before Trump was born) by entities against which the US had declared and then conducted a monumentally murderous war. Jews, who like other groups ultimately sustained at least hundreds of thousands of deaths (their most-prominent spokesmen continue to claim 6 million), these in turn amounting to but a fraction of the deaths sustained by other groups (e.g., non-Jewish Poles) in the same times and places at the hands of the same agents (those Germans).

Holocaust Denial! shrieks the world’s leading Holocaust harpy, Deborah Lipstadt, though she renders the whole matter still more-sinister by labeling it “softcore” Denial—the sort that operates, like the censorship of historian David Irving, through what is not heard, rather than that which is heard. What goes around, comes around. Trump and his people have stood by his speech and all it didn’t say, rejecting the reflexive calls for apology/emendation coming from the ADL and the other familiar quarters.

Trump probably has no inkling, and Lipstadt, indifferent “historian” that she is, little more than her target, that the “policy” Trump has implemented precisely matches a policy scrupulously followed by the Soviet Union from the earliest days of its conflict with Nazi Germany: no mention of Jewry, an explicit target of Germany’s National Socialist regime. The Soviets’ reasons differ notably from those of Trump, who, after all, has told Christian groups that he will allow Christian immigrants from the seven predominantly Muslim countries that he has banned immigration from. The Soviets, in contrast to this religious particularism, essentially downplayed the role of religion in all matters, since good communists were, if not actually atheists, then at least first and foremost citizens of the particular national governments controlling the ground on which their abodes happened to be situated.

For many decades, now, this obstinate policy of the Soviets has rankled Holocaust advocates, who wish their own religious predilections to be reflected in the numeration of the martyrs to Nazi crimes.

Is the US president here conforming with Russian/Soviet preferences in de-Judaizing that Holocaust that is, undeniably, a Jewish-powered historical morality play? Is Trump not only a Russian patsy, but a retro-communist one as well?

The redoubtable Dr. Lipstadt will certainly weigh in on this point, now that I have called her attention to it.

The president himself, however, I hope will ignore the whole thing. He has, we’ve already seen, many, many other fish to fry.