Doug Christie and Bishop Tutu? It might have been

As most of you know, Canadian lawyer and free-speech standard-bearer Doug Christie died in March. I was blindsided. Looking back, I don’t understand why that was. I was aware that Doug had prostate cancer but somehow I had thought he would take care of it. While I hear regularly from Paul Fromm of the Canadian Association for Free Expression (CAFÉ), it had been some time since I had received Keltie Zubko’s newsletter.

One day in early March I received a message originating with Paul Fromm, forwarded to me by a third party, that Doug was very sick and was in hospital. That surprised me. I sent Doug an email encouraging him to look into nutritional supplements to back up whatever treatment the medicos were giving him. I recommended a source for information and supplements both. I explained that I thought the supplements had helped bring me through my own bout with cancer and chemotherapy pretty well. I wrote that I used nutritional recommendations in addition to, not in place of, the standard treatment I got at the Veterans Hospital. And I added that I did so without informing my doctors of what I was doing because no doctor had ever shown a positive interest, or any interest whatever, in such matters. 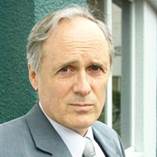 The very next day I received a message, again forwarded to me by a third party, originating with Keltie Zubko, this time to the effect that Doug’s cancer had spread to his liver and his life was in question. I was caught utterly by surprise. I should have been aware of what was happening, many others were, but I had remained in the dark. And I understood that the message I had sent Doug the day before about supplements must have read as if it were written by an insensitive fool. I wrote Keltie saying as much. And then it happened. Within days, Doug was gone.

I did not know Doug personally at all well. I was in Toronto in 1988 at the Zundel House when he was defending Ernst against prosecution for thought crimes by the Canadian government. We must have crossed paths there a number of times, but he was doing serious work with Ernst and Faurisson which I was not a part of. The only clear image I have, which I have told any number of times in the past, is of the afternoon when we were in court and I was testifying for the defense. Once Christie had examined me, and the prosecution had cross-examined me, court was recessed for lunch.

When I was cross-examined by the State prosecutor I had made a special effort to explain that I did not understand why a man was being prosecuted for having a minority perspective about one historical event, because in America we had a free press. I had several occasions to make that point in various ways. The lawyer cross-examining me, as well as some of those in attendance as spectators, expressed impatience at my attitude. And then the court recessed for lunch and while the judge was still in the room, Christie looked up at me from his table grinning from ear to ear and gave me a very public “thumbs up.” It was unexpected, and it is the one concrete, personal memory I have of Doug.

So early last year I was pleasantly surprised when Doug wrote me saying that he wanted to work out a program to encourage an engagement with Holocaust revisionism internationally. His idea was to write a letter to one individual who was internationally respected asking for his support and copy that letter to important figures worldwide asking for their signatures. I was uncertain if that was a good way to go. I ran the idea past Rucker, Widmann and Merlin. Merlin suggested that we write Bishop Desmond Tutu of South Africa. I was skeptical. Then several sources reported on Bishop Tutu’s response to Israeli attacks on Palestinians and that made a connection with me. I sent Doug a link to an article in Haaretz headlined: “Arabs paying the price of the Holocaust.”

On 07 May 2012 I received a note from Doug sent from his iPhone: “Doug to Smith. Thinking. Consulting. How long?” The last question addressing my suggested length for the letter. I had thought 500 words and probably less would be best.

On 01 June 2012 I received an email from Doug with the subject line reading “Petition for Free Debate.”

“Dear Bradley: Further to our previous discussions, which due to the passage of time, I may have forgotten in detail, I would like to suggest that we draft a reasonable and articulate petition for free debate on the Holocaust, which we could then approach prominent people around the world with a view to acquiring their signature.

“It seems to me that drafting of this particular document is a sensitive matter which needs to have sufficient breadth to enable a rational, sincere, and academically honest, as well as courteous discussion on the subject, so that prominent people would not feel frightened by the thought of signing such a statement.

“Have you any ideas on this?”

Keeping in mind that talking is to be preferred to emailing, one afternoon I telephoned Doug. I had not spoken to him in 24 years, since 1988. When he answered it was remarkable. It was as if we were old friends who chatted regularly. He was driving a pickup in the countryside as we talked, heading perhaps to a farm or country house. He was so open, the tone of his voice so welcoming—I want to say rich—it was as if it were a normal event for us to chat each other up. It was as if 24 years had reduced themselves to 24 days, or 24 hours. In the event, we talked about the Bishop Tutu letter and how to handle it.

“It was great talking to you on the telephone, and I’ll be thinking of you in the coming days while you are receiving your treatment. If it’s possible for you to glance over this draft letter and tell me what you think, I’ll be very grateful. Is this the type of letter you contemplate?

“It is, of course, just an introductory letter, and I am approaching this from the point of view of a South African doctor friend of mine, who may give me better information on how to phrase this type of approach. However, I look forward to your comments and corrections, and no doubt guidance as to a better way to communicate these important questions.

“With your signature humanism, you have recognized in Israel a regime fully as predacious on a disempowered minority as ever the Apartheid regime was that you helped overcome by the pure force of your moral stature.

“Both Apartheid and its even-uglier cousin in Israel are systems of repression: physical, economic, territorial, massively violent, and intellectual. That of South Africa, however, had the ‘virtue,’ as viewed from the rest of the world, of being essentially confined to South Africa. The one centered in Israel, on the other hand, has an insidious Doppelgänger that roams the world like an evil Santa Claus, but unlike jolly old Saint Nick, every day and every night of every year.

“Unlike Santa Claus, this 24/7/365 myth monger brings not presents, but a congeries of lies and hatred whose purpose is to disguise and justify the doings of the evil juggernaut of Zionism, all the way back to 1948, the dark year in which both Apartheid and Israel were enacted. This impregnably entrenched golem of duplicity and depredation is, of course, the relentless campaign against historical revision—of Israel’s history, for one, but of paramount importance, the so-called “Holocaust” of the European Jews. It takes not just the form of denial and counter-propaganda, but also a covert but massive campaign of repression through reputational terrorism that has ruined careers and even lives in the media, in the academy, in government, and in ordinary lives. Its agents—sayanim in their own language—are placed high, low, and above all densely in the venues just named, including your own, religion.

“The targets of this vicious initiative encompass not only good, honest, hardworking people (many of them Jews), but political integrity, academic freedom, and truth itself—values equivalent to the spilling of untold gallons of human blood and the stuff, as your actions thus far against Apartheid in South Africa and Palestine eloquently demonstrate you know, that makes the lives of humans, human.

“Could you see your way to directing your massive moral authority explicitly and vigorously against this hideous handmaiden of Israeli apartheid, whose shadow falls not merely on the Middle East, but across the entire world, inciting neighbor against neighbor, race against race, army against army, and nation against nation, the while murdering truth, honesty and freedom?

“Obviously, doing so cannot but advance your declared intention of overcoming Israeli apartheid. And like the evil itself, it can be—must be—conducted bloodlessly. And that way—the bloodless way—is the way you have already shown to have power before which the forces of violence can only creep away into the emasculated obscurity that frees humanity of their hope-killing curse.

On 13 June. Christie copied me on several emails received from associates of Bishop Tutu in Tutu’s own office and at the Polokwane Mankweng Hospital Complex, University of Limpopo-Polokwane Campus.

“As you can see,” he wrote, “I have made some personal contacts in South Africa, which might expedite our letter to his personal attention. Do you have any further suggestions?”

I thought this second draft of Doug’s letter was close, but I have no record that I responded to it. And I have no record that Doug tried to contact me again. On my end my own cancer was back and I was going through the chemotherapy process for the second time. I was tired, and then there was the stroke. I don’t even remember when that was, but it was about that time and I was not on top of my mental game (not a straight line).

On Doug’s end, I can only suppose that he was aware that his cancer was progressing, that it was increasingly bothersome for him, that probably he was receiving treatment for it, and that he was getting distracted himself.

In any event, I have no record, and no memory, of our communicating again.

I will never forget the quality of Doug’s voice that day I called him out of the blue after 24 years. The deep, fine texture of the voice, the uncomplicated sincerity, the way he was instantly, completely there with me.