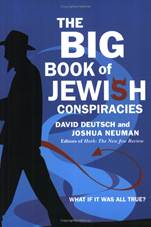 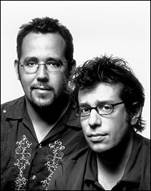 Josh Neuman wanted good blurbs for his first book, so he asked his parents for some words of wisdom. […] His dad, Lewis, said: ‘I think you went a little overboard on the Ferris wheel at Auschwitz.’ But what could Neuman expect? His father’s parents fled Vienna, Austria, for the United States during World War II and left behind families who died in concentration camps. Neuman understood his father criticizing a picture of a Ferris wheel superimposed via Photoshop into an image of Auschwitz – especially when that picture sits between text explaining how the Jews faked the Holocaust.”

With these words, the Daily Northwestern newspaper introduced a new book to its readers which tries to mock theories holding Jews responsible for various ills and disasters of this world.[1]

Far from taking a satire seriously and wasting time with it, I want to draw the reader’s attention to the picture mentioned in this introduction of a Ferris wheel pasted into the Birkenau camp (see illustration 1). Since this is a joke and clearly marked as such, I have no objections to it and actually find it funny.

What did trigger this article, however, was another addition to this photo that the authors do not mention: a thick line of dark smoke coming from behind the Ferris wheel and rising up to the right. If we compare this picture with the original, illustration 2, which was taken after the camp had been occupied by the Red Army, we see that there is no smoke. As a matter of fact, it could not have shown any smoke, because at that time all crematoria were demolished and no open air incinerations are claimed to have occurred at that time either.

Even though this photo pretends to depict the Auschwitz-Birkenau camp as a holiday and vacation resort in an attempt to mock revisionist research findings on Auschwitz – which never stated that Auschwitz was a funny place to begin with – it simultaneously tries to bolster the exterminationist case by subtly adding some smoke without telling the reader about that addition. 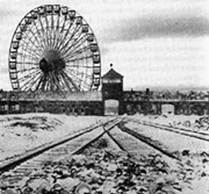 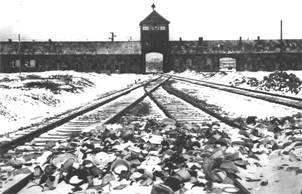 The forgery. Meant as a joke, this photo was not only enhanced by a Ferris wheel, but also by a thick line of smoke suggesting it is coming form the chimneys of the camp’s crematoria.[2]

The original photo, taken after the war, when the crematoria had been dismantled, can of course not show any smoke in the sky, which is hardly visible on the photo anyway.[3]

The authors’ attempt to mock revisionists therefore backfired on them, since they themselves have committed a forgery, hence confirming the revisionist findings that many Jews lied and continue to lie about the Holocaust, including the Jews Joshua Neuman and David Deutsch.