From Its Beginning, Israeli Policy Promoted War, Not Peace

In May 14, 1948, Britain ended its mandate over Palestine and Jews declared the establishment of Israel. General Sir Alan Cunningham, the British High Commissioner in Palestine, felt on his departure an "overwhelming sadness ... Thirty years and we achieved nearly nothing."[1] 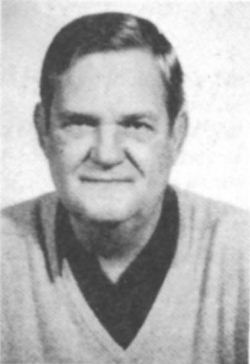 Donald Neff has written several books on US-Middle East relations, including the 1995 study, Fallen Pillars: US. Policy Toward Palestine and Israel Since 1945, and his 1988 Warriors trilogy. This article is reprinted from the May-June 1998 issue of The Washington Report on Middle East Affairs (P.O. Box 53062, Washington, DC 20009).

In fact, he and many other Britons felt considerable bitterness toward the Jews. Since the end of World War II, Britain had lost 338 citizens at the hands of Jewish terrorists.[2] Ahead was a half-century of bloodletting.

First there came an attempt by the Jews to complete the ethnic cleansing of Jerusalem. As the British withdrew, Jewish troops completed their occupation of most of southern and western Jerusalem, popularly known as New Jerusalem.[3] Reported Pablo de Azcarate, secretary of the Consular Truce Commission:[4]

Hardly had the last English soldier disappeared than the Jews launched their offensive, consolidating their possession of Katamon which they occupied two weeks before and seizing the German Colony and the other southern districts of Jerusalem. The last remaining Arabs were liquidated, and from henceforth, the Jews were absolute masters of the southern part of the city.

Arabs living in West Jerusalem accounted for more than half of the Arabs in the city, between 50,000 to 60,000 of the 101,000 total in 1948. They were undefended and either fled or were killed, leaving behind only those residing inside the Old City and three nearby districts. Jewish troops tried to capture the Old City they attacked Jaffa Gate, Damascus Gate, New Gate, Nebi Daoud Gate – but failed to penetrate them.[6]

At 4 p.m. local time in Tel Aviv, on May 14, 1948, David Ben-Gurion read the proclamation of independence, declaring the birth of Israel as of midnight.[9]

Although Ben-Gurion's proclamation promised in soaring words freedom and justice for all, there was no mention made of the United Nations Partition Plan's call for creation of an Arab state, nor the extent of Israel's borders. The question of Israel's borders went to the heart of the kind of country Israel would be – whether a peaceful state content with its size mandated by the world community or an expansionist Zionist state determined to wrest away the Palestinians' land.

The Jews chose expansion. Two days before declaring independence, the Provisional State Council, the Jewish pre-state government, had voted 5 to 4 not to mention borders. As Ben-Gurion had argued: "If the UN does not come into account in this matter, and they [the Arab states] make war against us and we defeat them... why should we bind ourselves?"[10] It was an artful way to say the Jews should grab as much land as they could.

It is clear from its inception that Israel chose to be not only expansionist but also repressive of the Palestinians. In its declaration of independence, Israel adopted "the legal system prevailing on May 14, 1948," including the British Defense (Emergency) Regulations.[11] These laws numbered over 160 decrees promulgated by Britain in 1945 to put down Jewish terrorism and gave authorities the right to expel suspects, detain them without trial, restrict their movements, destroy their homes and other extralegal powers.[12]

S. Shapira, Israel's future attorney general, said: "The regime created by the Emergency Regulations is without precedent in a civilized society. Even Nazi Germany had no such laws ... Only one kind of system resembles these conditions – that of a country under occupation."[14] Menachem Begin called the regulations "N azi laws" and vowed not to obey them, although he had no complaint about them when Israel later used them against the Palestinians.[15]

Martial law was initially instituted to prevent the return of refugees, or "infiltrators," as they were called, and to prevent those who had succeeded in crossing the border from returning to their homes ...

The second role assigned to martial rule was to evacuate semi-abandoned neighborhoods and villages as well as some which had not been abandoned – and to transfer their inhabitants to other parts of the country. Some were evacuated from a "security cordon" along the borders, and others were removed in order to make room for Jews. The third function of martial rule was to impose political supervision over the Arab population. In the process, the Arabs were isolated from the Jewish population.

The regulations were used to rule over Israeli Palestinians until 1966 when martial law was finally declared ended.[17] Since then Israel has found even more imaginative laws to enforce its occupation.

As for expansionism, Israel's actions said more than any proclamation could. When the 1948 fighting ended, Israel held 8,000 square miles, equal to

Surely it was no accident – certainly not the "miraculous" event that Israel's first president, Chaim Weizmann, claimed[19] – that nearly twothirds of the original 1.2 million Palestinian population was displaced and turned into refugees. Under Israeli pressure they fled their homes and businesses and Israelis took them over, enormously simplifying the task of establishing a new state. The value of immovable property left behind by the Palestinian refugees has been estimated at $4 million to $80 million in 1947 terms, to as high as seven times that amount.[20] This massive loss was the reason that the war became known to Arabs as the nakba – the Catastrophe.[21]

Israel completed its conquest of Palestine with the capture of the entire area in 1967, including Syria's Golan Heights. Since then, it has also taken over southern Lebanon and refuses to this day to surrender it as it does the Golan Heights and much of the West Bank and Gaza Strip.

Suppression of the Palestinians and conquest of Arab land was a formula for war, not peace. And that was what Israel got for the next halfcentury and will continue to court until it allows the Palestinians their freedom and the Arabs their land.

They Would Shake Their Heads

"The process of 'coming to grips with the past' [Vergangenheitsbewältigung] has not gotten very far in Japan, and today the trend is rather in the other direction. Why haven't the Japanese been able to come to grips with their [World War II] past as the Germans have? The answer is simple ... How would the neighboring Asian countries ... react if a Japanese politician, for example, were to call the day of the Japanese capitulation – August 15, 1945 – a day of liberation [as German President Richard von Weizsäcker did]. The neighboring countries would probably laugh him away or strongly protest, and the Japanese themselves, without exception, would shake their heads."
—Tan Minoguchi, Japanese writer, in the Süddeutsche Zeitung (Munich), Issue No. 157, 1999. Quoted in Nation + Europa (Coburg), March 2000, p. 19.