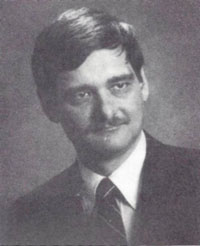 "“My goal in this war,"” thundered Winston Churchill in his widely-quoted speech of May 13, 1940, “is victory, victory at all costs.” As history records, the cost was very high indeed.

As a consequence of his policies, Britain did not win the Second World War. It merely ended up on the same side as the powers that did: the Soviet Union and the United States. Worse, British “victory” helped insure the survival of the most loathsome tyranny of our century, Stalin’s Soviet Russia, and the extension of its odious power over half of Europe.

We begin this issue with a report on the storm of controversy unleashed by a recently-published biography of Churchill. Adding to the work of Francis Neilson, David Irving and other revisionist historians, this book by a British scholar of the postwar generation represents yet another powerful blow to the durable Churchill legend.

For those who have been looking for a well-done videotape that clearly and persuasively presents the Revisionist view of the Holocaust story, the search is now over.

In our next feature, Associate Editor Greg Raven tells about the stunning new video by David Cole, a brave and talented young Revisionist activist and film-maker. Particularly eye-opening is Cole’s interview with Dr. Piper, Senior Curator of the Polish government’s Auschwitz State Museum. On camera, he readily acknowledges that claims made to hundreds of thousands of tourists annually about the camp’s “gas chamber” are false. (If Piper has not yet begun to feel the fury of the Holocaust lobby for permitting this interview, he certainly will soon. He’d be well advised to update his résumé.)

We next present Cole’s address at last October’s IHR Conference, in which he wittily tells about his visit to Auschwitz and his interview with Dr. Piper, and expresses the confident hope that Revisionist truth can defeat Holocaust lies during the forthcoming decade, if each of us resolves to do our part.

For eleven years, Holocaust personality Mel Mermelstein waged a determined campaign to shut down the Institute for Historical Review and this Journal. In this mission, he enjoyed enthusiastic support from a good part of the media. A motion picture tribute to his campaign, “Never Forget,” was broadcast nationwide in April 1991 over the TNT cable television network.

Few of the many people who viewed “Never Forget,” or who read any of the many newspaper and magazine articles in praise of Mermelstein, will ever learn that the Holocaust personality’s campaign has now – at long last – ended in humiliating defeat for Mermelstein, and unequivocal victory for the IHR.

In this issue, we are pleased to report (briefly) on the gratifying outcome of this costly ordeal, which came close to ruining the IHR. Theodore J. O’Keefe will provide a full account of the Mermelstein case – sprinkled with his usual piquant humor – in a future issue.

In our next feature, best-selling British historian David Irving tells – in his typically engaging way – the story of the diaries of Hitler’s propaganda minister, Dr. Goebbels, and the little-known postwar memoir of Adolf Eichmann, the SS officer in charge of the wartime deportations of European Jews. As we have reported, Irving’s role in bringing to light the long-suppressed Goebbels diaries from the Moscow archives generated enormous international attention last summer.

It’s perhaps worth mentioning here that Germany’s harsh wartime treatment of Jews in the occupied Soviet territories – a matter that Irving touches on in his address – can be fully understood only within the context of the extraordinarily barbarous war that was being fought on the Eastern front, a conflict all the more brutal because it pitted two regimes with the most diametrically opposed ideologies.

For one thing, immediately after the German attack against the Soviet Union in June 1941, Stalin ordered all Soviet citizens to engage in a ruthless partisan war against the occupiers. In practice this meant outright murder, not only of German and other Axis soldiers and officials, but of local people who worked with the occupation authorities. Moreover (and as a number of Jewish Holocaust historians proudly relate), Soviet Jews were particularly active in the ruthless campaign.

This entire subject – and particularly the role of the Einsatzgruppen special security police units – deserves more detailed treatment. While we intend to do just that in a future issue, for now readers are referred to a portion of an essay by me in the Winter 1989–90 Journal (pp. 398–403), and a part of an essay by Dr. Faurisson in the Spring 1986 Journal (pp. 28–29).

In a number of European countries today, anyone who openly expresses doubt about the Holocaust extermination story runs the risk of trial and punishment, including heavy fines and imprisonment. As we report in this issue, nowhere is the situation worse than in France, where Dr. Robert Faurisson – a good friend of the IHR since its founding – and other Revisionists are victims of a legal assault against freedom of speech.

In Germany as well, expressions of doubt about the official Holocaust story are treated as crimes.

One of the most prominent recent victims of this campaign is the highly decorated retired army general (and 1987 IHR Conference speaker) Otto-Ernst Remer. As we report here, in October a German court sentenced the 80-year-old Remer to 22 months imprisonment for publishing articles critical of the “official” Holocaust extermination story.

As we report elsewhere in this issue, another German court recently ordered David Irving to pay $18,000 for telling a German audience in 1990 that the “gas chamber” shown to tourists in Auschwitz is phony.

Once again, it is worth stressing the hypocritical, even shameful, silence on the part of the American media – and this country’s normally so vociferous guardians of free speech – to all this. For our part, we regard it as our duty to continue to provide the most detailed coverage anywhere in the United States on this modern day inquisition.

As we reported in our last issue, the US Holocaust Memorial Museum will be formally dedicated and opened in Washington, DC, in late April. In this issue, we tell more about this official US government memorial, and explain why even Americans who may entirely accept the Holocaust extermination story are justified in opposing the Museum.

We encourage readers who object to this pseudo-religious monument to misguided priorities and self-serving power to join other Americans who will voice their opposition at a public demonstration in Washington, DC, on April 22. (For further information, contact: Mr. Kirk Lyons, P. O. Box 1237, Black Mountain, NC 28711.)

Our next feature is by Dr. Martin Larson, a charter member of our Editorial Advisory Committee and an acknowledged expert on the history of religion. Referring to his own years of research and writing on this issue, and taking account of the Dead Sea Scrolls, he presents his view that Christianity has important roots in a dissident Jewish religious sect known as the Essenes.

Since the founding of the United States, the most perplexing issue and daunting social dilemma facing our nation has always been race. In an acclaimed new book, Paved With Good Intentions, American writer Jared (Samuel) Taylor takes a refreshingly straightforward look at this difficult and emotion-charged issue. Our detailed review of his carefully researched critique of the failure of America’s racial policy reflects the broader focus of the “new” Journal. (See also Taylor’s provocative essay on “multiculturalism” in the Summer 1992 Journal.)

Few Americans – including many who consider themselves well-informed – fully realize just how slanted US news coverage of the seemingly endless and apparently intractable Israel-Palestine problem really is. A remarkable new reference work by Palestinian diplomat-historian Issa Nakhleh, Encyclopedia of the Palestine Problem, provides a valuable antidote to the institutionalized bias of the media on this often perplexing issue.

We are pleased to present a fascinating introduction of Nakhleh’s admirable reference work by historian Robert John, a seasoned observer of the Middle East scene. (Incidentally, both Dr. John and Mr. Nakhleh have addressed IHR conferences.)

Finally, we wrap up this issue with a selection of readers’ letters. While we have always encouraged thoughtful commentary and criticism, we intend to make sure that the Journal’s letters section is a regular forum for comment and critique, and for a lively exchange of views.

Please note these corrections of errors in the J anuaryFebruary issue of the Journal:

On page 45, column 2, the photo caption "Montel Williams" is missing.

"For just as a living creature, if it is deprived of its eyesight, is rendered completely helpless, so if history is deprived of the truth , we are left with nothing but an idle, unprofitable tale. We must therefore not shrink from accusing our friends or praising our enemies ..."
—Polybius. Quoted in: The Rise of the Roman Empire (London: Penguin, 1979), p. 55.