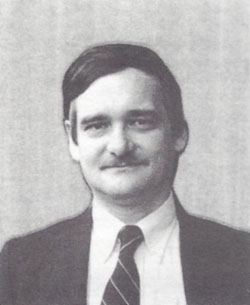 Just as the historic handshake between Israeli premier Rabin and Palestinian leader Arafat on September 13 was all but unthinkable just a few months earlier, some of what has recently been appearing about the IHR and this Journal in prominent newspapers and magazines would have been unthinkable a year or two ago. One or two swallows does not a Spring make. Still, the snow and ice of historical bigotry show signs of melting just a bit under the sunshine of facts and awareness. Along with the usual stream of hateful media coverage of the IHR and those who support us, gratifying indications of our growing impact have also been appearing.

Revisionist arguments, and this Journal, are given respectful consideration in a lengthy article about Auschwitz, "Evidence of Evil," in the November 15 issue of the prestigious weekly New Yorker magazine. In general, writer Timothy Ryback reports factually on the arguments of Holocaust revisionists. The persuasive videotape of Jewish revisionist David Cole (who addressed the 1992 IHR Conference) is discussed at some length, and Cole is accurately quoted. Ryback even accurately identifies and quotes me (on the often dubious nature of Holocaust survivor testimony).

Contrary to what the world has been told for decades, Ryback acknowledges, solid evidence of extermination at Auschwitz has proven just about impossible to find. "In the blueprints, construction documents and work orders that trace the construction and subsequent use of these [Auschwitz] buildings [where prisoners were allegedly gassed], which are now housed in Auschwitz Museum archives, there is not a single explicit reference to the use of gas chambers or Zyklon B for homicidal purposes."

Ryback also concedes that the crematorium and supposed "gas chamber" at the Auschwitz I main camp – which is displayed to tourists as an extermination facility in its "original" condition – is "indeed a 'reconstruction'." Still, he remains unconvinced of key revisionist arguments, and cites what he regards as compelling evidence of mass extermination by gas at Auschwitz.

First, there are the piles of human hair that are on permanent display for the tourists who visit Auschwitz. For decades, writes Ryback, this hair "has continued to bear witness." "There is nothing that speaks louder against the Nazi crimes than this hair," contends Ernest Michel, a wartime Jewish inmate of Auschwitz quoted by Ryback. The "human hair at Auschwitz," says Michel, is "the strongest evidence of what happened to us." (True enough, but not in the way that Michel and Ryback believe.)

Ryback makes quite a point of the fact (wellknown for decades) that "traces of cyanide" were found in samples of the hair tested in 1945. This must mean, he suggests, that the hair was cut from the bodies ofvictims dragged from gas chambers.

Actually, this collected human hair is evidence of something quite different. As even prominent Holocaust historians have acknowledged, when prisoners arrived at the camp, their hair was normally cut very short as a part of a routine procedure against the spread of disease. The cut hair was then treated with Zyklon to kill typhus-bearing lice, which is why hydrogen cyanide was found in the samples analyzed in 1945. (See the Winter 1992-93 Journal, p. 484.)

Secondly, Ryback makes much of the recently published – and much-ballyhooed – book by French pharmacist Jean-Claude Pressac, who provides "irrefutable proof" that Jews were gassed at Auschwitz. (For a brief, preliminary response to Pressac's new book, see Dr. Faurisson's essay in this issue of the Journal.)

"Historical revisionism is in the air these days," reports the December 1993 issue of Vanity Fair, an opulent New York monthly jam-packed with ads for expensive perfumes and other luxuries. In an essay on the growing impact of historical revisionism, British-born contributing editor Christopher Hitchens takes note, for example, of the recent assault against the reputation of Winston Churchill by the youthful British historian John Charmley. (For more on this, see the March-April 1993 Journal.)

Most eyebrow-raising, though, is what Hitchens has to say about the Holocaust story. On prominent display at the new US Holocaust Memorial Museum in Washington, DC, he notes, is a short signed statement by Auschwitz commandant Rudolf Höss, who "confesses" that, under his command, "two million Jews were put to death by gassing, and about one half million by other means."

Citing a Journal article by Robert Faurisson ("How the British Obtained the Confession of Rudolf Hoss," Winter 1986-87), and confused responses by prominent Holocaust historians Deborah Lipstadt and Christopher Browning, Hitchens concludes that, on this matter anyway, the revisionists are right. The Höss "confession" is not only factually wrong on key points, it was obtained by torture.

"An important piece of evidence in the Holocaust Memorial is not reliable," he informs readers.

Hitchens winds up his essay by quoting Nigel Hamilton, author of JFK: Reckless Youth, a disrespectful book about John Kennedy: "What was once considered revisionism is now considered biblical. And the revisionism endeavor is something that every generation must embark upon, whether it's the Holocaust or any other subject." Amen.

A rather sensational article in the Denver Rocky Mountain News, June 15, headlined "Denying the Holocaust," tells readers that:

Once dismissed as anti-Semitic kooks, their [Revisionist] movement is taking on a frighteningly legitimate veneer, with slick-paper magazines, "scholarly" conventions, full-page newspaper ads and smooth-talking leaders.

Their persona is the non-emotional skeptic rais ing unpopular but legitimate questions.

The Institute for Historical Review, News staff writer Rebecca Jones goes on to report, is a "California-based group around which much of the Holocaust revisionism movement revolves." (About me she writes: "When you talk to him, he's calm and rational. He doesn't sound spiteful or evil, just professional.") Accompanying Jones' article is a "For More Information" section that mentions several IHR books, along with the IHR address.

In the November 1993 issue of the leftist Boston monthly Z Magazine, writer Edward Herman takes aim at the recent anti-revisionist books of Deborah Lipstadt and Pierre Vidal-Naquet (which are reviewed in the Nov.-Dec. 1993 Journal). While betraying no sympathy for (or even understanding of) the arguments of Holocaust revisionists, Herman nevertheless finds Lipstadt and Vidal-Naquet "dishonest" and guilty of "falsifying evidence" and "falsification of history." Claiming to see a hidden motive behind the media attacks against revisionists, Herman goes on to write: "In explaining the periodic surges of attention to the deniers [that's us], the factor of service to the state of Israel is also important... A focus on Jews as victims helps generate sympathy for Israel."

Historical revisionism is the subject of a lengthy feature article in a major newspaper of Karachi, Pakistan. "What they say happened, and what really happened: A revisionist perspective of history," appears prominently in the "weekend magazine" section of The News, September 17, 1993.

S.A.H. Ahsani – identified as a former ambassador, and now an adjunct professor of history at the University of Texas at Arlington – deals with a range of historical issues, including the American Civil War, the assassination of President Kennedy, the origins of the First World War, and the May 1941 flight (and subsequent fate) of Rudolf Hess.

Ahsani favorably discusses the "researches by the American Institute of Historical Review," and reports approvingly on David Cole's videotape about Auschwitz. Ahsani concludes his lengthy article with the words: "It is high time that historians in developing countries started studying revisionist history. (Those interested can write to the Institute of Historical Review... ", and then provides the IHR address.

Ahmed Rami, a Moroccan-born revisionist who now lives in exile in Sweden, spoke at the 1992 IHR Conference. Not long ago, he conducted interviews with two prominent revisionist activists for one of the most influential newspapers in the Arab world. An interview with Otto Ernst Remer (who spoke at the 1987 IHR Conference) was published in two parts in the July 20 and July 23 issues of the Al Shaab ("The People"), a twice-weekly Cairo newspaper. Along with the interview are prominently placed photographs of Rami, Remer, and the two of them together.

A month later, a lengthy interview by Rami with Robert Faurisson appeared in two parts, August 24 and 27. Accompanying the interview in the August 24 issue, which contains several favorable mentions of the IHR and this Journal, is a photograph of Faurisson together with Rami at Dachau. Al Shaab is apparently the world's most influential "islamist" newspaper, with a circulation estimated at 700,000 in Egypt, and 300,000 elsewhere in the Arab-speaking world.

A generally fair and remarkably balanced article about Holocaust revisionism appeared in the August 1993 issue of the glossy (and raunchily pornographic) monthly Hustler. In "Whitewashing Hitler: Taking the Gas Out of Nazi Infamy," writer Jim Redden – who is also publisher of the Portland (Oregon) "alternative" tabloid paper PDXS – straight-forwardly reports on numerous aspects of the Holocaust debate, including the Leuchter Report, David Cole's videotape, and the views of David Irving and Arthur Butz.

Bradley Smith's revisionist campus ad campaign continues to make waves, in spite of efforts by the Simon Wiesel)thal Center and other influential Jewish-Zionist organizations to put him out of business. For a while it seemed as if such pressure might be having an effect. In recent months, though, Smith's ad campaign has come roaring back, as strong as ever. (See the Nov.-Dec. 1993 Journal, p. 22.)

A high point was the publication on December 7 of Smith's ad, "A Revisionist's View of the U.S. Holocaust Museum," in the weekly student newspaper at Brandeis University, a predominantly Jewish school. Several thousand copies of the offending issue were quickly stolen, and when further copies were distributed under police guard, about 250 students rallied in protest. Reports about the Brandeis campus uproar and Smith's ad campaign have appeared in newspapers around the country (such as The New York Times, Dec. 12).

Media coverage of our work has not been the only indication of growing impact. During the past nine months, Journal subscriptions have tripled; in one month alone nearly a thousand subscribers signed up. This growth is due in large part to several successful promotional mailings organized by IHR Director Tom Marcellus. (We like to think that the Journal's contents and new format have also been factors.)

Our last IHR Conference was held in October 1992. After a regrettable delay, preparations are now underway for the next one, the Twelfth, which will be held in September in southern California. We'll keep you posted about details.