Persecution and Prosecution of Revisionists
by Roberto Hernández
Published: 2015-11-03

“The fight for freedom of speech cannot be fought within the confines of the dictatorship of today’s Germany; it has to be fought from abroad.”—Gerhard Ittner

The way the courts in Germany behave with those who dare to express doubts and disagreement with the orthodox historical narrative of the Holocaust, including revisionists who do serious academic research on the H question, seems to come straight from a Franz Kafka novel. In The Trial, one of his best-known works, Kafka, the defendant, describes a world of madness that goes on behind his trial, endless bureaucracy and nonsensical court behavior that hauntingly resemble the irrationalities of the German courts and laws that limit free speech in that country, among other European “democracies”. 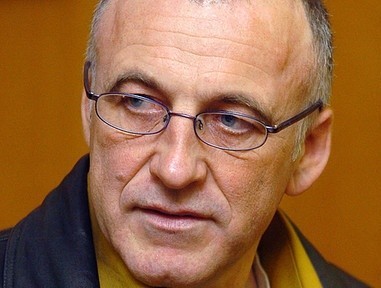 In German courts, defending yourself against that of which you have been accused, in regard to free speech, and trying to prove that what you are accused of denying is, to put it mildly, inaccurate and scientifically improbable, the Shoah narrative, can get you in much deeper trouble. So, after Kafka, is inverted the fact that a democratic state should guarantee freedom of speech, which among other things means the right to have unpopular ideas, contest that which you find irregular and inquire into any subject that you feel interested in. As we know, this fundamental right has been “regulated” by the state and limited by legislation in Germany and other European countries. So much for a real democratic German state.

In a letter to Peter Carr, Thomas Jefferson advised his friend as follows:

“Shake off all the fears of servile prejudices, under which weak minds are servilely crouched. Fix reason firmly in his seat, and call on her tribunal for every fact, every opinion…”

No such writ runs in Germany.

There are thousands of cases of German citizens who have been indicted for thought crimes just for exercising their right to free speech and free inquiry. One of those citizens is Gerhard Ittner.

Born in a small town, Zirndorf, near Nuremberg, Germany, Ittner is one more of those who have been punished by German courts for contesting the orthodox historiography of the holocaust.

But as one digs into his case, there is a difference from other revisionists and free thinkers that have been caught in the same net.

The difference from others who do not agree with Shoah narrative, besides being accused of holocaust denial, is that, according to the German state, he is seen as a member of the “NSU” (National Socialist Underground) terrorist organization. So from contesting the holocaust he has also been awarded with the terrorist label. His case got quite a lot of public attention. The magazine Der Spiegel (The Mirror) devoted an article to him, stating that from the beginning of the Nineties he had been in close contact with the Neo-Nazi scene in Thuringia.

The truth is he had been active in politics in general besides revisionism.

The case against Ittner began in November 2004. After being charged with thought crimes by the FRG (Federal Republic of Germany, or Bundesrepublik Deutschland), Ittner was convicted in 2005, but fled abroad to escape imprisonment. Among the accusations were nine counts of sedition. Bavarian officials said he denied the Holocaust, also denigrated the state and its symbols and markings. These officials say Ittner used the Internet to spread far-right propaganda between 2002 and 2004. What a horrible man he must be, eh?

After seven years on the run, he was arrested in Portugal in 2012 to be then extradited to Germany. At 54, Gerhard Ittner was to begin serving his 33-month sentence for slander, racial hatred and other crimes in a Bavarian prison.

While Ittner was still in Portugal, he revealed in an interview by Henrik Holappa some interesting facts that again make this case different from others. About his arrest in Portugal he says:

“On the 11th of April 2012 I was arrested in the town of Motemor-o-Novo in the region of Alentejo, Portugal, due to a European warrant issued by the Federal Republic of Germany (FRG). This warrant relates to ‘thought crimes’ and ‘freedom of speech crimes.’ This very warrant can be seen then as a violation of my human rights which guarantee freedom of speech, thereby making the warrant itself a crime against the rule of law, designed to prevent rebellion against tyranny.
However, now there is an opportunity to appeal against this warrant in the Portuguese courts, and then if necessary, in the European courts, eventually going so far as to appeal to the Human Rights Committee of the United Nations. For this chance I have been waiting 7 years in exile.”

He was using his political background knowledge to fight his case in the political arena, since these laws have a real foundation in widely accepted human rights. And he knew this well.

In this interview he went even further and stated that he basically let himself be arrested instead of keeping himself safe from imprisonment:

“They would not have captured me in the 7 years I was on the run and they would not have gotten me in one hundred years, if I had not risked on purpose getting arrested, for the very chance to bring my case to the International or European courts. For in Germany our comrades do not have a fair chance in court. Because of this, there is no justice in the FRG in cases relating to political persecution, rather there is just corruption and the cynical rule of the Zionist Occupied Government. In 2005, when I was still in exile, the time was not yet ripe to do what I am trying to do now.”

He also commented on the association the authorities claim he has with the NSU (National Socialist Underground) organization alleged to be a terrorist organization:

“One must be very ignorant not to realize that this ‘NSU story’ (National Socialist Underground) is just a hoax. It is a fake, put-up job by the government, just like 9/11. The purpose of 9/11 was to create a fake reason to start the Afghanistan War, and to fake a reason to strip the American populace of their civil rights, freedom, and to turn America into an Orwellian state made up of vassals serving a neo-feudal system of governance. The purpose of the ‘NSU’ hoax is to do the very same thing by cutting down on the citizenry’s civil rights, especially the right to freedom of speech for those who wish to uphold the national traditions of their country and its people. So, the ‘NSU’ hoax is meant to deprive nationalists of their rights, by labeling them as ‘right-wingers’ or even ‘neo-Nazis,’ attaching a negative connotation to these terms. Within the last year, due to the ‘NSU’ hoax one can be arrested simply by being suspected of being a ‘Nationalist’ in the FRG (Federal Republic of Germany).”

“Simply being suspected of holding ‘Nationalist’ sympathies can be reason enough to have your apartment searched by the police. During these searches they will remove whatever possessions you have that they choose, such as computers, CDs, DVDs, or books. You don’t even have to commit a ‘thought crime’ anymore in order to be jailed, as being suspected of being a ‘nationalist’ is criminal enough. It’s just like the witch hunts centuries ago. The regime of the FRG occupying Germany wants also to draw attention away from its disastrous policies and present a false reason to allow it to turn into a Bolshevist dictatorship.”

You can read the entire interview on Carolyn’s Yeager site: tinyurl.com/ndp7rdt

As noted above, Ittner was sentenced to 33 months in prison in 2005 and finished serving his sentence on October 15, 2014. But instead of being released, he remained in custody due to a new arrested warrant for “inciting the masses.” Ittner was merely transferred from penal to pre-trial custody. On October 16, 2015, the 25th day of his second trial, he was suddenly released by the Nuremberg district court. His case is still being tried in court, though. We keep reporting, so stay tuned.

France’s highest penal court (court of cassation) dealing with the case of French revisionist Vincent Reynouard has accepted the defendant’s motion to submit his case to the French Constitutional High Court on suspicion that France’s anti-revisionist law is unconstitutional. All previous motions by other defendants to the same effect had all been rejected. Part of Reynouard’s argument is that it is unconstitutional to allow denial of all other genocides —the French judiciary had just ruled that denying the Armenian genocide is permissible—while outlawing only the one allegedly committed against the Jews.