It’s definitely the Flap of the Month: a month ago, if you Googled “Did the Holocaust really happen?” you got the usual list of a billion or so hits, with the top (first) position occupied by the Web site of Stormfront, which carries an article claiming that “it” didn’t “happen.” A solid hit as to the question asked, but presenting an answer that the powers that be found objectionable.

So they changed it. Maybe a presidential election could be hacked, or maybe it couldn’t. But Google? And Google’s vaunted “algorithm” that finds what someone typing a subject into Google’s input bar is most likely to find pertinent to their interests? That was a piece of cake and, as coverage of the kerfuffle indicates, all it took was money. Money paid in, money withheld that would have been paid in—there’s no difference between the two, as any accountant or economist would tell you. And for whatever it is worth (it probably made no difference), Sergey Brin, founder and CEO of Google, is Jewish himself.

So, did Google just get out their cybernetic yellow marker and “highlight” queries with 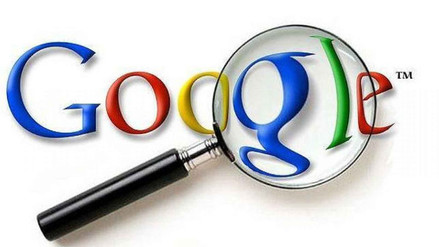 That String (H-o-l-o-c-a-u-s-t) in it and skew the returns to favor the one(s) desired by the people in charge? No such thing, Google assures us; they changed their secret, copyrighted algorithm so that, at least theoretically, it will return more-correct results for any and every query, no matter how scurrilous the predicate (the Holocaust might not have happened?) might be. I tested it with, “Is the earth really flat?” Note: here, I phrased my question outside my own beliefs. If I had asked whether the Holocaust (whatever it was) had “happened,” I again would have been asking contrary to my own conviction that “it” did. I nevertheless rank in the bestiary of such as Deborah Lipstadt as a “Holocaust denier” simply because I question, for example, the reality of gas chambers. So broad, and so full, is the tar brush with which the defenders of the Holocaust Faith smear their perceived opponents.

My “earth flat” query produced as its first actual (after the “Featured Snippet” editorial from Google) a hit eerily similar to the article on Stormfront that raised such a … storm. It read, as though paraphrasing the Stormfront offense, “Here Are Ten Reasons Why the Earth Is Actually Flat, Not Round.” The article, it turns out, is deeply skeptical as to the proposition, unlike the Stormfront “Ten Reasons” article “proving” the non-occurrence of “the Holocaust.” I’ve got scare quotes for both sides of this utterly inane question/proposition.

Google was never designed nor intended to be a fount of information as to truth—that is, what did or did not happen, or what is or is not so in science or reality. All its defining algorithm was ever intended to do was reflect activity, or interest, on the part of those using it. Lately, since devotees of the Holocaust Faith explicitly disallow any questioning of realities underlying their Holocaust Religion, they abandoned the field to those who do, or might. Ye shall know them by their fruits, Matthew might have said, including the fruits they do not yield, in this case arguments as to the factuality of the tenets of the Holocaust Faith. Like other religious tyrants, they have made a habit of declaring their side the Inviolable Truth and thereby forbidding the question in question entirely.

So Google’s algorithm (hereinafter referred to as “Gravity”) reflects inquiry, and commentary, by those who do not regard the “truth” quite so inviolable, whether they just don’t know, or actually doubt.

The Faithful have closed the breach. Now, it is harder to detect that anyone might ever have typed in the Heretical Question. Now, they are confronted with a wall of Inviolable Truth so high, and so thick that … some might question it.

For those few who might, look for us on Page Seven, or perhaps even Eight. We will be there, somewhere in the neglected morasses of Google out beyond Page Seven.

The truth is never easy to find, if only because there are so many, who are so rich, and so powerful, that they can lead us away from it. And the truth might not even lie with Stormfront, with its ridiculous answer to a ridiculous question. The truth has always been buried somewhere after Page Seven.

At CODOH, we wish only to encourage those who care enough to try to look past all the lies and deceptions. Nothing has really changed. Nothing at all.