Hans Metzner: The Old Jack in the Box 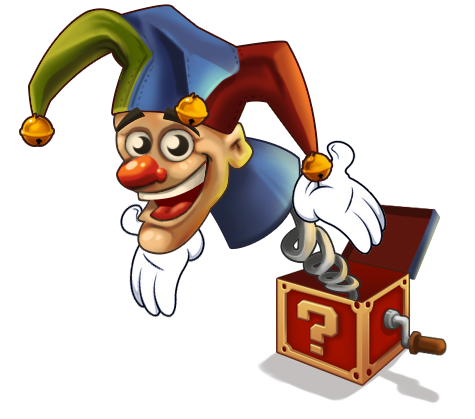 Greetings ladies and gentlemen. A few days ago an article about your humble author appeared at the Holocaust Controversies blog written by a certain Hans Metzner. Titled Panagiotis Heliotis - The New Star Shining in the Revisionist Coffin?[1] Metzner attempts to respond to one of my articles regarding Marcel Nadjari.

For those familiar with Revisionism this blog is of course quite known. Managed by a handful of not so earnest and sober individuals, it has embarked on a long crusade to slay the evil revisionist dragon. A tough and lonely battle to be sure, as those heartless orthodox historians totally ignore them. But I will give them the time of the day (but not much).

“The Holocaust denier journal "Inconvenient History" gets increasingly spammed with articles by some Greek denier Panagiotis Heliotis mainly pasting together full quotes with his feeble-minded outpourings strictly following the style and fallacies of "Revisionist" orthodoxy.”

So Inconvenient History is getting increasingly spammed? Oh heavens, somebody call the fire department (ehm, I mean the editor).

First of all, why does Metzner even care? Is IH among his favorite pages? And second, the last article of this denier was published 4 months ago – yet Metzner woke up last week? Perhaps it was his inbox that was increasingly spammed by people increasingly desperate for a response. Oh well, let’s move on with some of his complaints.

“For example, his article on the book Μαρσέλ Νατζαρή (Marcel Nadjari), Χειρόγραφα 1944-1947: Από τη Θεσσαλονίκη στο Ζόντερκομάντο του Άουσβιτς (Manuscripts 1944-1947 - From Thessaloniki to the Auschwitz Sonderkommando) consists to 2/3 of nothing but full quotes. Heliotis cannot even be credited for providing a translation from Greek of the contemporary war-time manuscript of the Sonderkommando prisoner Marcel Nadjari, since already in the last year the German and English translations of the manuscript were published in the scientific journal Vierteljahrshefte für Zeitgeschichte and this blog, respectively.”

Thank you very much Mr Metzner but unfortunately your journal asks for some good CASH before delivering the goods. As for your blog, not only the text is (of course) incomplete but somebody forgot to put on his glasses, as we read:

Nadjari did not refer to any man named Misko but to Metsos. Misko[2] in Greece is a brand of spaghetti!

So it looks like that Heliotis can be credited for providing a full translation of the manuscript. And free of charge. You’re welcome.

“If just the remaining 1/3 of the article actually written by him were of any value and advancing the issue. Instead, Heliotis leaves his couple of readers with his own helplessness on interpretating and explanining this source:”

You probably mean interpreting and explaining Mr Metzner (you can fix the typos now). And the conclusion is not due to helplessness as your wishful thinking dictates but due to insufficient and incorrect information from the witness. On which you write:

“Marcel Nadjari was a member of the Jewish prisoner's Sonderkommando in Auschwitz Birkenau. His manuscript is sufficiently detailed with insider knowledge to conclude it originated from first hand experience.”

“The "critique" - in sneer quotes, because Ancient Greek κριτική (kritikē), meaning "the faculty of judgment", which Heliotis is pretty much lacking - claims "serious inaccuracies" in Nadjari's description of the extermination site, like "he speaks of one large building with 15 furnaces where there were two" and that "the chambers were not underneath a garden as there was no garden" - except that Nadjari did not exclude there was another such building”

If there was a contest of ridiculous excuses, General Mac Metzner would certainly earn the gold medal with this. Here’s again the quote from Nadjari:

“There is a large building with a wide smokestack with 15 (fifteen) furnaces. Underneath a garden there are two large underground vast chambers. The one is used to undress and the other chamber of death where the people enter naked and after it’s full with about 3,000 persons it is closed and they gas them, they give up the spirit.”

Now according to our valiant knight this description does not exclude a second building! Imagine a witness telling you “hey I just saw an elephant in the back yard”. So was there only one elephant in the yard? Not by the Metzner logic. There could very well have been a second elephant. Or even 10 elephants. Why not?

So there was a garden in the yard of the crematorium? Well here is the relevant air photo: 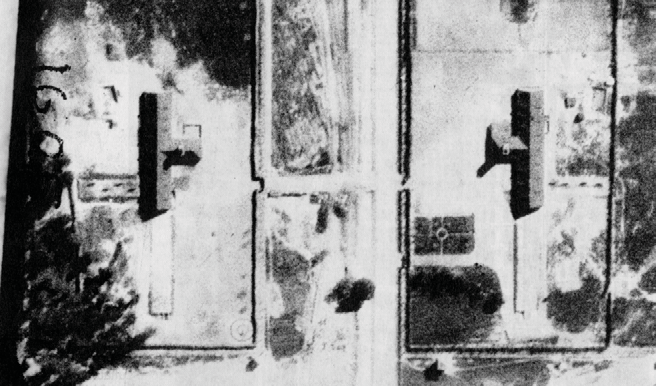 Could Dr Hulk Metzner be so kind as to point out where exactly is this supposed garden? Oh, and by the way, grass and some vegetation do not constitute a garden. Ask a farmer.

“That the basements were actually next to the garden is a simplification in the description, certainly not a serious inaccuracy. Either Heliotis has no idea about the garden at the extermination complex or if he knows about it, cannot connect it to the description in the manuscript, which is pretty bad for a researcher in either case, if you think about.”

That the basements were actually next to the garden is not a simplification but a falsification of the text. Nadjari clearly states that both chambers were under the garden. Which brings us to the next point:

“Absurd, but illustrating Holocaust denial's desperate grasping for arguments, even Nadjari's "two large underground vast chambers" is attacked because "the chambers were not completely underground, as their roof was one meter above ground" and "they were large but certainly not 'vast'". Yet, the semi-basements can be described as underground rooms or cellars (and have been so in the past also by deniers), as most of it was below ground with stairs leading down from the ground”

The claim is attacked my dear Metzner because Nadjari places the chambers under the garden. That leaves only two options: Either the chambers were completely underground, thus not visible from the outside, or the Nazis tried to imitate the Hanging Gardens of Babylon by planting some flowers on the roof. It should have been clear but obviously not for our Holocaust Controversies superhero Spider-Metzner.

Anyway, that should be enough. If Hans Metzner was trying to give us a good laugh he certainly did it. So time for lunch. Anybody wants spaghetti?