Assemblyman Hikind (D-Brooklyn) is calling on the major credit card companies to withdraw their support from numerous hate groups operating in the United States and abroad. It was discovered that eight Holocaust denial organizations are currently selling racist, anti-Semitic and Holocaust Denial products (books, videos) via websites through credit card sales.

“Unfortunately, it is no longer shocking in this day and age to find those who deny the Holocaust—those who espouse openly racist, hateful ideologies,” said Assemblyman Hikind. “What is shocking is to find prestigious credit card companies doing business with them and enabling these groups to raise money to spread their hateful messages.” 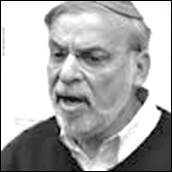 Some of the many anti-Semitic and Holocaust-denial books sold by these organizations include Protocols of the Learned Elders of Zion, The ‘Gas Chambers’ of Dachau, Mauthausen and Hartheim, which states that “none of these facilities were ever used, or could have been used, as lethal ‘gas chambers’” and The Rudolf Report which states, “The alleged gas chambers of Auschwitz could not have existed.”

“As someone whose mother went to Auschwitz while her own mother went to the gas chambers, I find it immoral that respected banking institutions can partner with these hate groups,” said Assemblyman Hikind. Hikind has reached out to AmEx, Visa, MasterCard, Discover Financial Services and Paypal asking them to cease their business relationships with these and other hate groups, and to better monitor who they do business with.

In 2009, Assemblyman Hikind brought attention to the relationship between Holocaust denier David Irving and American Express when the Assemblyman discovered that Irving was accepting AmEx payments for tickets to his ongoing book tour. Assemblyman Hikind drafted a letter urging the company to “rescind Mr. Irving’s merchant agreement” and one dozen of the Assemblyman’s fellow elected officials also signed the letter. American Express complied and Hikind applauded the company for “doing the right thing.”

Note: I had forgotten the fact that Assemblyman Hikind is telling us that a grandmother was murdered in a gas chamber at Auschwitz. I guess it’s become such a commonplace that it just didn’t grab my attention. I’ll try to catch up with the Assemblyman.

Editor's note: Dov Hikind publicly launched his hate campaign against historical dissidents already on July 30, 2013, when he posted his initial appeal to credit card companies to stop doing business with them.

As of early October 2013, the following revisionist entities have had their credit card contracts cancelled by their service providers:

It is needless to say that Jews in the U.S. are a powerless, uninfluential minority. If they cough, the rest of the world jumps to their service…