History Behind Bars: A Future of Revisionism

Friends have recently asked me to consider what I think the future holds for historical revisionism, especially that of the Second World War and even more specifically that most contentious of sub-genres, that of the Holocaust. While I generally tend to avoid futurology, I believe in this case a look forward based on the events and trends of our recent experience may prove to be an important warning. I recognize that my view is but one possible future for revisionism. I hope that in the months to come other authors with a special interest in revisionism will share with us at Inconvenient History their thoughts and visions of other possible futures for revisionism.

It may come as little surprise that I would entitle my outlook pessimistically by recalling the name of our publisher, "History Behind Bars." The HBB Press or History Behind Bars Press moved from pure idea into action in the early months of 2009 as Inconvenient History formed in my mind and that of my friend Bradley Smith. Years earlier, Bradley had developed a short-lived organization called Historians Behind Bars. Historians Behind Bars featured a Web site that specialized in communicating the repression of revisionism. While several historians and activists had recently suffered persecution and imprisonment, I thought that the situation was even grimmer.

I had personally tracked, documented and communicated the repression, censorship, and intimidation of those who doubted the orthodox Holocaust canon for many years.[1] Over the last decade I witnessed an escalation of this persecution including the noteworthy imprisonments of David Irving, Germar Rudolf and Ernst Zündel among others. There can be little doubt that news of the incarceration of historians and writers with opposing viewpoints has had a chilling effect on honest investigation into the events of Second World War and the Holocaust.[2] While revision is in fact the essence of historiography, the grief is not worth the glory of toppling 65-year-old propaganda and mythology—safer topics (any other topic) beckon. Whether it is actual imprisonment or deportation or loss of employment or threats against one's life or those of one's family, the ritual defamation results, for many, in avoidance of the subject matter entirely. We will never know how many honest refutations of the official story of this era will never be written or told for fear of the "democratic totalitarians" and their "terror of the majority."

Modern Torquemadas have established as their principal purpose (for now) to excommunicate all who diverge from the regnant dogma. Hounded by the inquisitors of so-called "watchdog" groups like the Anti-Defamation League (ADL), the Simon Wiesenthal Centre (SWC), and the Southern Poverty Law Center (SPLC) among others, dissenters find their books banned, and sometimes burned,[3] with not even a notice by hypocritical organizations like the American Library Association[4] and Amnesty International.[5] Today the efforts of these self-appointed "watchdogs" and Thought Police go beyond the incarceration of people to the incarceration of critical thinking and freedom of expression thereby arguably incarcerating the very ideas themselves. Indeed, we have moved beyond the imprisonment of historians to the imprisonment of history itself.

How did we get here and based on recent trends and events, where are we headed? The "igniting spark" for the movement to criminalize revisionism is the March 1982 report published by the Institute of Jewish Affairs in association with the World Jewish Congress that called for the pan-European criminalization of revisionism.[6] While this article declared, "denial or the falsification of the facts of the Holocaust can already be prosecuted under the laws of incitement to racial hatred" the authors still pleaded for the introduction of "special legal provisions against the denial of the Holocaust."[7] Today, sadly, it may be said that nearly every proposal in the report has either been successfully enacted or superseded by even more stringent anti-revisionist legislation.[8]

Unlike the history of any other figure or era, the history of the Holocaust cannot be challenged without accusations of intolerance, anti-Semitism, and neo-Fascism. In fact, recently, the IHRA (International Holocaust Remembrance Alliance) came up with a working definition of "Holocaust denial" (a pejorative term intended to conjure images of irrational hatred, bigotry, and falsification). While the so-called working definition of "Holocaust denial" is not legally binding, with participation from 31 "democracies" it is not far-fetched that the new definition will be used in the future to prosecute non-believers. The definition itself (a series of points) even condemns "Holocaust distortion." Perhaps the two most relevant points contained in the new definition are:

Gideon Behar, one of two Israeli delegates to the body, said that the definition was important because it was the first document ratified by an international body to detail what is considered acceptable by Western democracies. Behar commented, "If you say that only two million Jews were killed, that is Holocaust denial according to this definition."[10] Behar did not comment on exactly how much variation from the six million might be allowed. 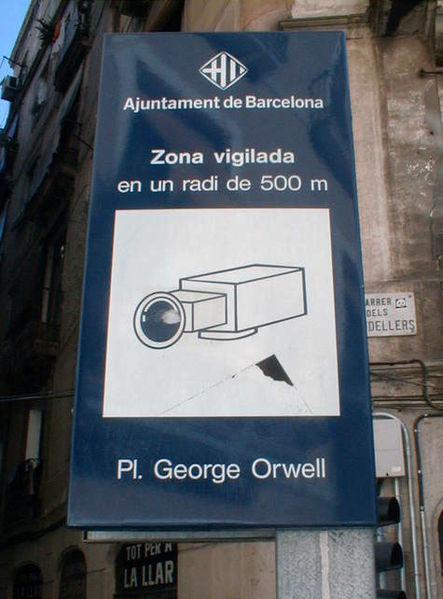 Even in the United States, the land of "inalienable rights," we learned in October of a campaign by the World Jewish Congress (WJC) to stop on-line retailer Amazon.com from selling books that "promote anti-Semitism, Holocaust denial, and White Supremacy."[12] In a letter to Amazon CEO Jeff Bezos, the WJC said that many Holocaust survivors are offended by "the sale of such vile and offensive hate literature."[13] Already in 1953, science fiction author Ray Bradbury predicted in his classic dystopian novel Fahrenheit 451 the situation in today's western "democracies" where we find "political correctness" dictating our perceptual experiences on every societal level. The commandment not to "offend" has resulted in the censorship of thought that breaches the limits of definitions of "good taste." The solution to politically incorrect thought in Bradbury's nightmare world is to burn the offensive material.[14]

Today's "liberal totalitarians" profess their mantra that there is no need to tolerate the intolerant. Indeed, under the rubrics of Freedom, Democracy, Equality, and Tolerance, debate and critical investigation are now prosecutable. In fact, also in the month of October, the European Council on Tolerance and Reconciliation (ECTR), a "tolerance watchdog" called for the establishment of government surveillance bodies to directly monitor the "intolerant" behavior of identified citizens and groups.[15] A report issued by the ECTR reads, "There is no need to be tolerant to the intolerant," especially "as far as freedom of expression is concerned." The proposal adds that "group libel" "may appear to be aimed at members of the group in a different time (another historical era) or place (beyond the borders of the State)."[16] Such surveillance is clearly a very real possibility. Technology has enabled our Ministries of Truth to realize the purpose described in Orwell's Nineteen Eighty-Four without the clunky manual techniques described in that classic negative utopia of 1948. By leveraging the capabilities of the modern day National Security Agency (NSA) the ECTR will be able to act on their plan to monitor those who communicate "overt approval of a totalitarian ideology or xenophobia."[17]

The brilliant revisionist author Harry Elmer Barnes defined revisionism as "nothing more or less than the effort to revise the historical record in the light of a more complete collection of historical facts, a more calm political atmosphere, and a more objective attitude."[18] While this definition was no doubt based on his experiences following World War One, the conditions in his definition remain unattained for World War Two and the Holocaust. In fact, the political atmosphere is more charged today than it was a decade after the cessation of fighting. There is clearly a less objective attitude today than there was in the 1950s. Classic revisionist books like Perpetual War for Perpetual Peace,[19] The High Cost of Vengeance,[20] and Back Door to War[21] would likely not be published today and if they were, they would be denounced rather than discussed.

It is evident, even from this high-level consideration of the cultural and political trends with regard to revisionism, that the immediate future is bleak. In fact the signs suggest that a growing intolerance by "watchdog" groups and the intimidation and indoctrination of legislators will result in even more draconian laws. The ability to hunt down, identify and punish those professing dissenting opinions and viewpoints is likely in its infancy. Economic and legal persecution will grow against the "intolerant" and those who refuse to bow down to the new secular religion of the West. The utilization of totalitarian methods associated with the worst excesses and abuses of Marxism-Communism will be wielded by liberals (and conservatives) in the name of democracy and equality.

The records of our emails, our contact lists and even our purchases are easily tracked. Just as lists of Japanese-Americans were drawn up to facilitate their relocation in the days prior to the attack on Pearl Harbor,[22] the names and addresses of those who don't subscribe to the new ideology of the west are certainly documented and ready for use when the time comes. The offense is no longer a matter of disputing the anointed historical record, but rather one of ideology and politics. The "liberal totalitarians" already suspect that there is a threat to their power and their system. Creative apprentice book-burners and legal scholars will determine the best ways to circumvent and find loopholes in the Constitution in order to eliminate dissent.

Revisionists will be imprisoned. Those still able to speak and write will be further marginalized and driven underground, or at least off the grid.[23] Fear of electronic snooping may result in a return to paper newsletters sent through snail-mail to unidentified PO boxes. Movements against credit-card companies may result in a return to checks and even cash delivered through the mail system or by courier. Open conferences will be all but impossible due to bands of "antifa" protesters who will operate unchecked by police and governmental authorities. Small private meetings will be held only through covert assignation and obfuscation under cover of darkness.

The future for revisionism will certainly get worse before it gets better. The seeds of the destruction of the forthcoming system have already been planted, however. Lawmakers cannot break their own laws. Tolerance cannot proscribe intolerance. The principle of equality cannot be dispensed unequally. War cannot be peace, freedom cannot be slavery and ignorance can never be strength.[24]

In Richard Wagner's magnum opus, Der Ring des Nibelungen, Wotan, the father of the gods, holds his position through the law. His spear, on which he engraved the runes that bound the world by law, symbolizes the law itself and it bound everyone and everything. But Wotan's abuses of the law set in motion his own destruction. When Wotan attempts to block the hero Siegfried's path, Siegfried cuts the spear in two. The events are set in motion for the final installment of Wagner's work, Götterdämmerung in which the Gods of old meet their fate engulfed in Loki's fire and the cleansing waters of the overflowing Rhine. The musical leitmotifs sound the destruction and downfall of the Gods. One can almost envision that life, certainly as we know it throughout the Ring Cycle, is finished. But before the final curtain call, Wagner's orchestra plays the great theme of redemption.

Perhaps there is hope after all.