In 1938, if you were an Austrian over forty, you, or your brothers, husband, sons, had fought on the losing side of the Great War, and seen the former Austro-Hungarian empire cut up after the war into a dozen or more sovereign pieces, leaving a tiny rump state behind made up of the former Imperial capital Vienna and neighboring Alpine regions encompassing a few nearby towns a fraction of the capital’s size. The fate of Hungary was quite similar, while the fate of co-lingual Germany to the north was far less drastic, leaving a Germanic “big brother” that retained a good deal of its previous potentialities among nations. If you were under forty, your parents and grandparents had witnessed these events, and they, along with your teachers, bosses, and mentors, had ineluctably conveyed to you a visceral awareness of these changes they had experienced.

You had undergone the straitening effects of the blockade by the victorious Allies that extended beyond the War well into 1919 and particularly if you lived, as most Austrians did, in Vienna, you noted the great influx of refugees—Jews dominant among them—from areas to the east that had suddenly been stripped of the protections of minorities enforced from the defunct Imperial court in the capital. You may even have seen them as aggravating the privations you were already experiencing before their arrival, that extended after the War even, as you might have supposed, to the present year of 1938. If you paid attention to such matters, you were even aware that the terms imposed by the Allies upon both Germany and Austria for relief from the wartime strictures that the Allies had maintained long past the armistice included the prohibition of a union of Austria with its big Germanic brother to the north. 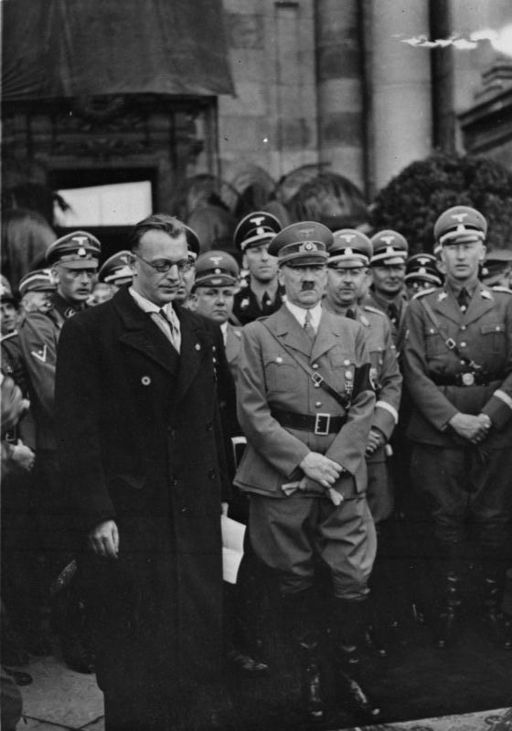 But then, in 1933, you likely had noticed the ascent to power in the government of Germany of a native son of Austria, one Adolf Hitler, born just this side of the border in Braunau am Inn, to parents quite as Austrian as the others who inhabited the tiny remnant of the former Hapsburg hegemony. This Hitler was not only Austrian, having spent major portions of his youth in Linz and Vienna, but his National Socialist Workers’ Party even set about very openly repressing the Jewish minority in Germany, which was far less obtrusive there than it was in Vienna and thus, in all the national affairs of Austria. Hitler’s party, in fact, had its Austrian cousin, and along with union with “the rest” of Germania, this party advocated—occasionally brutally—repression of Those Jews who had attained such prominence in both the affairs, professions, and even the neighborhoods of Vienna. And these Fascists, of course, constituted by far the most-powerful resistance to a scourge that appeared to draw its own potency from among those very Jews, communism.

This, in compressed form, is the setting from which Evan Burr Bukey explores the Anschluss, the incorporation of Austria into the Third Reich, that Hitler effected in May 1938 by ordering the German Army to march across its border with Austria to face cheering throngs throwing flowers and kisses in their path. He continues his analysis from the antecedents of this event all the way to the end of the Second War, to the point at which Austria, in common with Germany, was invaded and conquered from both east and west by the onrushing Allies. His study is nuanced, imbued with what seems a profound understanding of the contexts experienced by the many actors in the drama, and on every point, scrupulously detached in a way that exemplifies the very highest ideals of academic inquiry.

Testimony to his rigor might be inferred (or, might be doubted) from the fact that this book proudly bears on its back cover the inscription, “Winner of the 2000 National Jewish Book Award, Holocaust Category, Jewish Book Council.” Close reading of its content, however, powerfully yields the conclusion that Bukey has portrayed the vast and complex waves of emotion and reaction that swept across the populace of Austria from 1938 to 1945 in as fair, yet informative, a manner as can be imagined in these times that are still so charged with emotion and outright connivance regarding what was said, thought, and done—and by whom, and to whom—in those times and places.

Bukey’s task was made harder—inestimably harder—not only by the detritus of wartime propaganda that still today grossly distorts the public’s understanding and feelings regarding the actors in the story, but by the stupendous destruction of both witnesses and records that the events encompassed and by the various forms of repression subsequently visited and maintained on those who had survived the events.  Accordingly, the author’s sources tend in the main not to be eyewitnesses, neither named nor anonymous, but rather, reports filed and remaining intact to the present from officials both visible and covert whose job it was to monitor public feeling in Austria and convey information about it to government headquarters, chiefly in Berlin. While this approach could be seen as limiting the scope of discovery in certain ineffable ways, it can at the same time be seen as capturing an objectivity at least on the present scholar’s part that would seem hard to match via any other possible approach.

The result, while virtually irreproachable from an evidential standpoint, is anything but dry—rather, it is credible. The author’s insights, while measured and subtle, imbue the result with a momentum and urgency that approach those of a rousing mystery novel, for all that every reader already knows how the story ends. Exactly how, by what path, the Austrian people got to the end is the compelling thrust of the account.

That path, of course, was different for every Austrian, and while Bukey does not, as more-popular authors sometimes do, trace the entire arc of experience for any individual real or imagined, he nonetheless provides a “branching” of viewpoints that always exists among populations as variegated as that of 1930s Austria was. He identifies and describes factions, interests, and perspectives as they must have existed among the various communities constituted by the people who inhabited the territory of Austria in the period in question, even to the extent of including prisoners of war, concentration-camp inmates, and German refugees in Austria from the Allied bombing campaigns that affected particularly western Germany so much more than Austria during the course of the war.

He arrives at certain conclusions, which seem to arise not so much from the author’s special understandings as from the content itself, and these number two.

First, the modal animosity of Austrians against Jews was greater, even, than that found or aroused among the people of Germany of the time. Reasons for this arise from the material itself; Bukey finds little need to explore the question explicitly.

Second, while the Austrians’ devotion to the National Socialist Party waxed and waned during the period in question along with their sanguinity regarding Germany’s quest for Lebensraum at the time, the faith most Austrians put in their native son in Berlin seems to have held steady in a way conspicuously at variance with their other inclinations. Reasons for this would seem ineluctable—sheer desperation comes to the fore, at least in this reader’s mind. Hitler’s mystique seems to have had more power in Austria even than it had in the country whose government he gained control of in 1933.

This book may be the definitive study of the Führer’s reception in the country where his birthplace happened to be. For anyone interested in that subject, this book is not only indispensable, but it may even be exhaustive.