Peter Cassells has been appointed the new Chairperson of HETI. For which he is grateful and made the following remarks.

“I am honoured to be the new chairperson of Holocaust Education Trust Ireland. I congratulate the trustees on their success in establishing Holocaust education and promoting Holocaust awareness in Ireland. Knowing our history helps us to learn from the mistakes of the past. The motto of HETI, Learning from the Past—Lessons for Today, sums this up very well. The attempt by the Nazis to exterminate the Jews of Europe and to annihilate other groups because of their nationality, ethnicity, disability, sexual orientation, religious or political beliefs was not an accident of history. It was a conscious policy, carefully planned and administered by an educated elite with the active co-operation of tens of thousands and the complicity of millions.” With the following letter to Chairperson Cassells, which we will have circulated to press in Ireland and throughout Great Britain, as well as to Holocaust Museums and centers nationwide in the U.S., we offer to improve the future image of Holocaust Education Trust Ireland."

First, congratulations on your election as new Chairperson of HETI.

In November 2010 the Holocaust Education Trust held a conference entitled International Conference on Anti-Semitism and Holocaust Denial. Since I am what you refer to as a “denier,” I wanted to attend. So did several other people with, what are correctly called, Revisionist views. I thought I might contribute a small bit to people’s understanding of Revisionism if I spoke in support of the necessity, in a free society, of an open exchange of ideas in an environment of good will from that perspective. I noted that as it stood, the program would be the standard “one-sided presentation of anti-Revisionist Conferences.” Unfortunately, I was correct. Not much new at the Conference, let alone allowing a Revisionist to speak! However, there is always a chance for understanding and dialogue to be opened between people of good faith. That is why I am writing to you and to HETI trustees.

There are only a handful of Revisionist scholars around the world, so it is rather amazing that expressing Revisionist ideas is a felony in many countries. Revisionists are regularly censored, blacklisted, physically attacked and harassed. Our views are regularly distorted, our goals regularly misrepresented. Unfortunately, HETI played its own part in this ugly story during its 2010 conference. 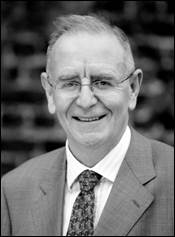 HETI announces that it wants to promote “a positive understanding of tolerance and diversity.” With that welcome concept it occurs to me that you might be willing to start with HETI itself and turn away from the outright censorship of the 2010 HETI conference. HETI could sponsor a lecture on Revisionism which actually allowed a Revisionist to speak. Or HETI could post a statement about Revisionism and Intellectual Freedom on its website allowing us to present our view of some of the many issues that should be addressed with regard to the orthodox history of the Holocaust. I believe many at the conference would find it interesting and informative to hear such questions aired and to follow the discussion that would follow. Why would they not?

Because the only information you might have about “deniers” (a simple “slur”) is from the 2010 HETI conference, I would like to clarify what Revisionism is. In 2010 I wrote, “Although it is standard practice to defame Revisionists as “anti-Semites who claim the Holocaust is just Jewish propaganda,” that is not what we at CODOH argue. Briefly, we believe that much of that history that we are taught today has been influenced by Soviet, British and American wartime propaganda which exaggerated and exploited real tragedies for propaganda purposes. This concerns not just Jews but Slavs, Roma, Jehovah’s Witnesses and, in some versions, Gays. It can be argued that there is considerable research that supports this point of view.”

The enemies of tolerance and diversity are not always the same. Nor are their targets. Surely, however, one certain sign of bigotry expresses itself in the unwillingness to allow the other to speak, or to even listen to the other. I hope to hear back from HETI on a small plan to allow Revisionists to present information and a perspective that were censored at the 2010 HETI conference.

Yours for tolerance and diversity,