The former Canterbury University academic who resigned over a "book-burning" scandal says American universities will not employ him for fear of having "some sort of Holocaust-denier" on their staff.

Senior history lecturer Thomas Fudge left Canterbury in 2003 after his article in a university journal, revisiting the furore about a student's highly contentious thesis questioning key aspects of the Holocaust, sparked an emotional spat with university heads.

Copies of the article were destroyed and an extensive nationwide debate about academic freedom ensued.

Fudge, a Canadian, who is married with one child, yesterday told The Press he was running a research centre in the United States and doing consultative work. He had book contracts and was travelling internationally as a speaker on medieval history. But his preferred job, teaching, eluded him.

He believed American universities would not employ him because of "the New Zealand controversy".

"One speaks about the Holocaust at one's own personal peril."

Despite 13 years as an academic and two earned PhDs, he had had job interviews but could not secure a teaching position at a university. In one meeting to discuss job opportunities this week, the Hayward-Fudge controversy was raised and he was asked to explain his position.

"My defence of Joel Hayward has been something that has created some consequences for me.

"Institutions, in my view, are scared to death of being associated with me because I guess they are afraid of being accused of having some sort of Holocaust-denier in their faculty."

Fudge had been commissioned to write an article about the impact on masters student Joel Hayward of the widespread condemnation of his 1993 thesis questioning the validity of the Holocaust. Hayward suggested the gas chambers used to systematically kill Jews and other minority groups could not have existed and questioned the number of people who died at the hands of the Nazis in World War 2. Hayward's mental health and job prospects suffered.

But university heads objected to Fudge's article, sacking the editor of department publication History Now and controversially destroying 500 copies that carried Fudge's article. Though the books were shredded, it became known as the "book-burning" scandal in academic circles. Fudge left New Zealand in November 2003, on leave, and later resigned. Hayward has also relocated overseas.

Speaking to The Press from Washington, Fudge said the Holocaust had become a modern taboo of such potency that any mention of it that was less than emphatically apologetic was unacceptable.

Fudge said he had read Labour MP John Tamihere's recent comments about the Holocaust, which Prime Minister Helen Clark indicated would not be tolerated. 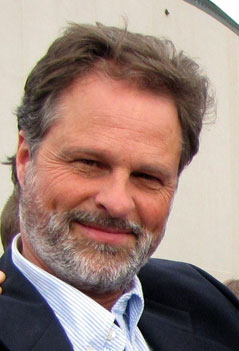 "Obviously I wish that there were not consequences but I don't have any regrets for standing up for what I regard as academic freedom."
—Thomas Fudge, former Canterbury University academic

Tamihere said he was "sick and tired of hearing how many Jews got gassed" and, although the Holocaust revolted him, he did not want to be continually made to feel guilty for it.

Fudge said Tamihere's comment was "much ado about nothing".

"That statement, I don't find anything offensive in it. I don't find it anti-Jewish." Fudge said Tamihere's other comments, about women and gays, were "unacceptable" and "offensive".

"That is nonsense, a sad comment on New Zealand society. When some person in Jerusalem can create a form of mental illness and society accepts that," Fudge said.

"Why? Obviously, he's not allowed to say how he feels.

"On the matter of human suffering, it's not necessary to privilege the Jewish experience."

Fudge attributed the Holocaust taboo to the reach of the more radical factions of the powerful Jewish lobby.

"There are some radical Zionist-types that bring a lot of pressure.

"The roads of the world should not, and do not, run through Jerusalem."

Fudge said, despite the consequences of his decision to write about the Hayward Holocaust scandal, he did not regret "the stand" he made.

"Obviously I wish that there were not consequences but I don't have any regrets for standing up for what I regard as academic freedom."