Since February 2009, German lawyer Horst Mahler has been serving his cumulative 12-year prison term for a number of convictions due to his writings in which he both contests the orthodox Holocaust narrative and justifies as well as recommends repeating some of the NS measures against the Jews, among other things. 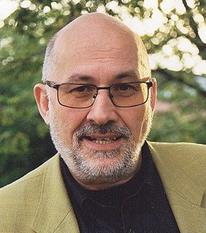 Suffering from diabetes, however, his health has been deteriorating steadily. On June 29, he collapsed in his prison cell and was subsequently admitted to a hospital. It was found out there, as is common in severe cases of that disease, that the blood circulation to his lower legs had deteriorated so badly that he had suffered a severe case of blood poisoning. The prison authorities insisted, however, that he be transferred to the prison section of another hospital in order to keep him under lock and key even while on the verge of dying.

After the blood poisoning had been brought under control, it was found out that his left foot had already died, and that amputating it and the lower part of his left calf was the only way of saving Mahler’s life. This amputation occurred on July 14. Only then did the prison authorities consent to interrupting Mahler’s incarceration.

Mahler is currently trying to be released early on parole after having served two thirds of his latest sentence of 10 years and two months. However, there is yet another case pending against him for his 2013 book Das Ende der Wanderschaft: Gedanken über Gilad Atzmon und die Judenheit (The End of Nomadism: Thoughts on Gilad Atzmon and Jewry; tinyurl.com/osbyx98), which he managed to write and get published while imprisoned. In prison, of course, he is subjected to intense censorship of all incoming and outgoing writings. This shows that there can be nothing wrong with this book, and that the German authorities merely keep this criminal investigation pending so they can deny him an early release.

In order to be able to have legal representation both for his application to be released on parole and to defend himself against the new charges for his latest book, he has called for donations. Here are his own words