With British armored forces only hours away from finishing World War II, Heinrich Himmler ordered approximately 10,000 weak and sick prisoners from the concentration camp Neuengamme and its satellite camps to be transferred to three ships parked in the Bay of Lübeck. The three ships were the Deutschland, the Thielbek and the cruise liner Cap Arcona. Accompanying these prisoners were some camp guards and a number of German medical personnel. 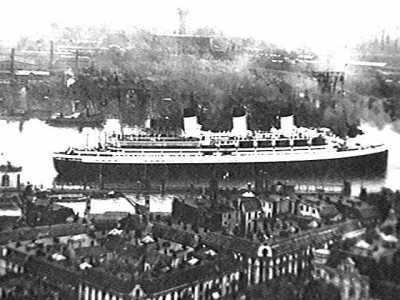 On May 3, 1945, with British armored columns less than 80km away from Lübeck, a squadron of British Typhoon fighter-bombers attacked the three ships, firing rockets and machine guns. None of the three ships was armed with any sort of weaponry; the Cap Arcona was a prestigious passenger liner and so within seconds of the attack starting, the ship’s captain ordered his second officer to hoist a huge white flag across the top deck, to signal its surrender.

Despite the huge white flag and the Red Cross flag the ship had already been flying, and even after the burning passenger liners had rolled over, the British pilots continued to attack and fire their machine-guns into the hundreds of people swimming helplessly in the water around the blazing ships.

On the 27th August, 2004, a major German TV channel showed a documentary of this mass murder, in which approximately 7,000 unarmed concentration camp prisoners were killed.

During the 45-minute-long documentary the filmmakers tried to give the impression the Nazis ‘had planned the massacre that way;’ they called the ships, quote; ‘Floating Concentration Camps’ (ignoring the fact that the prisoners were housed in luxury, as shown in these photos of the interior of the Cap Arcona.)

The film-makers and some of the prisoners who survived actually claimed that Himmler had really planned to scuttle these ships at sea and thereby rid himself of 10.000 witnesses from the camps. The Royal Air Force supposedly attacked believing the ships contained only fleeing SS forces and were therefore fooled into helping Himmler carry out his devilish plan.

The film-makers claimed this in an attempt to push the blame for the deaths onto the SS and not the Royal Air Force, but it didn’t quite succeed because the second officer of the Cap Arcona, who also survived, obviously didn’t know about any plan to scuttle the ship, and why would the German guards and medical personnel who went on board, all volunteer to commit suicide? 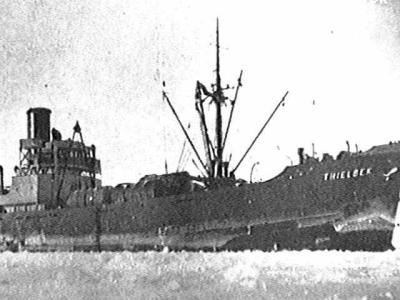 Then once again, demonstrating the typical arrogance and stupidity shown by many of these ‘documentary’ film-makers, they shot themselves in the foot because some of the British pilots who were interviewed for the film, freely admitted that Royal Air Force Fighter Command not only knew the ships were carrying concentration camp prisoners but purposefully did not inform the pilots before the attack.

When the pilots were asked, “Even though you knew it was a war crime, why did you continue to fire upon the people floundering in the water?” their very British answers were:

“These things happen in war.”

Imagine if a German officer in Nuremburg had just shrugged his shoulders and said, “S... happens”!

The film-makers showed the large memorials erected to the memory of the 7500 dead prisoners and played Jewish Klezmer music in the background to give the impression the victims were mostly Jews. The truth is, less than one fifth of the prisoners on board were Jewish.

There was no mention at all made in the film about the German doctors and nurses, crew members or camp guards who also died during the attack; no memorials for them were ever erected, although their losses must also have been very high.

As is usual with these documentaries, there were the unbelievable ‘eyewitness testimonies’ about the sinking, such as the survivor who claimed:

A Memorial Lie: “We remember the 7,000 victims of the Nazi dictatorship who were killed in the Bay of Neustadt.”

“Just before I jumped over the railing into the water, I was approached by an SS guard I knew, he pulled out his pistol and, before I could stop him, he shot himself in the head.”

“A German patrol boat came out of the harbor towards us; we thought it had come to save us, but instead it started running over the people swimming in the water, killing them with its propellers. A British plane came and sank it and we all cheered.”

Another one claimed that local Germans helped fish survivors out of the water and once on land the Germans then set about killing them and were only stopped by the arrival of British tanks. (Why pull them out of the water?)

At subsequent war-crime trials the German guards from Neuengamme camp who had survived the sinkings, plus the camp’s Commandant Max Pauley, were blamed for the deaths and hanged. There were some feeble attempts to bring the British pilots to justice for shooting the unarmed civilians, but although the Royal Air Force admitted it knew the ships were full of camp prisoners and that the pilots were not told this before the mission, nothing was ever done about it. The plaque to the memory of those killed still claims that those killed were the victims of Nazi dictatorship. No plaque remembering the dead German crew members, medical personnel, or guards has ever been erected. 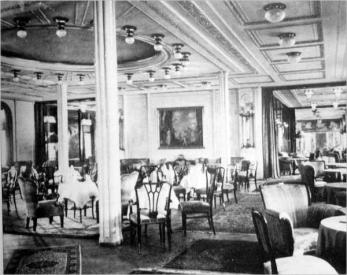 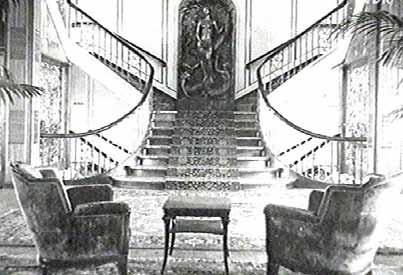 Inside the "Cap Arcona"