How Historian Gilbert Falsifies and Invents

British historian Martin Gilbert is a falsifier. While he is best known as the official biographer of Winston Churchill, he has also written several widely-lauded works on the “Holocaust.” Gilbert, who is Jewish, staunchly defends the thesis of the so-called extermination of the Jews, an extermination allegedly carried out in particular by means of homicidal “gas chambers” and homicidal “gas vans.” To defend this thesis he falsifies and invents.

In his distortion of the “Gerstein Document” in 1979 and 1986, Gilbert showed that he is capable of falsification. The various postwar confessions of SS officer Kurt Gerstein, known collectively as the “Gerstein Document” are completely devoid of any scholarly value, as Paul Rassinier showed in the 1960s and as the studies of Henri Roques in France (with my collaboration) and Carlo Mattogno in Italy established in 1985. (See: H. Roques, The “Confessions” of Kurt Gerstein, published by the IHR.) But just like French Jewish historian Léon Poliakov, Martin Gilbert used these confessions to support his thesis. Here I will show how he did that and, for the sake of clarity here, I am adding emphasis to some of the figures mentioned.

It is obviously impossible for 700 to 800 people to stand on a surface of 25 square meters and inside a space of 45 cubic meters. That would be the same as trying to fit 28 to 32 persons in a space that is one square meter in surface area, and 1.8 meters high. The fact that Gerstein made such a statement to the Allies, who held him as their prisoner, shows what his mental condition was. He always used these same figures, repeating them on several occasions. But Gilbert completely changed these numbers in an effort to make Gerstein’s tale believable. He even changed them in one way in 1979 and in another way in 1986.

In his 1979 book, Final Journey: The Fate of the Jews in Nazi Europe (New York: Mayflower Books, p. 91), here is how Gilbert quoted Gerstein: “The naked people stand on each other’s feet. About seven to eight hundred people in an area of about a hundred square meters.” 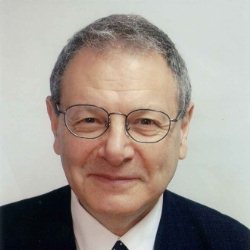 In this case, the number 25 has been replaced with the number 93. A precise figure was apparently chosen to give the impression of exactitude and rigor. Once again, all references to cubic meters have disappeared.

For this reason alone we must conclude that Gilbert deliberately falsified the writings of Gerstein. He falsified them in a number of other ways as well, most notably by editing the text so as to hide other nonsensical things Gerstein said. (That’s also the method used by Léon Poliakov.)

In his effort to sustain the invented story that masses of Jews were gassed at Belzec, Treblinka and elsewhere, Gilbert engages in a deceitful manipulation of figures. In his 1981 book, Auschwitz and the Allies (New York: Holt, Rinehart and Winston, p. 26), he wrote:

The deliberate attempt to destroy systematically all of Europe’s Jews was unsuspected in the spring and early summer of 1942: the very period during which it was at its most intense, and during which hundreds of thousands of Jews were being gassed every day at Belzec, Chelmno, Sobibor and Treblinka.

For the moment, let’s not concern ourselves with the fact that no one was ever gassed at those camps, nor in any other camp either. Instead, let us focus on Gilbert’s use of figures. Let us suppose that “hundreds of thousands” means only 200,000. That would make 200,000 Jews gassed per day, and therefore 1,400,000 each week. If during the spring and the early summer we have four months, or 17 weeks – that makes 1,400,000 a week, times 17 weeks, for a total of 23,800,000 Jews gassed in just those four small camps, and during a period of just four months!

More can be said about Martin Gilbert, about his ignorance of history, his dishonesty and even his empty productivity. On December 3, 1986, I wrote to him to ask for some explanations about the way he reproduced the Gerstein texts. He never answered.

"I consider the 'objective' presentation [of the Palestine Liberation Organization] biased and distorted ... The obsession with objectivity can be stretched so far as to become advocacy of the most vicious side of contemporary life. Does anyone really believe that an 'objective' presentation of Nazism will lead to anything but recruitment for it?"
—Rabbi David Polish, "Minority Report" column, Chicago Jewish Sentinel, Nov. 23, 1978.