If you will, I have a question about Nazi war criminals to which perhaps one of you can provide some clarification. The background is this:

In 2009 the ADL called on the Department of Homeland Security to extradite John Demjanjuk so that he could stand trial in Germany for murder. The Munich Prosecutor’s Office issued an arrest warrant for Demjanjuk on 29,000 counts of accessory to murder for his time as a guard at the Nazi Sobibor death camp in Poland from March through September 1943.

“Demjanjuk served the Nazi regime in many concentration camps and was a willing participant in the process that asphyxiated thousands of Jews at Sobibor.” 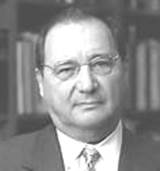 In the ADL White Paper on the Demjanjuk affair one can read: “We can safely say that he (Demjanjuk) was a Wachmann who assisted the SS in war crimes, an active participant in the Holocaust.” See pages 2 and 3 at http://tinyurl.com/ks2vpu4

Without arguing over the facticity of any of the above, when I visit the website for Steven Spielberg’s Shoah Foundation I find videos where I can watch Jews who were interned at Auschwitz chat about their collaboration as Sonderkommando in the mass murder there of a million or so Jews in gas chambers. They willingly speak of how they were active participants in the Holocaust: See: http://tinyurl.com/n43h6z5 . In these video recordings, produced and promoted by Mr. Spielberg, these Jewish confessions of collaboration with Nazis in the mass murder of Jews, the issue of prosecution for war crimes does not arise.

Perhaps you can help clarify this question: The Jewish Anti-Defamation League holds that when there is evidence that a Ukrainian collaborated with Nazis or participated in the Holocaust he should be prosecuted as a war criminal. At the same time it appears that when a Jewish Sonderkommando who states openly on camera that he collaborated with Nazis and participated in the Holocaust there is no call to prosecute the Sonderkommando. Why is that?

I would appreciate any clarification you might be able to offer about what appears to be a scenario in which ADL supports one standard of justice if you are Ukrainian and a different standard if you are Jewish.

Thank you for your attention.

I have a question about how the U.S. Holocaust Memorial Museum addresses the issue of who is and who is not a Nazi war criminal. Any clarification you can provide would be much appreciated.

You do not say what his “role” was.

I take it that you agree with a statement issued by Judge Ralph Alt this date: “The court is convinced that the defendant ... served as a guard at Sobibor from 27 March 1943 to mid-September 1943. . . As a guard he took part in the murder of at least 28,000 people.” That is, Demjanjuk was not convicted of killing anyone, but of having been “around” as killings allegedly took place.

Accepting all of the above, I would like you to consider the voluntary testimony of a Jewish Sonderkommando who claims he worked in the gas chamber/ crematoria complex at Auschwitz. 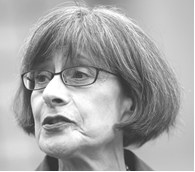 Sam Itzkowitz worked in and around the gas chamber/crematoria at Auschwitz as a Sonderkommando, serving the Germans. He speaks on a brief video that the USHMM has published online. Sam knows all about gas chambers. Among other info he discloses is that:

“When they filled in the bunker with all the women they put the men in. And sometimes they had 20 or 30 extra people that they couldn't get in, so they always held back children. And when the bunker was already so filled they couldn't put no more people, no more ... they made the kids crawl on the top of the heads, all the way in there, just kept on pushing them in, to fill them all in. When the door was slammed behind them, was a thick door, was about six inches thick. I built it myself and I know what it's like: three bolts, three iron bars were across. . . .”

Ms. Bloomfield, please. Are we on the same page here? Sam not only worked in the gas chamber/ crematoria complex—he states clearly that he built the door for the gas chamber, six inches thick supported by three bolts and three iron bars across. “The bars were laid over and then screwed tight.” You can review Mr. Itzkowitz’s “eyewitness

I would like to ask you to clarify your perspective, and that of the USHMM.

You acknowledge that John Demjanjuk was convicted of playing a “role in the deaths of more than 28,000 Jews.” You do not say what his role was. It appears that he was a guard at the Sobibor camp.

Ms. Bloomfield: Why would you choose to support the prosecution of men who were perimeter guards at German camps, but choose to exhibit no interest in prosecuting men who collaborated with Germans in building secure doors for homicidal gassing chambers? I would appreciate whatever clarification for this you can provide.