With up to ten year imprisonment can be punished in Israel in the future who reports violations of human rights by Israeli authorities to the International Criminal Court (ICC) in Den Haag. Following the example of the USA, Israel does not recognize the ICC. (Frankfurter Allgemeine Zeitung, Oct. 31, 2002).

Israeli death squads have been authorized to enter "friendly" countries and assassinate opponents in a move that raises the prospect of political killings in Western countries. Agents of the Israeli secret service Mossad have been given free rein to kill those deemed to be a threat to the Jewish state wherever they are hiding. (Sunday Times, 1/19/03) Back to top

Displaying a skull in Germany has been declared illegal by the German legal system, if done by individuals with right-wing views. A German who had used a skull in an advertisement published in the newspaper Lübscher Aufklärer was sentenced to a fine of 2,500 € ($2,750) for displaying symbols "hostile to the constitution" (District Court Lübeck; ref. 2 Ns Kl. 13/01).

Filing a Criminal Complaint can be a Crime

Because he filed a criminal complaint for libel against the president of the Jewish community of Nuremberg, the German right-wing activist Günter Deckert was sentenced to pay a fine of 3,750 € ($4,000) by the County Court Weinheim. According to the court's view, the following words in Deckert's criminal complaint are illegal:

"I do not even allow Jews to call me a criminal. What his racial and religious comrades commit against the Arabs in Palestine for many years now is a crime."

In recent years, Deckert had been sentenced several times to a total of more than five years imprisonment for his revisionist views and comments about Jews similar to the one quoted here.

For distributing the revisionist brochures Holocaust and Revisionism and 66 Questions and Answers, Denise Patricia Doyle was sentenced to a fine of 900€ ($1,000) by the County Court Stuttgart.

Since 2000, many German right-wing individuals and organizations faced a wave of cancellations of their bank accounts, initiated by lobby groups trying to destroy the livelihood of everything deemed politically on the right. In the wake of these cancellations, the German Governmental Director J. S. wrote an expert report about the illegality of canceling bank account contracts for political reasons. As a consequence, his employer, the German authorities, have now initiated a disciplinary investigation against him with the goal to dismiss him, which indicates that even the German authorities support the destruction of the livelihood of everybody and everything not being leftist. (Das Freie Forum, July-Sept. 2002)

The apartment of the worldwide largest Islamic-revisionist website www.radioislam.org, located in Stockholm, Sweden, was raided by eight police officers at 4:30 pm on Sept. 7, 2002. All computer equipment and documents were confiscated. Sweden's Minister of Justice Thomas Bodstrom declared that this was done in order to end Rami's anti-Jewish and revisionist Internet activities and to throw him in jail for four years.

Ibrahim Alloush, Revisionist, Palestinian freedom fighter, and president of the FreeArabVoice.org, was arrested on March 24, 2003, in his home in Amman. This arrest was part of a massive clamp-down of the Jordanian authorities on the opposition movement against the US war on Iraq. Alloush was arrested because he revealed the fact that the US operates military bases in Jordan.

Because the popular French encyclopedia Quid, 2002 edition, also quoted an estimate by French revisionist Dr. Robert Faurisson about the number of victims of the Auschwitz camp in its list of 20 estimates (p. 594: "150,000, of which 100,000 Jews, most victims of typhus"), a storm of protest rose last year, demanding that the editor of this encyclopedia agree ro delete this entry in the 2003 edition. However, while editing this edition, it was "accidentally" forgotten to remove this entry, causing another storm of protest. The entry has been deleted on the internet edition, but it was too late for a correction of the printed version (www.quid.fr).

Some comparisons of today's politicians to Hitler are kosher, according to the famous German historian Prof. Dr. Ernst Nolte. Picking up on a fracas this fall when a German politician drew comparisons between President Bush and Hitler, Nolte told the German Press Agency dpa that it is acceptable to make such comparisons when talking about the pre-war Hitler. Nolte:

"If one says, 'I want to compare the Hitler of 1938 with a current politician,' that is something else, because at that point Hitler was considered a 'national liberator' in many parts of the world." (JTA, 1/20/03)

Elisabeth Loftus, highly renowned Expert for false memory syndrome, has presented her most recent research results. After a suggestive interrogation about the sensorial experience of a confrontation with Bugs Bunny in Disneyland, 36% of all interviewed individuals claimed to remember this event. However, Bugs Bunny is not a Disney-character and can therefore not by found in Disneyland.

Loftus as well as Psychologist Richard McNally of Harvard University found out that the human memory can be manipulated more easily the more emotional the circumstances or the interrogation or the actual or alleged events giving rise to memories are (sexual abuse, alien abduction, etc.). Emotional media reports can lead to deformed memories as well. (AP, 2/16/03).

Robert Ménard, founder and responsible person of "Reporters sans frontières" (Reporters Without Borders) as well as his wife Emmanuelle Duverger, responsible person of "Fédération internationale des ligues des droits de l'homme" (International Federation of human rights leagues), have just published a book entitled La Censure des bien-pensants (Censorship by the Well-Thinkers). Chapter 4 (p. 69-83) carries the title: "Faurisson doit pouvoir s'exprimer" (Faurisson must be allowed to express himself). Among others, the following statements can be found in it: "The revisionist are right. They are the object of a real witch hunt, victim of what really ought to be called a thought police, a suppression of the law." The authors refer to a "man hunt." They consider France's anti-revisionist law to be a "stupidity" (p. 154) and to be a "unique text unworthy of a democracy" (p. 163). They regret not to have "helped the revisionists already earlier, when they were punished under this law" (p. 82). However, both authors declare also that they consider the claims made by the revisionists "contradicts everything which is known today about the final solution" (p. 69).

On Jan. 16, 2003, during a TV discussion with M. Ménard, Arno Klarsfeld, son of the "Nazi hunter" couple Serge and Beate Klarsfeld, lost his composure and tossed the content of a glass of water into Ménard's face. At the end of this discussion, A. Klarsfeld was asked what he thought about an opinion that the State of Israel could disappear and would therefore constitute finally only a parenthesis in the history of the Jewish people. The water-throwing-man answered that, in this case, "the Jews would undoubtedly get themselves organized so as to eliminate the Holocaust deniers." ("Tout le monde en parle", France 2, broadcasted on Jan. 18, 2003)

Jewfish Creek to be Renamed

Florida's largest grouper species was once called "Jewfish." On request of a scientist residing in Georgia, the name was changed to Goliath grouper. Now even a small canal flowing through Key Largo carrying the name "Jewfish Creek" is bound to be renamed. Arnold G. Konheim from Washington, DC, has filed an application in this regard with the US office for geographical names. (AP, 11/25/02; goliath
grouper.net)

In September 1939, the small Polish town Jedwabne was occupied by the Red Army. As a result, parts of the Polish population, mainly members of the upper society, were deported to Siberia and vanished from the face of the earth.

On July 10, 1941, the German Army liberated this town from the Soviet yoke and put its own yoke on it. Shortly after the Germans moved in, some 400 Jewish inhabitants of Jedwabne were rounded up, locked up in a barn and burned alive, an event which was brought back into public memory by the 1999 book Neighbors by Jan Gross. As a result, an investigation was started, and ever since the blame game is going on. Jewish groups claim that the Christian Poles were the perpetrators without any German contribution. Of course, nationalistic Poles do not like that, and so for instance, catholic priest Edward Orlowski claims:

"It's the Germans who put the Jews to death."

He also claimed to have proof the real killers were a German unit commanded by a Jewish General in German uniform. While attending a Mass to honor the Jedwabne Jews, Poland's Catholic Church leader Cardinal Josef Glemp asked Poland's surviving Jews to apologize for having brought Communism to Poland. (The New York Times, 2/8/03)

On March 20, 2003, hundreds of Swiss school children demonstrating peacefully against the US war against Iraq have been fired upon by riot police outside the US Mission in Geneva. The attack, witnessed by workers from the nearby World Health Organization, was unprovoked. The police were tear gassing innocent children. There were no adults among them.

US Journalist Sacked for Unwillingness to be a Parrot

NBC fired veteran reporter Peter Arnett on March 31, 2003, because he had given the Iraqi TV an interview in which he stated that the American-led coalition's initial plan for the war had failed because of Iraq's resistance. He also explained that his reporting about civil casualties and the general destruction supports the rising resistance of the US population against this war. Arnett's statements were considered detrimental to the coalition's war efforts. In the meantime, Arnett was hired by the British tabloid Daily Mirror to report about the war.

Telephone lines in the Justus Lipsius building in Brussels, a regular meeting place for EU ministers, have been bugged, which caused an outrage in the EU member nations. This building houses the secretariat of the EU Council of Ministers, and it was also the place were the EU's foreign ministers met during the week just prior to the war. This bugging operation was first reported by France's newspaper Le Figaro, blaming the US for this, because the US administration distrusts many EU nations due to their attitude against the war on Iraq. 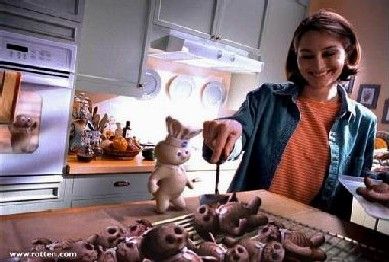