It Takes All Kinds: Muslims Invading a Jewish Racket

Manhattan College in 2011 took a bold step: it appointed as head of its Holocaust, Genocide and Interfaith Education Center a Muslim woman (who is, for what it’s worth, not Arab, and definitely not a convert to Islam from some other religion, or none). Dr. Mehnaz Afridi, born in Pakistan, is the third director to head the HGI Center, the first woman, and almost certainly the first Muslim.

Afridi’s appointment coincides with the college’s decision to embrace genocide in general within the center’s perview (http://tinyurl.com/ntdn82c), ending the Holocaust’s previous monopoly as the only genocide under consideration. The Center in fact seems to have acquired its present name after 15 years of existence under the rubric of The Holocaust Resource Center. Dr. Jeff Horn, the Center’s Jewish head for the previous four years, chose the occasion of the center’s expanded brief to step down and return to his post as head of the college’s History Department, but his public comments on the occasion were all supportive of his employer and its plans. 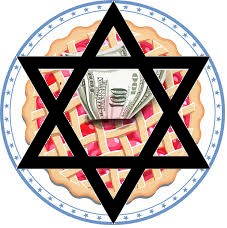 The appointment of a Muslim to such a post as this could be taken as an affront by Jews who regard the Holocaust as a Jews-only proposition, and sure enough, the redoubtable Dov Hikind, long-time New York Assemblyman for Brooklyn’s 48th District, entered the lists on this occasion with a broadside that faithfully reprised the exclusionist sentiment he expressed when objecting to the memorialization of gay victims of the Holocaust together in the same memorial that memorialized Jews. Said he, “The addition of Dr. Afridi and the expansion of the Center’s mission diminish the magnitude of the Holocaust as a defining Jewish event,” a remark that followers of Hikind will recognize as fairly conciliatory by his standards. His modest request: delete the word “Holocaust” from the name of the center, again an uncharacteristically reasonable-sounding demand from the Lion of Borough Park. Just what “Jewish” has to do with the “magnitude” of the occasion and whom or what it “defines” remain elusive, but this too is entirely consistent with the speaker’s character. He mentioned no objection to the past or present existence of the center within the precincts of a Catholic institution.

Afridi, of course, now makes her living from flogging the Holocaust, and even claims having performed some significant scholarship in the field. Her book, Shoah through Muslim Eyes, is due for release in July. It will be, like much of her career to date, a rather slim tightrope to be walking over a landscape studded with very dangerous mines. Some of her Muslim co-religionists, of course, fault her both for supporting the dubious Holocaust narrative that it is mandatory to support throughout Western academia and for insufficiently emphasizing the Nakba that Palestinians in their millions continue to suffer under to the present day, a neglect she may soon, but ever-so-gently find some latitude to mitigate in the coming years. One can only hope—or fear, according to one’s persuasion. In any case, though two other Jewish commentators were named and quoted at length (Pamela Geller and a past professor of Afridi’s), no Muslim commenter was named, nor quoted at any length in The New York Times. (http://tinyurl.com/kqyeoeb). Maybe the NYT dropped them as nonpersons (Mohammed who?). Or maybe the commenters are just afraid of something, and made Afridi promise not to give them away.

The prospective weakening of the uniqueness and/or Jewishness of World War II deaths of non-combatants in Europe at the instigation of the Germans heralded by this development might raise a glimmer of hope in that rarest of revisionists who might be called an optimist. But another take could throw cold water on that rose-tinted vision: the idea that Muslims (and Catholics) mean to horn in on the lucrative racket that is called Shoah Business, possibly reducing the slice of the pie that Jews can take for themselves. Certainly, the more cynical interpretation is one that better suits Hikind and his co-religionists generally in some eyes; but realistically, both prospects would seem likely to be troubling them, and the balance between the motives is for no human, not even the troubled themselves, to know for sure.

But the Holocaust juggernaut rumbles on, attracting more and more riders with every revolution of its massive wheels. We, over whose bodies the juggernaut rolls, can only hope that it will collapse under the weight of its burgeoning load, and finally come to a stop.