Andrew Gray, a writer and translator, is former office director in the US Department of Commerce. He lives in Washington, DC.

This is the second in the three-volume biography that promises to be one of the most intriguing and suggestive of our time. Lord Keynes, of course, deserves no less. Seldom has an intellect challenged accepted beliefs or traditional wisdom with deeper skepticism or vaster results. He was, in other words, a revisionist par excellence.

The first volume carried us through the writing of The Economic Consequences of the Peace – that indictment of the Versailles Treaty which reads as freshly today as when first penned, and which made the author world-famous. This book takes us through the writing of The General Theory of Employment, Interest, and Money, which changed the nature of "the dismal science." It concludes with the heart attack in 1937 that presaged a relatively early death but left time for the monumental achievement at Bretton Woods in 1944 – the design and eventual establishment of a workable world monetary order. 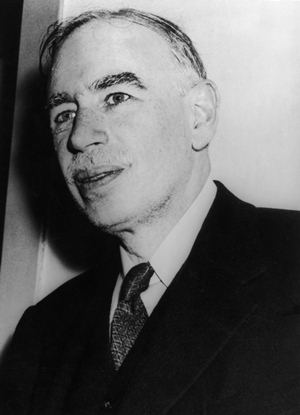 The author, now Lord Skidelsky, adores his subject. And why not? In what other individual in this century had such a panoply of gifts been united under one brow? And such a civilized man (though not always civil) – so convivial, so witty, so trenchant. The only trouble, from Lord Skidelsky's standpoint, is that Keynes was also strongly pro-German. For this he had not been easily forgiven either within the economics profession or outside it – and this aspect of his life and character is resolutely downplayed in this book.

Keynes sympathized with the German cause and predicament in the aftermath of World War I. This was revisionism in the grand manner, and with many parallels to the revisionism of our own time. Compare, for example, the war reparations claims of France and England (and the other Allies, too) of the 1920s with the "Holocaust" claims of recent decades. Much of what Keynes had to say about the former applies to the latter just as well. There was a reparations "industry," as well, with many income streams at stake and an attendant unwillingness to consider the harmful consequences of such continuous extortion. Keynes accused Allied statesmen and bankers of willful self-delusion, self-dealing, and propagandistic excess. It all has a familiar ring.

Actually, economists have widely admitted that Adolf Hitler was himself an unwitting Keynesian and even anticipated several doctrines of the The General Theory (first published in 1936). "Liquidity preference" and "marginal utility" were not concepts for which the Führer had precise German equivalents, but he well understood the "money illusion" and the practical remedies required when "effective demand" produced "equilibrium" at less than full employment. The extent to which Hitler employed actual Keynesian arguments in his attacks upon the Young Plan and the entire reparations system of the 1920s is an open question, as we lack transcripts of most of his speeches from these transitional years. It is more than likely, however, that the two men were saying much the same thing on the subject and at the same time. Lord Skidelsky regrettably does not go into all this.

Keynes himself underscored his sympathy for things German, and his awareness that the economic policies of the early National Socialist years were largely a prefiguration of his own doctrines, by contributing a special preface to a 1930s German edition of The General Theory. Skidelsky chooses not to go into this matter in any significant detail, but certainly not from lack of appreciation of its implicit import. He is, after all, the author of workmanlike and not unsympathetic 1975 biography of Sir Oswald Mosley, and has published widely on the subject of British fascism (a questionable but inevitable term).

Not that Keynes himself had personal sympathy for National Socialism, though he may have admired its "animal spirits." Nor was he anti-Semitic in any significant sense. The unease he causes today on this subject stems from the fact that he was also not specifically pro-Semitic. (Philosemitism seems to be a requirement in the economics profession these days.)

Much of the charm of this volume is rooted in the wholly improbable marriage of Keynes to a Russian ballerina, Lydia Lopokova. She steals the literary show much of the time with her muscovite English (such as her description of the Sitwell family as suffering from "undeveloped arrestedness"). An accomplished actress as well as dancer, she was up to her husband in a palpable but indefinable way – perhaps even in the manner of Cosima Wagner.