Misha (deWael) Defonseca was unquestionably a victim, if a “collateral” victim, of the Germans who were occupying her country of Belgium when she was four years old. They executed both of her parents after duly trying them as resistance fighters and finding them guilty. That all this, including their execution, was perfectly legal under the Geneva Convention that governed occupiers and occupied alike was of course lost on the four-year-old as it is lost today on the many adults under the sway of the slogan “German, bad; Resistance, good” at least as it pertains to World War II. Such is the verdict of “to the victor go the spoils.” 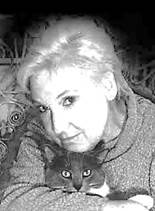 Misha soon realized that her parents were gone forever, and not long after that, she realized that the Germans/Nazis had taken them away from her. The rest was well lost along with the idea that, during the Holocaust, there was a war going on. Eventually, and quite understandably, Misha, a Catholic girl raised in occupied Belgium by her grandparents, conceived herself a victim of the Germans/Nazis in a more “mainstream” way, up to and including becoming a “Jew” by the time she lived with her husband, Mr. Defonseca, in New Jersey. It was sometime during this period that she conceived her tale of persecution and lupine salvation in the story that she presented to her synagogue’s congregation as “surviving with wolves,” a saga in which she walked across Europe from Auschwitz back to her home in the protective and nurturing company of a pack of wolves.

Publisher Jane Daniels got wind of this tale somehow in the mid-1990s and smelled the mother of all potboilers. Having approached Defonseca and finding her a bit wanting in tale-spinning ability in written English, she resourcefully paired her up with Vera Lee, a French-speaking former professor at Boston College, to ghostwrite the story. Here, as elsewhere, Daniels added impetus to the undertaking.

Ultimately, after a good deal of the midwifing that publishers used to be counted upon to provide, a book was published: title, Misha: A Mémoire of the Holocaust Years; author, Misha Defonseca. This was in 1997. Daniels’s hopes for major sales in the US were disappointed by sales that never topped 5,000 copies, but this calculus was upset entirely by two developments: (a) that sales in Europe of translations into French and other languages skyrocketed; and (b) that Disney Studios optioned the story for production as a film.

From that point, a feeding frenzy ensued that involved not only the New Jersey wolf Jane Daniels but those of another pack in Los Angeles known as the Palmer & Dodge Literary Agency, in fact the subsidiary of a law firm in that city. The smell of money was in the air, and the pack was in full cry. In particular, the European rights, by way of some subterfuge on the part of the lawyers in La La Land, were in play, and Daniels managed thereby to horn in on the millions of euros flowing from them. A detailed account (http://tinyurl.com/pkmzufx) of the interlocking bands of chicanery afoot was presented at findlaw.com, pursuant to one of the innumerable lawsuits filed and adjudicated over a period of twelve years in the overburdened courts of the Commonwealth of New Jersey. This 2005 action was not the final action of this legal saga, and it’s possible that the final action has not yet even been initiated, much less concluded. But it’s an excellent rundown for those interested in the tawdry details. 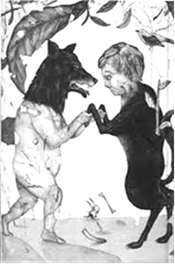 But another smell was in the air, that of fraud, and that fragrance attracts predators of an altogether different kind. But it took the verdict of Misha’s 2002 suit against her publisher for absconding with revenues from Europe that should have been Misha’s to attract the bloodhounds. That verdict, a jury trial in, yes, New Jersey, yielded a verdict of $7 million to Misha and $3 million to Lee, the ghostwriter. But the judge tripled these verdicts on the grounds that Daniels had deliberately committed fraud against her author and her ghostwriter, to $22 million and $9 million respectively. Daniels, who no doubt had suspected the story was bogus from the get-go, hired forensic genealogist Sharon Sergeant to run down proof of Misha’s fabrications. Whatever might be said of Daniels’s ethics or even her astuteness as chief executive officer and sole employee of Mt. Ivy Press (http://tinyurl.com/og9o4vm), she does seem to know how to go out and find talent. Sergeant quickly fetched up Misha’s background: she was, as mentioned above, a Catholic girl who grew up in Belgium during World War II and had never gotten near a concentration camp, nor wolves, for that matter.

Daniels also resorted to the Internet (http://tinyurl.com/q6mv6of) to plead her case, in a deceptive manner quite the equal of her author’s own incredible tale. Atrocity piled atop mendacity piled atop injustice piled atop deception. It’s all quite a story. As in all things Holocaust, be careful what you believe, and how firmly you believe it.

The news today is of an “award” in the busy courts of New Jersey of $22.5 million to . . . Jane Daniels from Misha Defonseca a.k.a. Monique deWael. So much time had elapsed since the original award of that same amount in the other direction in 2002 that Daniels, the wronged plaintiff, had to file a new action to reverse the award to the original fraudster, rather than simply appealing that original award and having it vacated. The wheels of justice, like those of fraud, deception, and opportunities for mulcting a gullible public, turn but slowly. But the money awarded Misha in 2002 was taken back, or was in all likelihood never paid over in the first place.

So, at the end of the day, has justice been done? The entire notion of justice seems to fade away among packs of wolves such as play the main parts in this saga, which has so far taken more than twice the length of time that the entire Holocaust (remember the Holocaust?) itself took. The amount taken from one wolf and given to another has been rescinded. Both wolves have made plenty of money from the deal, and it would appear that they will be able to keep it.

Except for wolf Jane Daniels, she who holds the tainted claim to having put this entire caper together. The 2002 award of $9 million from her to ghostwriter Vera Lee appears to stand. No doubt there will be numerous future actions with which the courts of New Jersey may busy themselves before that matter is settled, if indeed it ever is. But Vera Lee would appear, indeed, to be either an innocent or at least a neutral in this evil enterprise, and very much a victim of fraud perpetrated by Jane Daniels and her co-conspirators in Los Angeles. In any case, she seems to continue her own career of writing and publishing rather “above ground,” unlike the CEO of Mt. Ivy Press, who might be thought to have found it best to fade into obscurity with whatever millions she managed to hang onto from the Misha Wolves Caper.

Today’s report in the New Republic (http://tinyurl.com/k2ptlo9) of the latest, and one of the biggest, developments in this case ends with an arresting passage that includes one of the central claims of the account of the Holocaust that is protected by law in growing numbers of countries: “If ordinary German soldiers could take pleasure in bayoneting babies, if millions of people could be gassed and burned to ash, then why couldn’t a girl be raised by wolves?”

Indeed. This question is so very well asked. Maybe central aspects of the Holocaust story today swallowed by millions of people denied by law of any opportunity to hear any contrary view are fabrications fully as blatant and imaginative as Misha’s trek across Europe in the company of a nurturing pack of wolves.

It’s all so incredible.