When he died on January 7 [1995] in New York, the city where he was born in 1926 and spent most of his life, Murray N. Rothbard was the foremost libertarian thinker and activist of his age. With his passing, the world of unfettered scholarship has suffered a terrible loss. “As a libertarian figure,” commented Pat Buchanan, “he’s one of the giants of the postwar era.”

“I grew up in a Communist culture,” Rothbard once recalled. “The middle-class Jews in New York whom I lived among, whether family, friends, or neighbors, were either Communists or fellow-travelers in the Communist orbit. I had two sets of Communist Party uncles and aunts, on both sides of my family.” From the very beginning, though, “I was a right-winger and bitterly anti-socialist.”

“In one family gathering featuring endless pledges of devotion to ‘Loyalist’ Spain during the Civil War,” he recalled, “I piped up, at the age of 11 or 12, ‘What’s wrong with Franco, anyway?’… My query was a conversation stopper, all right, but I never received an answer.”

As a graduate student at Columbia University , Rothbard signed up in 1948 with “Students for Thurmond,” a pro-segregationist, states’ rights group that (he later recalled) included “one New York Jew, myself.”

For 22 years Dr. Rothbard taught economics at Brooklyn Polytechnic Institute, and from the mid-1980s he was S.J. Hall Distinguished Professor of Economics at the University of Nevada, Las Vegas.

Murray Rothbard’s writing was characterized by innovative insight and skepticism of all orthodoxy. His prodigious output – covering economic theory, politics, political theory, philosophy, sociology and history – included some 25 books and thousands of articles, essays, speeches and reviews, both popular and scholarly, that appeared in a wide range of journals, newsletters and newspapers.

Over the years Rothbard also served as editor or co-editor of Left and Right, Libertarian Forum and, at the time of his death, the Review of Austrian Economics, the Journal of Libertarian Studies, and the Rothbard-Rockwell Report.

Probably his most influential work is Man, Economy, and State (1962). Possibly the finest text on economic theory ever written, this book provides a scholarly exposition of “Austrian school” methodology in economics, with ground-breaking insights in monopoly theory and other areas.

His 1963 work, America’s Great Depression, is the first major text to offer a revisionist indictment of Herbert Hoover as a pre-New Deal interventionist. Meticulously and brilliantly, it lays the blame for the great social-economic catastrophe at the door of government action, particularly in the form of inflationary Federal Reserve Bank credit expansion.

Rothbard’s final work, a two-volume history of economic thought, brought together many hitherto largely ignored contributions to economic and political theory from sources as diverse as the ancient Chinese individualist anarchist Chuang Tzu to the economic contributions of the late medieval Spanish Scholastics. The work also convincingly deflates the overblown reputation of Adam Smith.

In a just world, Murray Rothbard would have received a Nobel Prize. 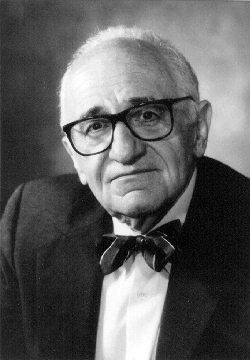 Throughout his adult life, Rothbard was a zealous champion of individual liberty and a fierce enemy of the “welfare-warfare” state. Early on he enlisted with the “Old Right” opponents of Franklin Roosevelt’s New Deal, and with the “America First” foes of foreign military intervention.

Uncompromisingly hostile to war and war propaganda, he was one of the few who remained true to his convictions even during the stifling Cold War era. Along with Garet Garrett, John T. Flynn and Harry Elmer Barnes, he continued steadfastly to oppose the US military-industrial complex and the military adventurism that is an integral part of its “perpetual war for perpetual peace” policy.

To the end Rothbard remained an eloquent enemy of the establishment, battling both its liberal and neo-conservative wings. (One of his last published articles was a Washington Post essay blasting Newt Gingrich and the Republican Party’s “Contract With America.”) He was consistently scornful of the conservative intellectual establishment, accusing National Review chief William Buckley of having “purged the conservative movement of the genuine right.” Ironically, his anti-government, anti-war views brought him into a tactical alliance with the New Left during the Vietnam War.

Rothbard embraced historical revisionism in all its facets, including taboo issues of the Second World War. He was a colleague of Harry Elmer Barnes, whose last published work, “Pearl Harbor After a Quarter Century,” appeared in a journal co-edited by Rothbard. He also contributed an essay to the magnificent anthology, Harry Elmer Barnes: Learned Crusader.

While not religious, Rothbard had great sympathy and respect for Christianity, particularly Roman Catholicism, which he regarded as largely responsible for creating and preserving Western culture. He detested the dismissive attitude toward religion, Western culture and traditional morality of many fellow libertarians.

Rothbard’s scholarly writings do not, understandably, convey his infectiously vivacious temperament or the warmth of his personality. As Joseph Sobran observed in a memorial tribute:

“To the end he retained his headlong intellectual energy, his wide curiosity, and that wonderful combination of decisiveness and open-mindedness: he held a thousand strong opinions, yet he was always ready to change his mind as reason and evidence warranted. He delighted in changing his mind, because it was a real, living mind, eager to grapple with reality and to be surprised by it. To him a new thought was like a birthday present… In his deepest cogitations there was something of a kid having fun.

“In person he was earthy, unpretentious and wonderfully funny. He was so much fun to be around that you could easily forget what an imposing thinker he was; it never occurred to him to impress people.”

Just weeks before his death, Rothbard expressed “jubilation” that a sterile era in American life seemed, at last, to be coming to an end. This was in a lengthy essay about the recent publication and impact of The Bell Curve, the bestselling book by Richard Herrnstein and Charles Murray.

“it was shameful and taboo for anyone to talk publicly or write about home truths which everyone, and I mean everyone, knew in their hearts and in private: that is, almost self-evident truths about race, intelligence, and heritability.

“What used to be widespread shared public knowledge about race and ethnicity among writers, publicists, and scholars was suddenly driven out of the public square by Communist anthropologist Franz Boas and his associates in the 1930s and has been taboo ever since.

“Essentially, I mean the almost self-evident fact that individuals, ethnic groups and races differ among themselves in intelligence and in many other traits, and that intelligence, as well as less controversial traits of temperament, are in large part hereditary.”

Comparing the impact of The Bell Curve to the bursting of a dam, Rothbard wrote that the book and its reception marks a “truly revolutionary” change in American society and thinking. “It looks as if the Left egalitarian blackout-and-smear gang has been dealt a truly lethal blow,” he joyfully concluded.

It is likely that, one day, the five decades following the end of the Second World War will be regarded as the most intellectually barren in American history. If our nation and way of life survive, future generations will remember Murray Rothbard with gratitude, recalling that during this bleak period he kept alive a precious light of sanity and reason, and cast it like a guiding beacon into the future.

His many friends and admirers – from the far left to the far right, and everywhere in between – will remember Murray Rothbard for his enthusiastic spirit, his irrepressible energy, his brilliant scholarship, and his passionate devotion to truth.